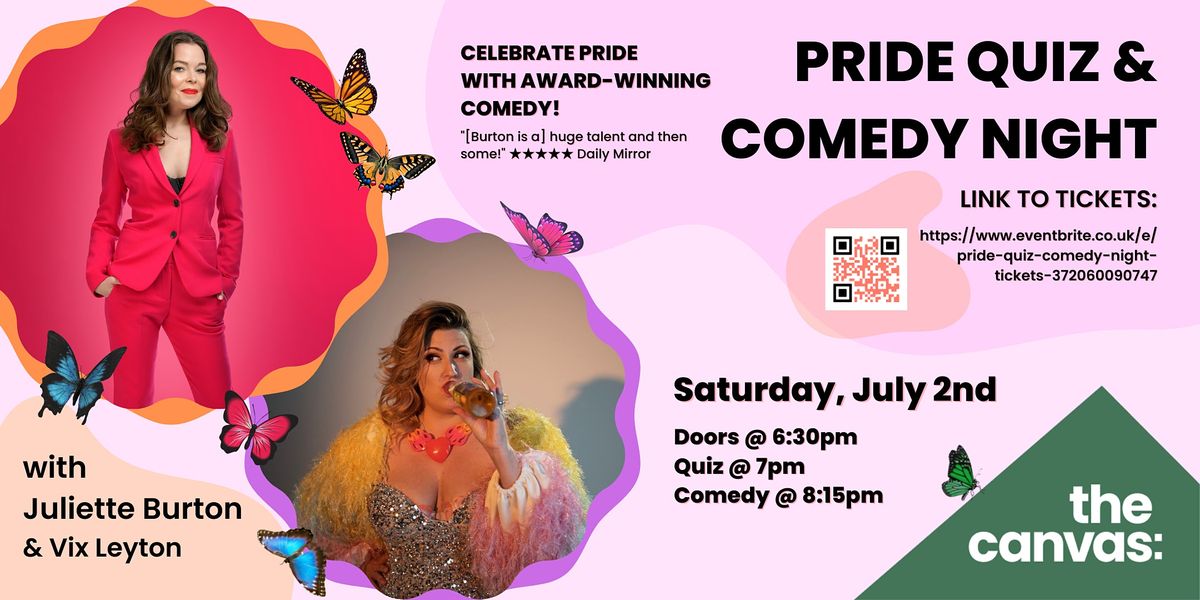 Pride celebrations are coming to Sydenham! Join us for a double event with a Pride-themed quiz hosted by Juliette Burton + Vix Leyton's Edinburgh fringe preview!

Join Juliette Burton, The Canvas: Sydenham general manager and an award-winning 5-star comedian, for a very special Pride-themed quiz! Juliette will have hopped off of a float at London Pride earlier that day and wants to bring all the glitter and rainbows from the parade to Sydenham. Join her for a celebratory and fabulous quiz followed by a comedy preview from one of her excellent comedian friends Vix Leyton!

Burton has been recognized by critics from all over the country, including...

- The Times Best Of Edinburgh Festivals 2018

"Burton - The fringe favourite" The Guardian

"Burton shows the world it's cool to be kind" Sunday Mail

"A force to be reckoned with. Educational and hilarious" ★★★★★ Edinburgh Festivals Magazine

Following Juliette will be another comedy preview by one of her excellent comedian friends, Vix Leyton! Read about her show below:

"A whirlwind show examining the multiple roles you play in your life and what happens when you break out of them. Everyone has that friend who tweeted something that altered the course of their life. If you don't, Vix is now yours. Part cautionary tale on keeping hold of yourself and not believing your own hype, part inspiration for anyone who might want to give a dream a go. It really could happen to you and there is power in saying yes to the things that scare you."

We're excited to welcome you, however you identify! Brings friends and be fabulous! 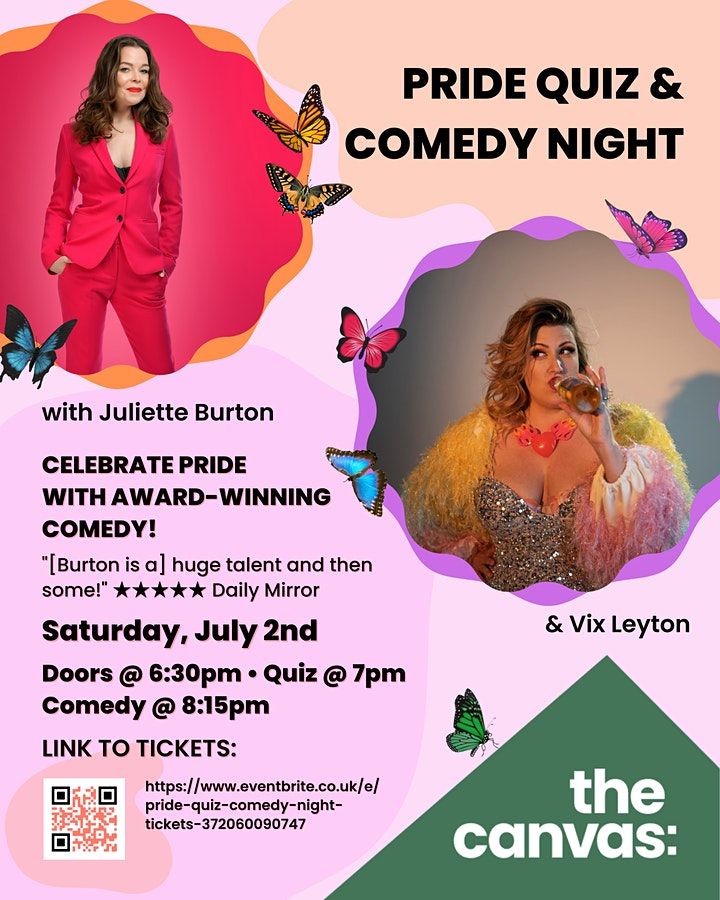