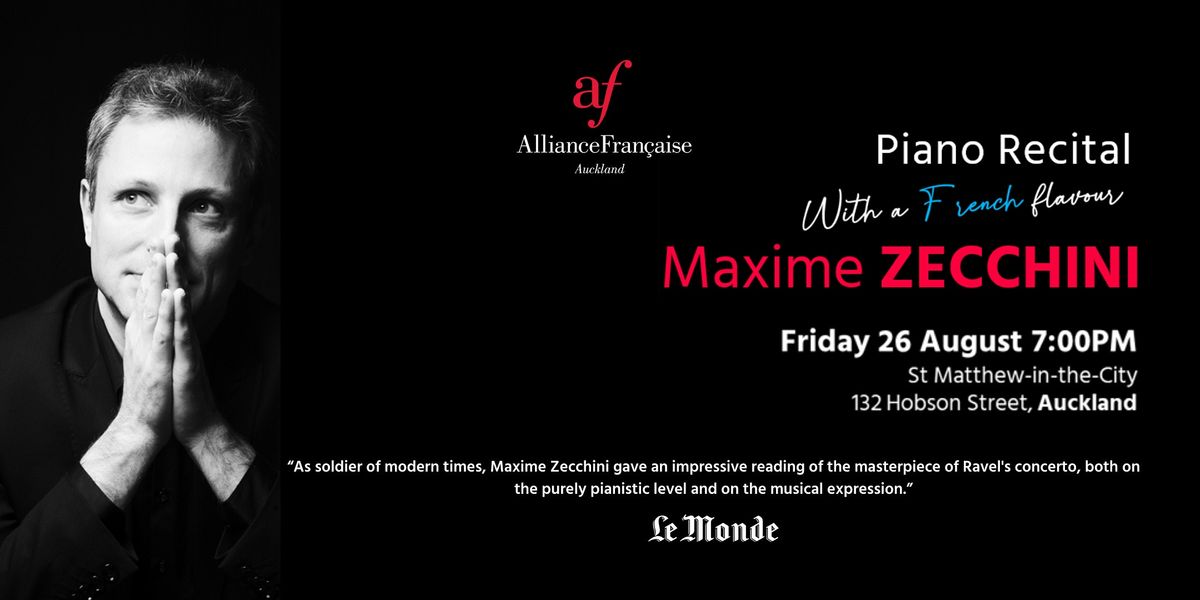 French pianist Maxime Zecchini appears in St Matthew-in-the-City making his Auckland debut. A specialist in left-hand repertoire, Zecchini has recorded the first 10-volume anthology of repertoire for the left-hand. In this concert he will perform a program that shows all the possibilities of the left-hand, from French classical masterpieces to film music.

MUSICAL JOURNEY FROM MOZART'S PIANO TO MUSICALS OF OUR DAYS:

Maxime Zecchini is the first French pianist to receive a degree from the prestigious "Incontri col Maestro Academy" in Imola (Italy), he is winner of the international competition in Arcachon, First Prize by unanimous decision of competition of Forum de Normandie, he was awarded the Cziffra Foundation Prize and the Ragusa-Ibla competition.

He won the First Prize by unanimous decision at the international competition at Varenna-Lake Como.

Door Sales from 6:30PM if tickets are available. Bookings are required to secure your spot. Limited availability.