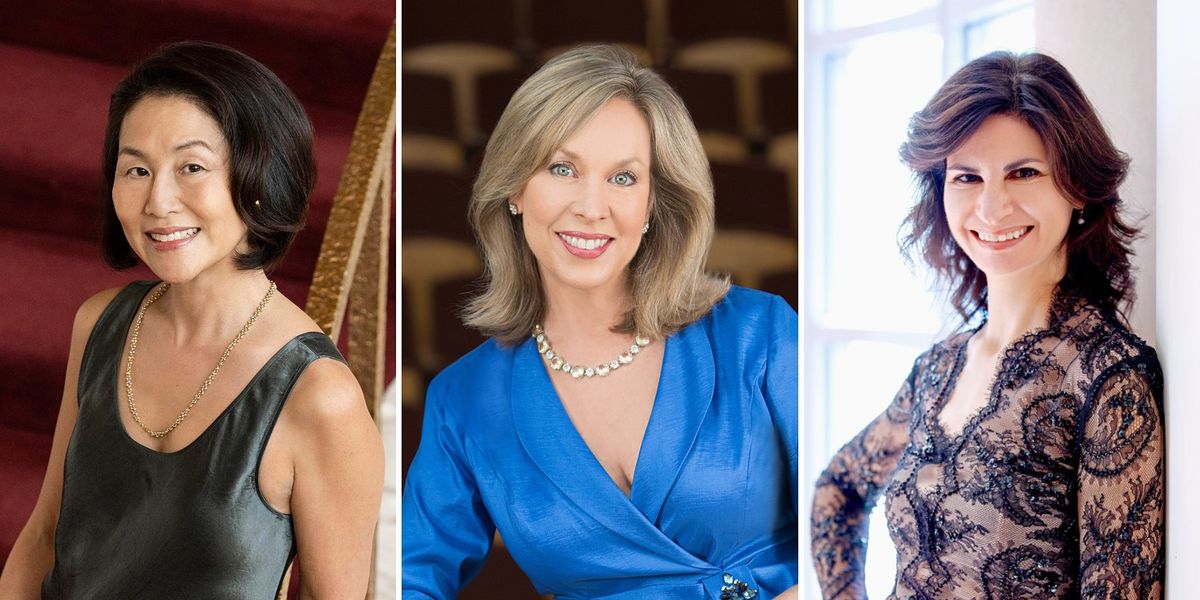 Kathryn Brown has performed around the globe as concerto soloist, recitalist and chamber musician. She is widely hailed for her interpretations from Mozart to Gershwin, as well as her premieres of the new music of today. She gave her New York recital debut at Weill Recital Hall at Carnegie Hall, and has also appeared in concert at New York’s 92nd Street Y. She has been featured on the Dame Myra Hess Memorial Concert Series in Chicago, and at Severance Hall, German Embassy in Cleveland, Philips Collection and Library of Congress in Washington, DC. Brown’s international highlights include concerts at Prague’s Rudolfinum Hall, University of London and National Theatre in Ghana, Africa. She has appeared on Columbia Artists’ Community Concert Series and performed an extensive tour of Sweden, Africa and Estonia as winner of the United States Information Agency (USIA) Artistic Ambassador Program. A recipient of the Darius Milhaud Prize, Brown is an advocate of contemporary music and has recorded and premiered works by Gian Carlo Menotti, Keith Fitch, David Tcimpidis, Margaret Brouwer, Michael Hersch and Matthias Pinscher. Brown has performed extensively as a chamber musician. Pianist and co-founder of the Myriad Chamber Players, a seventeen-member ensemble comprised of musicians of The Cleveland Orchestra and international soloists, Brown’s chamber music credits also include performances at the Marlboro Music Festival in collaborations with members of the Guarneri String Quartet and Beaux Arts Trio. She has also performed with the Cavani String Quartet, members of the Lincoln Center Chamber Players and The Verdehr Trio. She was featured with Dmitri Ashkenazy on Ravinia’s Rising Stars series, and has collaborated with many musicians from the world’s leading orchestras. Brown also performed at Carnegie Hall with The Cleveland Orchestra as orchestral keyboardist under the baton of Christoph von Dohnányi. She has been featured on the British Broadcasting Network, PBS Artistry of... series, Chicago’s WFMT Radio and NPR’s Performance Today. Brown’s discography includes releases on the Telarc, New World, Albany and Crystal labels. An accomplished singer and recitalist, Brown’s performance highlights include premieres at Severance Hall with The Cleveland Orchestra, as well as feature roles at the Aspen Music Festival and Tanglewood Music Center. Brown is an enthusiastic supporter of the education of young musicians and presents master classes, lectures and is a frequent juror of competitions nationally and internationally. She has performed and taught at numerous summer festivals. This past summer’s festival schedule included Pianofest in the Hamptons and the inaugural Silk Road International Keyboard Festival in Quanzhou, China. Brown’s principal teachers include Paul Schenly, Deborah Moriarty, Maria Curcio, Ralph Votapek, YongHi Moon and Julian Martin. Brown currently serves as Head of the Piano Department and Keyboard Division at the Cleveland Institute of Music.

With doctorates in both medicine and music, concert pianist and broadcaster Debra Lew Harder believes in the power of art to transform people’s lives. Born in Vermont of Korean parents, Debra Lew Harder started playing the piano by ear at age three. She began formal studies at six and made her orchestral debut at twelve. When she was sixteen, she performed and recorded the Ravel G Major Concerto with the World Youth Symphony. That year, she received a scholarship to study at the Peabody Institute, but chose instead to pursue a broader education and enrolled in a six-year combined Bachelor of Science/Medical Degree program at the Northeastern Ohio Universities College of Medicine. While studying medicine, she continued to perform in national chamber music concerts presented by the Si-Yo Young Artists Series.

After earning her medical degree, she practiced as an emergency room physician before earning a second doctorate in music, from the Ohio State University, where she studied with, and served as teaching assistant to, the legendary American virtuoso Earl Wild.

Since then, Debra has pursued a fulfiling career in music, as a solo and collaborative pianist, speaker, broadcaster, and educator. In 2016 she joined the on-air staff of WRTI-FM, a major market classical and jazz station in Philadelphia, and became the creator, host and producer of WRTI's popular Saturday Morning Classical Coffeehouse. In 2019 she was named Mid-day Host, responsible for the peak classical listening time for the station. She interviewed many of the world's elite conductors and performers for WRTI's Philadelphia Orchestra broadcasts, and hosts live broadcasts in the performance studio and in public with WRTI's community partners. She also frequently wrote about music and new recordings for wrti.org.

In 2021, Debra was named the new Radio Host for the Metropolitan Opera, where she serves as the “voice of the Met,” and hosts the live Toll Brothers-Metropolitan Opera Saturday Matinee Radio Broadcasts — the longest-running continuous classical music program in American radio history. She also hosts SiriusXM Channel 355 live broadcasts during the week, and interviews the incredible artists associated with each performance.

As a solo pianist, Debra has performed with orchestras and in solo performances at Wigmore Hall in London, The Dame Myra Hess Memorial Concert Series in Chicago, the Xavier University Piano Series in Cincinnati, American University in Washington, D.C., the Colorado Music Fest, the historic Barocksaal in Rostock, Germany, New York City’s Merkin Hall, Haverford College's Guest Artists Series, the Jefferson Medical College Dean's Concert Series, the Legg-Mason Annual Intellectual Capital Conference, on the Guest Artist Series at Temple University, at Camden-Rutgers University, and at Music at Bunker Hill. She recently performed Schumann's Piano Concerto in A minor with the Philadelphia Youth Orchestra, at Verizon Hall at the Kimmel Center for the Performing Arts. As a collaborative pianist, she has performed with many artists, including violinist Mark O'Connor and Philadelphia Orchestra members Barbara Govatos, Hirono Oka, Efe Balticigil, and concertmaster David Kim.

A devoted music educator, Debra is the co-director of Medicine + Music, a co-curricular program at Sidney Kimmel Medical College of Thomas Jefferson University. She was on the applied music faculty of Haverford and Bryn Mawr Colleges for many years. Her commitment to the arts community includes service on the boards of the William Appling Singers and Orchestra, the Advancement of Music Committee of the Presser Foundation, and on the East Asian Advisory Committee of the Philadelphia Museum of Art.

In recent seasons, Lomazov has performed extensively in China, including concerts in Shenyang, Shenzhen, Chengdu, Dalian, Guangzhou, Jinan, Nanjing, Qingdao and Yingkou. She is a frequent guest at music festivals in the U.S. and abroad, including Hamamatsu, Chautauqua, Brevard, Eastman, Burgos (Spain), Sulzbach-Rosenberg (Germany) and Varna (Bulgaria), among others. She has recorded for the Albany, Centaur and Innova labels and American Record Guide praised her recent recording of piano works by Rodion Shchedrin for its “breathtaking virtuosity”. She has been featured on National

Public Radio’s “Performance Today”, the “Bravo” cable channel and WNYC’s “Young Artist Showcase” and her recordings have been broadcast more than100 times by WNYC and WQXR in New York, WFMT in Chicago and WBGH in Boston.

Before immigrating to the United States in 1990, Marina studied at the Kiev Conservatory where she became the youngest First Prize Winner at the all-Kiev Piano Competition. Ms. Lomazov holds degrees from the Juilliard School and the Eastman School of Music, the latter bestowing upon her the highly coveted Artist’s Certificate – an honor the institution had not given a pianist for nearly two decades. Her principal teachers include Natalya Antonova, Jerome Lowenthal and Barry Snyder. Also active as a chamber musician, Lomazov has performed widely as a member of the Lomazov/Rackers Piano Duo. The duo garnered significant attention as Second Prize winners at the Sixth Biennial Ellis Competition for Duo Pianists (2005), the only national duo piano competition in the United States at that time. As advocates of modern repertoire for duo piano, they have given premieres of numerous works across the United States, including several works written specifically for them.

Ms. Lomazov is Ira McKissick Koger Professor of Piano at the University of South Carolina where she is Founder and Artistic Director of the Southeastern Piano Festival.