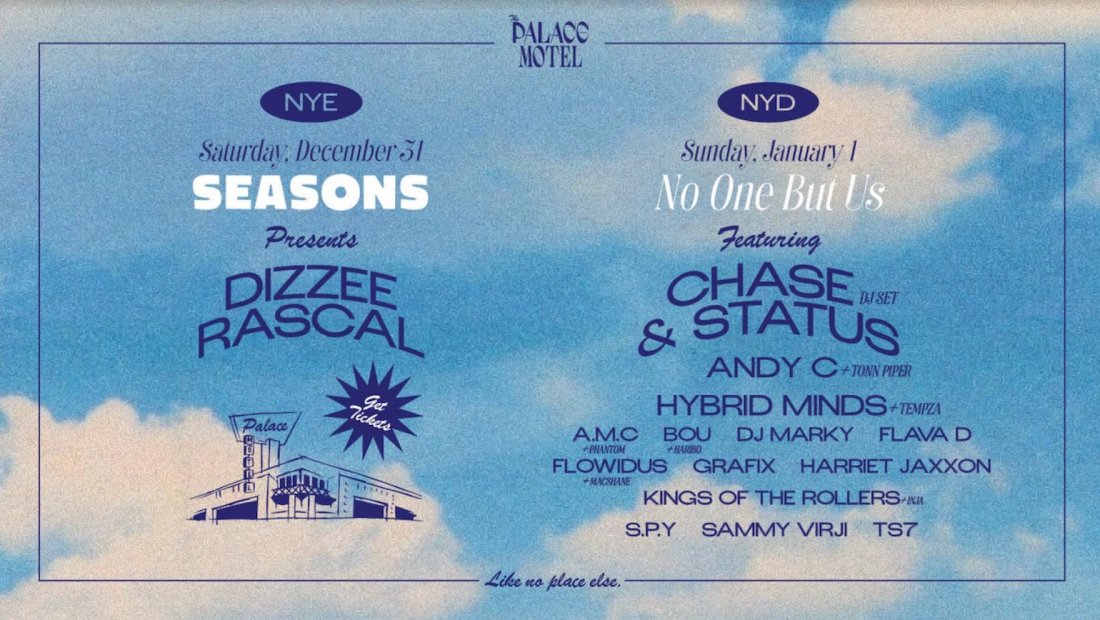 People of Perth are invited to check-in to Langley Park on December 31 with The Palace Motel officially opening its doors to host its inaugural new year's festival.

Promising an experience like no place else The Palace Motel is a new festival destination inspired by Palm Springs luxury and balmy summer nostalgia.

To kick off the countdown to 2023 British rapper Dizzee Rascal will take centre stage in an Australian exclusive performance at The Palace Motel’s first-ever New Year’s Eve event. Presented by Seasons The Palace Motel NYE will commence from 5:00pm on Saturday 31st December.

Celebrations will continue at The Palace Motel’s New Year’s Day event on January 1 from 1:00pm with an electronic and drum-and-bass music line-up presented by No One But Us.

Featuring the hottest tunes romantic cinematic experiences summer sun lounges surrounded by tall palms and a body of water — The Palace Motel is set to become the destination for NYD and NYE events in Perth promising nothing but good vibes and great music to start the year in style.

A new festival concept created by the team behind Origin Fields Seasons Inhibit and Palace Arcade; The Palace Motel promises to deliver a fresh and immersive experience.

Tickets for The Palace Motel’s NYE and NYD events will go on sale from 6:00pm AWST on Wednesday 3rd November 2022.

To register for tickets to The Palace Motel’s NYE and NYD events visit: https://www.thepalacemotel.com.au/

New-year in PerthFestivals in Perth