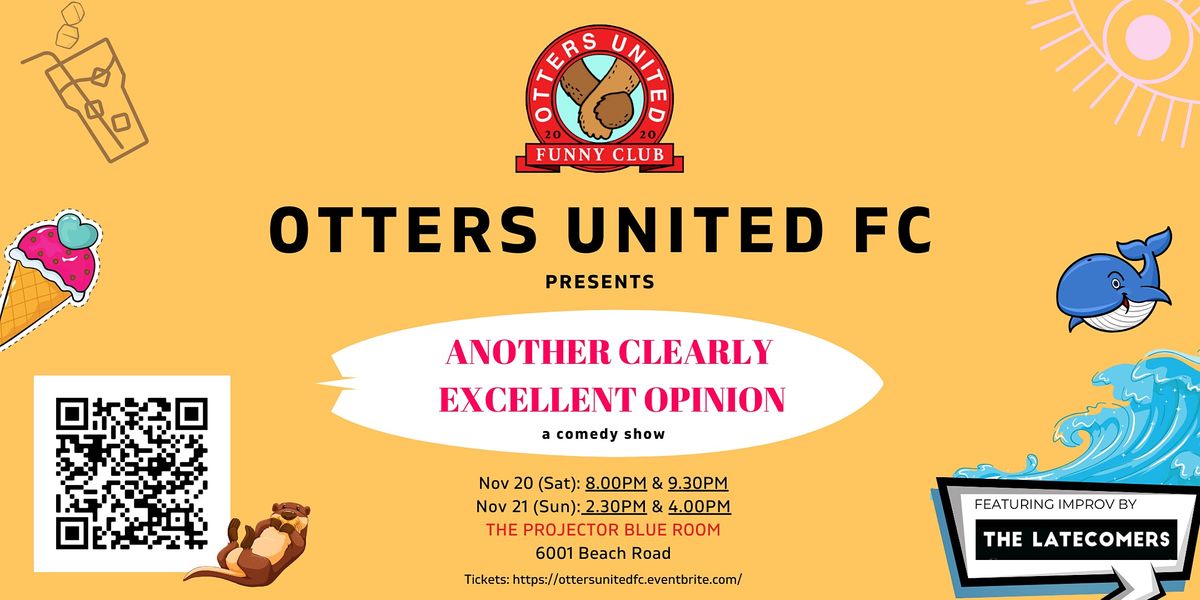 The triumphant return of Otters United Funny Club! We're back in action, this time at The Projector. See you there for some top notch sketch comedy.

Fully vaxxed hall. Group size is restricted due to COVID-19 distancing measures. You will be assigned a seat by an usher upon arrival.

No food or drink permitted in the Theatre.

Otters United FC is Singapore's hottest new sketch comedy team! We write and produce short comedy pieces for stage and screen, in the style of Key & Peele and Saturday Night Live. Members of our team have written and/or performed with Singapore Repertory Theatre, The Improv Company, Viddsee, Yale Cabaret, and more.

Formed in 2014, The Latecomers is an improv troupe that has performed in Hong Kong, the Philippines, Malaysia and stateside. Made up of members from stand-up, sketch and improvisation disciplines, The Latecomers is described as “hilarious”, “humourous” and “entertaining”, according to Thesaurus.