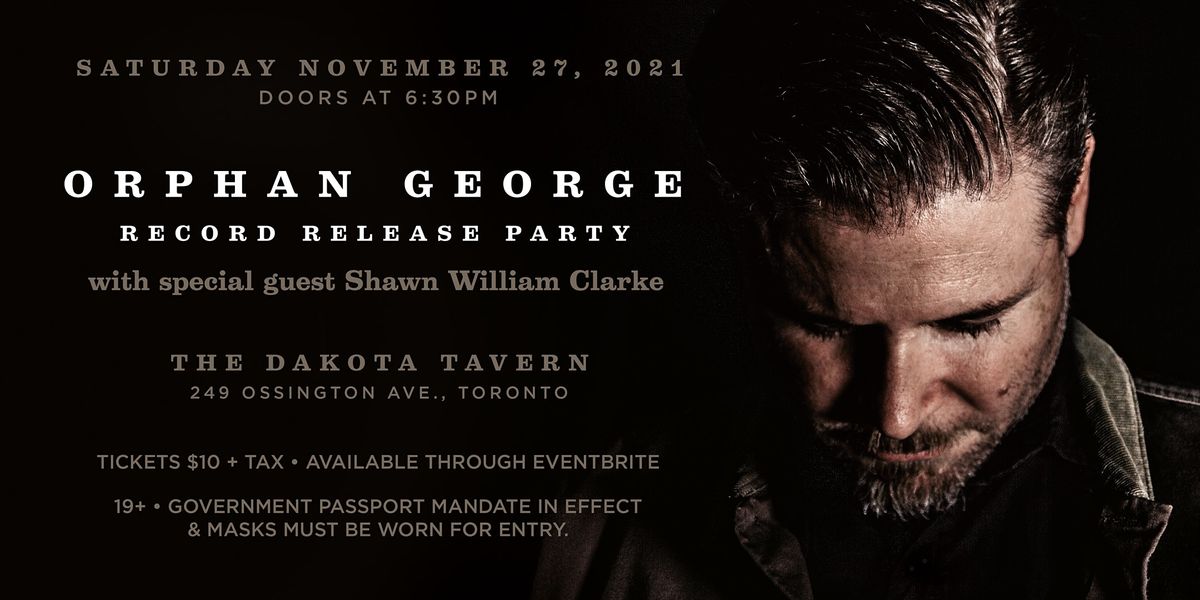 - This event is General Admission.

- Social distancing is no longer in effect.

Orphan George is a percussive flat-picking guitarist and his vocals are reminiscent of Roger McGuinn’s (The Byrds). Tom Waits, Bob Dylan & Steve Earle are among his greatest influences; along with numerous Canadian bands & artists he grew up watching - Skydiggers, Rheostatics, Daniel Lanois, Spirit of the West, Joel Plaskett, The Northern Pikes & Broken Social Scene.

Orphan George describes many of his songs as social commentaries, and his songs weave seamlessly between larger issues of humanity and personal moments and perspectives.