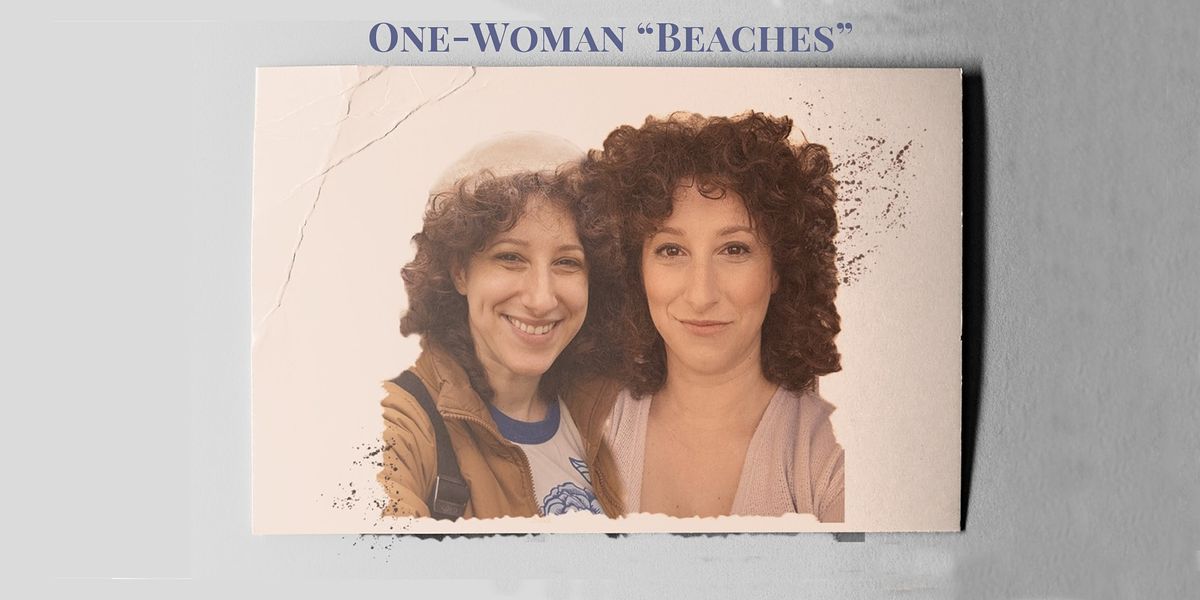 Advertisement
Inspired by a love of "Beaches," personal tales of Jewish musical theater camp and friendship are woven into the classic '80s sobfest.
About this Event

This is the movie “Beaches” told by one woman. And that woman is Alisa Rosenthal, reinterpreting live the classic ‘80s sobfest of female friendship, love, death, and big hair. Weaving together tales from her own summers spent at Jewish musical theater camp run by two kooky old sisters who made their names doing one-woman musicals in the Catskills in the '60s, this show begs the question, who is the wind beneath your wings?

For one show only, join Alisa Rosenthal and Alisa Rosenthal in the lounge at the historic Music Box Theatre for a live matinee of a tale really only intended for VHS. $10 suggested donation.