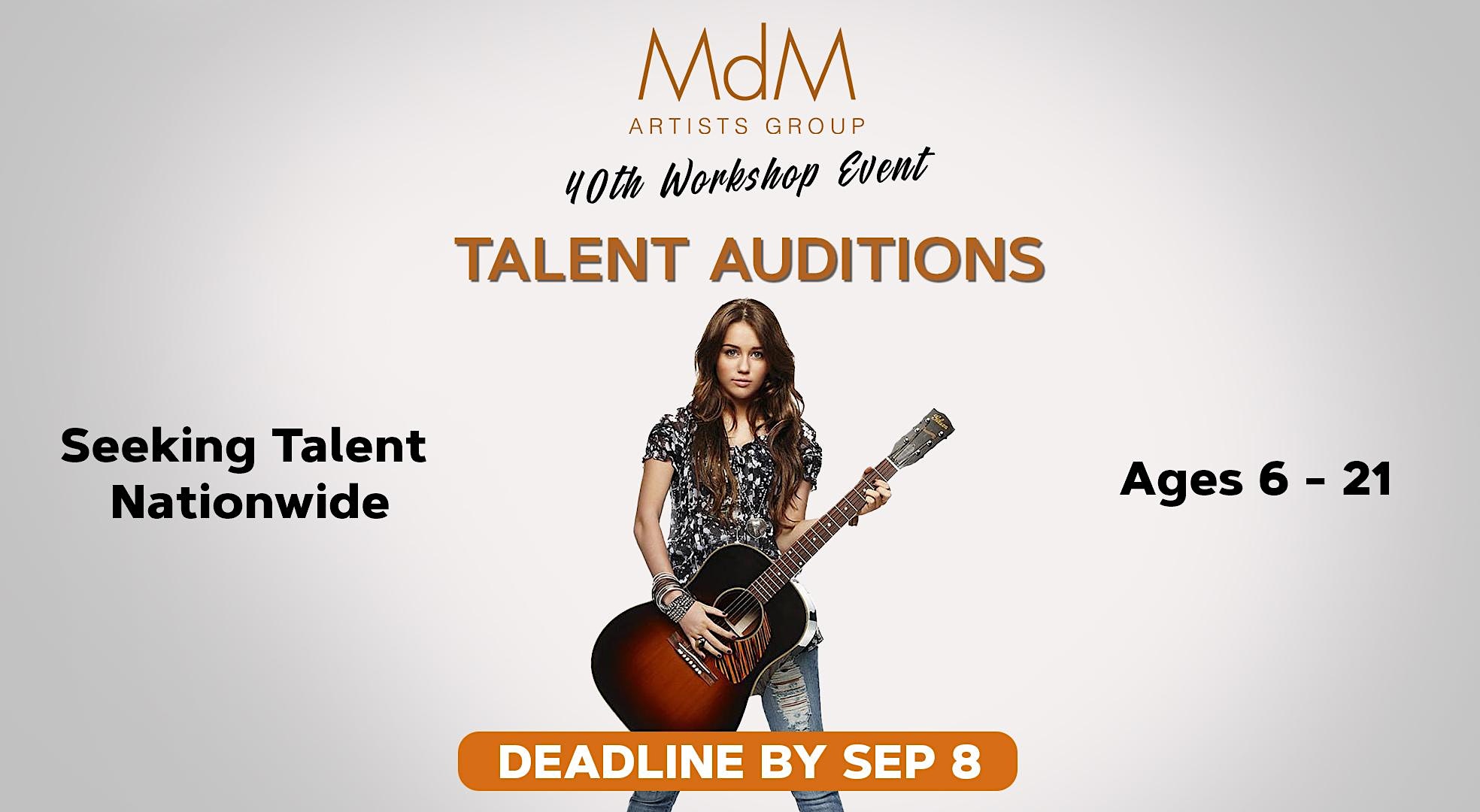 Advertisement
Seeking actors, models, and singers to participate in our 40th youth talent workshop and industry panel discussion in the metro DMV.
About this Event

Seeking talent to participate in a Youth Talent Workshop & Panel Discussion. Coordinator states: "Are you hungry for a top talent agent? Finding it hard to get your foot in the door? Tired of waiting for auditions to come? Well, look no further as we're seeking actors, models, and singers to participate in our 40th youth talent workshop and industry panel discussion in the metro DMV.

Over 300 NYC and LA agency contracts have been awarded to our participants, which include A-3 artists agency, innovative artists, paradigm talent, BMG model and talent, Carson Adler Agency, CESD, clear talent group, Jordan, Gill & Dornbaum, DDO and many more; in addition, talent has also been offered management contracts with MDM management and television and film opportunities through its sister company, arb productions, inc.

Recent success stories of former workshop participants include Emmy-nominated Asante Blackk, who starred in the Netflix miniseries 'When They See Us,' and now starring in the hit series 'This Is Us' on NBC; Rey Rey Terry, who has a featured role in the blockbuster sequel 'Wonder Woman 1984' starring Gal Gadot; Austin Wedderburn, who is set to star in the new Amazon Prime series, 'The Johnnie & Sander Stories,' airing in 2021; Aidan Leibman, who was on two seasons of Fox's 'Mr. Robot' with Christian Slater and Rami Malek; David Soltani, who just guest-starred on CBS's FBI by Dick Wolf one month after getting signed; Divya Mukhara, who also just landed a starring role on an upcoming HBO series."