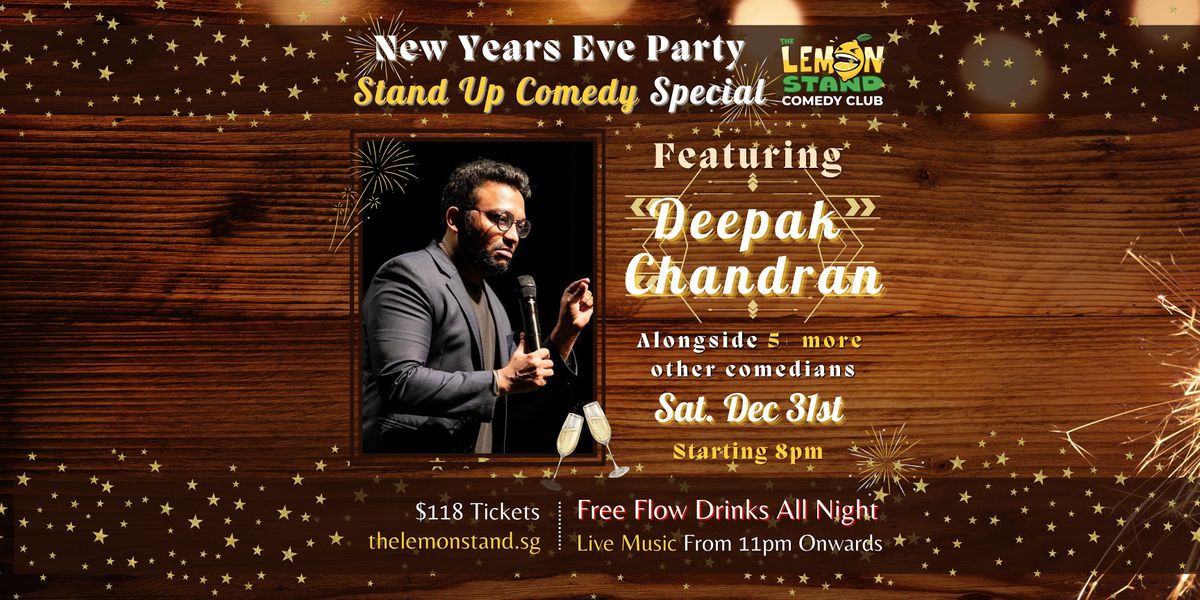 Advertisement
Join us this New Years Eve for a hilariously glamorous NYE Comedy bash! Laughter drinks, music and good company!
About this Event

J﻿oin us this New Years Eve for The Lemon Stand's very first NYE Stand Up Comedy Party! We'll be serving free flow drinks and popcorn while you sit back, relax and enjoy some of the best Stand Up Comedy in Singapore. If you haven't been to The Lemon Stand Comedy Club yet THIS is your chance to snag some of the best tickets for one of the BEST shows we've ever put on! We are pulling out all the tricks for an amazing night.

O﻿ur Headlining comic is the great Comedian Deepak Chandran, originally from India has been slaying the comedy scene all over Asia and the world performing in some of the best Stand Up Comedy Shows in Singapore as well as performing for thousands of happy people all over the world. He will be joined by a secret mighty cast of 5+ other hilarious Comedians so you can discover more great talent in Singapore!

Starting from 8pm - 9:30 will be an amazing first half comedy show you can't miss

9﻿:30pm - 10pm we'll take a short break for you to grab another round of free drinks or use the restroom.

W﻿e will be taking a brief pause to do a Countdown to Midnight and ring in the New Year among good friends and loved ones.

W﻿e are excited to have you join us! Grab your tickets now!