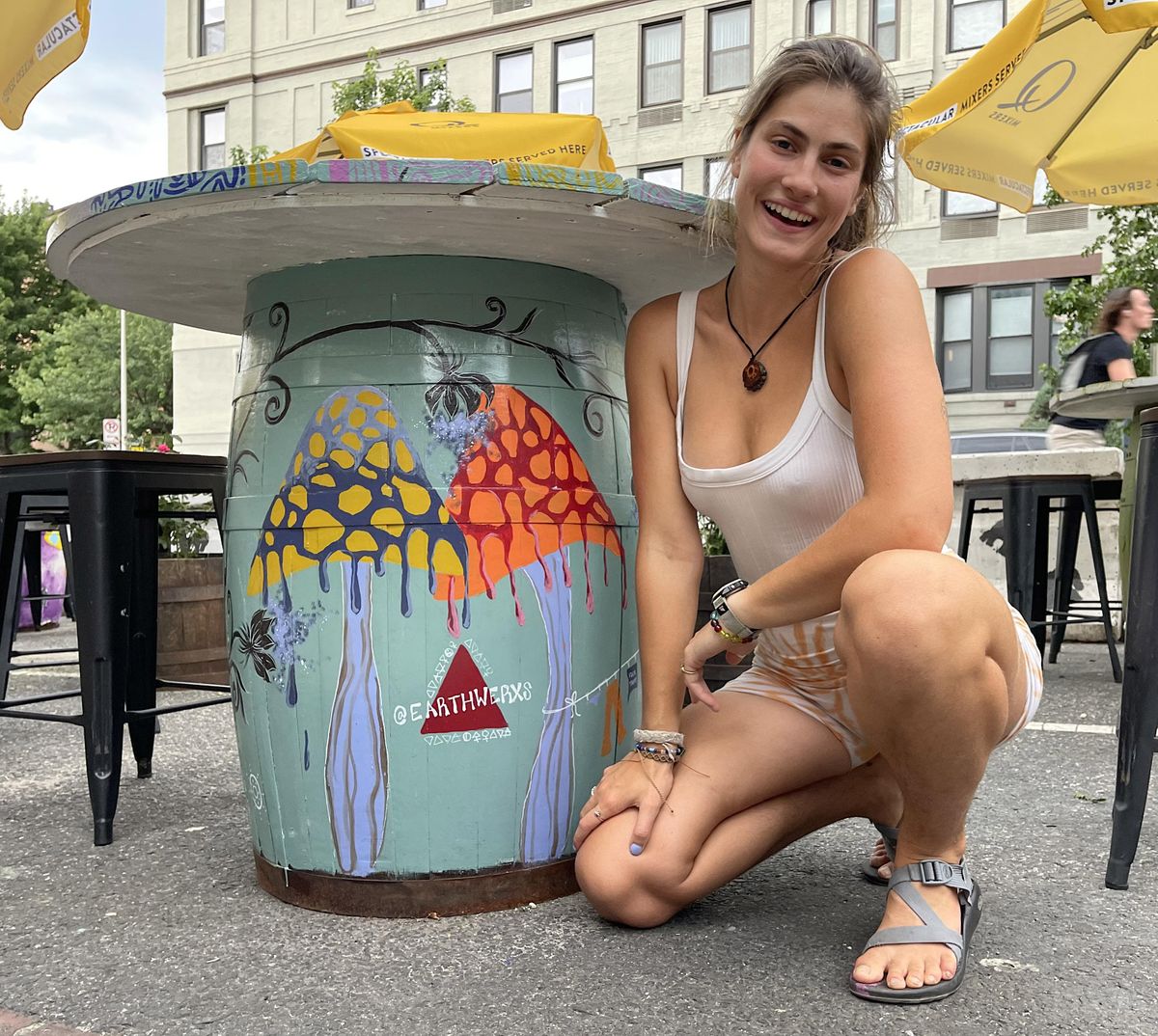 Throughout the month of August, sPACYcLOUd, an eastern European vegan restaurant, will be introducing a variety of mushroom dishes, educational events and community gatherings to learn about the fantastic fungi. The love and appreciation of mushrooms were cultivated in the early life of Tati Kolina, the founder of sPACYcLOUd.

Kolina, who is mixed Ukrainian and Russian, spent her childhood summer months visiting her grandmother in Oxapkino, a village in the remote wilderness on the outskirts of Siberia where Kolina and her cousins would spend full days foraging for mushrooms and picking berries in the nearby forests.

“It was a magical childhood,” she says. “I’m grateful for the experience growing up surrounded by nature and learning how to eat from the garden and what we found in the forest.”

Kolina’s grandmother taught her how to forage, much like how each region and each forest community passed on their unique knowledge to the next generation about their own distinct mushroom varieties. Kolina is eager to share her knowledge with the DC community.

Her restaurant has unveiled dishes like Mushrooms Goulash with sauteed mushrooms, cabbage, quinoa and homemade hummus. There’s also the Mushroom Ecstasy dish with sauteed kale, peasant potatoes — and an edgy name, a reference to the controversial, but changing, landscape for social acceptance of some psychedelics. All the dishes, however, are made with edible, non-hallucinogenic mushrooms.

Just like how activists, writers and cultural figures are helping society open up to the power of mushrooms in probing our consciousness and mental awareness, Kolina feels like her restaurant can play a role as well.

In addition to the food, sPACYcLOUd will show several documentaries including “How to Change Your Mind” and “Fantastic Fungi.” There will also be special guests, mushroom enthusiasts, and community gathering.

“I’ve grown up entranced by the world of mushrooms on the outskirts of Siberian forest,” Kolina said. “As I learn more about the amazing mycelium network and the richness and protein nutrients of mushrooms through documentaries and my own research, I wanted to use the platform I have with my vegan restaurant to share this knowledge with the community in a safe space.”

While customers enjoy the food offerings and soak in the events, they will also be treated to the music of DJ Mushroom Solfeggio who uses the “sounds” emitted by mushrooms to spin music. Come join sPACYcLOUd to learn how and for a merry mix of mushrooms, education and community engagement in August!