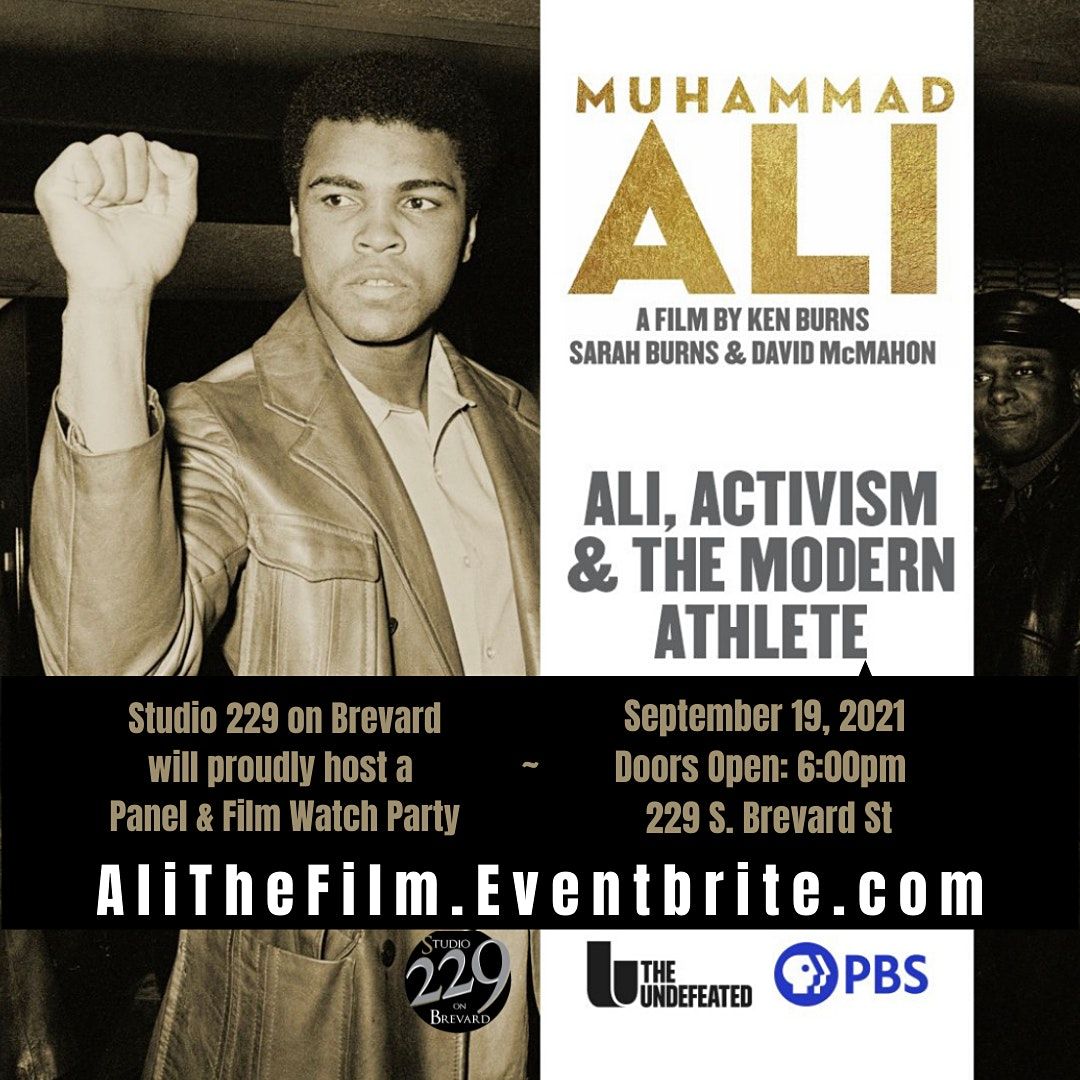 Join us for a meaningful chat with a panel of experts regarding the life of a legend, Muhammad Ali, followed by a Film Debut Watch Party
About this Event

Join Studio 229 on Brevard and the Brooklyn Collective in Partnership with PBS as we bring you an insightful and fun evening in celebration of a legend, Muhammad Ali. This is a Community Event so there is no cost for admission, however you must register to attend.

About the film: The PBS and ESPN film, Muhammad Ali Bigger Than Boxing, Larger Than Life, surveys one of the best-known and most indelible figures of the 20th century, a three-time heavyweight boxing champion who captivated millions of fans throughout the world with his mesmerizing combination of speed, grace, power in the ring, as well as charm and playful boasting outside of it. Ali insisted on being himself unconditionally and became a global icon and inspiration to people everywhere. This film focuses on his brazen outspokenness and unsurpassed boxing skills that made him a heroic symbol of black masculinity to African Americans across the country and captured his life after boxing when Parkinson’s Syndrome had all but silenced him as an international hero and a symbol of freedom and courage.

The Flow of the Evening:

Gerard Watson and Errick Curtis-Pulley (Founders of The Urban Graduates)

~ Intermission- Bites & Adult Drinks will be available for purchase

Parking is not owned by the venue.

Please pay the appropriate pay station for the lot you choose to park in. 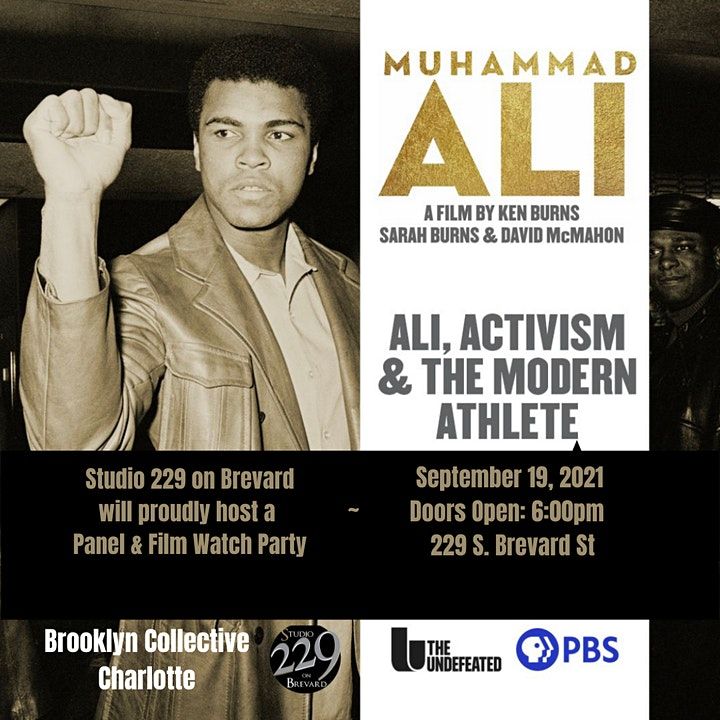