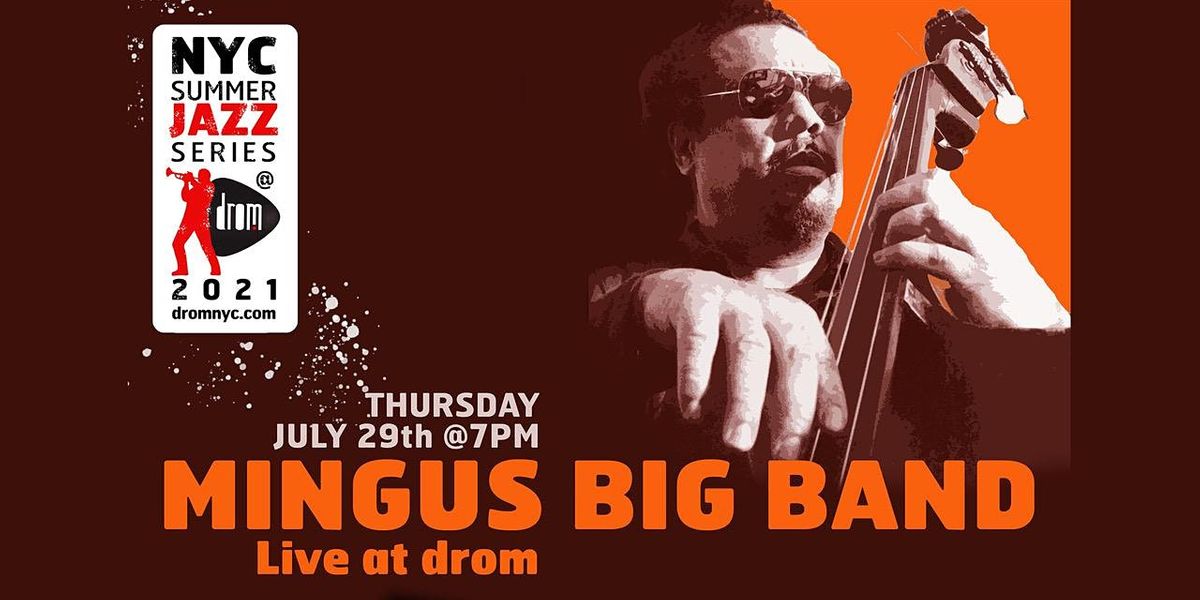 The Mingus Big Band celebrates the music of composer/bassist Charles Mingus, who died in 1979. Under the artistic direction of Sue Mingus, this 14-piece band performed Thursday nights from 1991 to 2004 at Fez under Time Cafe in New York City. It maintained weekly residencies in the city from May 2004 until October 2008, when it began "Mingus Mondays" at Jazz Standard where it alternates with the Mingus Orchestra and Mingus Dynasty. Mingus Mondays became a NYC institution and Monday night stronghold for over 12 years, only halted by the COVID-19 pandemic. The Mingus Big Band tours extensively in the United States and abroad, and has ten recordings to its credit, seven of which have been nominated for Grammys.

One of the most important figures in twentieth century American music, Charles Mingus was a virtuoso bass player, accomplished pianist, bandleader and composer. Born on a military base in Nogales, Arizona in 1922 and raised in Watts, California, his earliest musical influences came from the church-- choir and group singing-- and from "hearing Duke Ellington over the radio when [he] was eight years old." He studied double bass and composition in a formal way (five years with H. Rheinshagen, principal bassist of the New York Philharmonic, and compositional techniques with the legendary Lloyd Reese) while absorbing vernacular music from the great jazz masters, first-hand. His early professional experience, in the 40's, found him touring with bands like Louis Armstrong, Kid Ory and Lionel Hampton.

Eventually he settled in New York where he played and recorded with the leading musicians of the 1950's-- Charlie Parker, Miles Davis, Bud Powell, Art Tatum and Duke Ellington himself. One of the few bassists to do so, Mingus quickly developed as a leader of musicians. He was also an accomplished pianist who could have made a career playing that instrument. By the mid-50's he had formed his own publishing and recording companies to protect and document his growing repertoire of original music. He also founded the "Jazz Workshop," a group which enabled young composers to have their new works performed in concert and on recordings.

Mingus soon found himself at the forefront of the avant-garde. His recordings bear witness to the extraordinarily creative body of work that followed. They include: Pithecanthropus Erectus, The Clown, Tijuana Moods, Mingus Dynasty, Mingus Ah Um, The Black Saint and the Sinner Lady, Cumbia and Jazz Fusion, Let My Children Hear Music. He recorded over a hundred albums and wrote over three hundred scores.

Although he wrote his first concert piece, "Half-Mast Inhibition," when he was seventeen years old, it was not recorded until twenty years later by a 22-piece orchestra with Gunther Schuller conducting. It was the presentation of "Revelations" which combined jazz and classical idioms, at the 1955 Brandeis Festival of the Creative Arts, that established him as one of the foremost jazz composers of his day.

In 1971 Mingus was awarded the Slee Chair of Music and spent a semester teaching composition at the State University of New York at Buffalo. In the same year his autobiography, Beneath the Underdog, was published by Knopf. In 1972 it appeared in a Bantam paperback and was reissued after his death, in 1980, by Viking/Penguin and again by Pantheon Books, in 1991. In 1972 he also re-signed with Columbia Records. His music was performed frequently by ballet companies, and Alvin Ailey choreographed an hour program called "The Mingus Dances" during a 1972 collaboration with the Robert Joffrey Ballet Company.

He toured extensively throughout Europe, Japan, Canada, South America and the United States until the end of 1977 when he was diagnosed as having a rare nerve disease, Amyotrophic Lateral Sclerosis. He was confined to a wheelchair, and although he was no longer able to write music on paper or compose at the piano, his last works were sung into a tape recorder.

From the 1960's until his death in 1979 at age 56, Mingus remained in the forefront of American music. When asked to comment on his accomplishments, Mingus said that his abilities as a bassist were the result of hard work but that his talent for composition came from God.

Mingus received grants from the National Endowment for the Arts, The Smithsonian Institute, and the Guggenheim Foundation (two grants). He also received an honorary degree from Brandeis and an award from Yale University. At a memorial following Mingus' death, Steve Schlesinger of the Guggenheim Foundation commented that Mingus was one of the few artists who received two grants and added: "I look forward to the day when we can transcend labels like jazz and acknowledge Charles Mingus as the major American composer that he is." The New Yorker wrote: "For sheer melodic and rhythmic and structural originality, his compositions may equal anything written in western music in the twentieth century."

He died in Mexico on January 5, 1979, and his wife, Sue Graham Mingus, scattered his ashes in the Ganges River in India. Both New York City and Washington, D.C. honored him posthumously with a "Charles Mingus Day."

After his death, the National Endowment for the Arts provided grants for a Mingus foundation created by Sue Mingus called "Let My Children Hear Music" which catalogued all of Mingus' works. The microfilms of these works were then given to the Music Division of the New York Public Library where they are currently available for study and scholarship - a first for jazz. Sue Mingus has founded three working repertory bands called the Mingus Dynasty, Mingus Orchestra, and the Mingus Big Band, which continue to perform his music. Biographies of Charles Mingus include Mingus by Brian Priestley, Mingus/Mingus by Janet Coleman and Al Young, Myself When I Am Real by Gene Santoro, and Tonight at Noon, a memoir by Sue Mingus.

Mingus' masterwork, "Epitaph," a composition which is more than 4000 measures long and which requires two hours to perform, was discovered during the cataloguing process. With the help of a grant from the Ford Foundation, the score and instrumental parts were copied, and the piece itself was premiered by a 30-piece orchestra, conducted by Gunther Schuller, in a concert produced by Sue Mingus at Alice Tully Hall on June 3, 1989, ten years after Mingus' death.

The New Yorker wrote that "Epitaph" represents the first advance in jazz composition since Duke Ellington's "Black, Brown, and Beige," which was written in 1943. The New York Times said it ranked with the "most memorable jazz events of the decade." Convinced that it would never be performed in his lifetime, Mingus called his work "Epitaph," declaring that he wrote it "for my tombstone.”

"The Library of Congress purchased the Charles Mingus Collection, a major acquisition, in 1993; this included autographed manuscripts, photographs, literary manuscripts, correspondence, and tape recordings of interviews, broadcasts, recording sessions, and Mingus composing at the piano.

Reprinted in part from More than a Fake Book © 1991 Jazz Workshop, Inc. 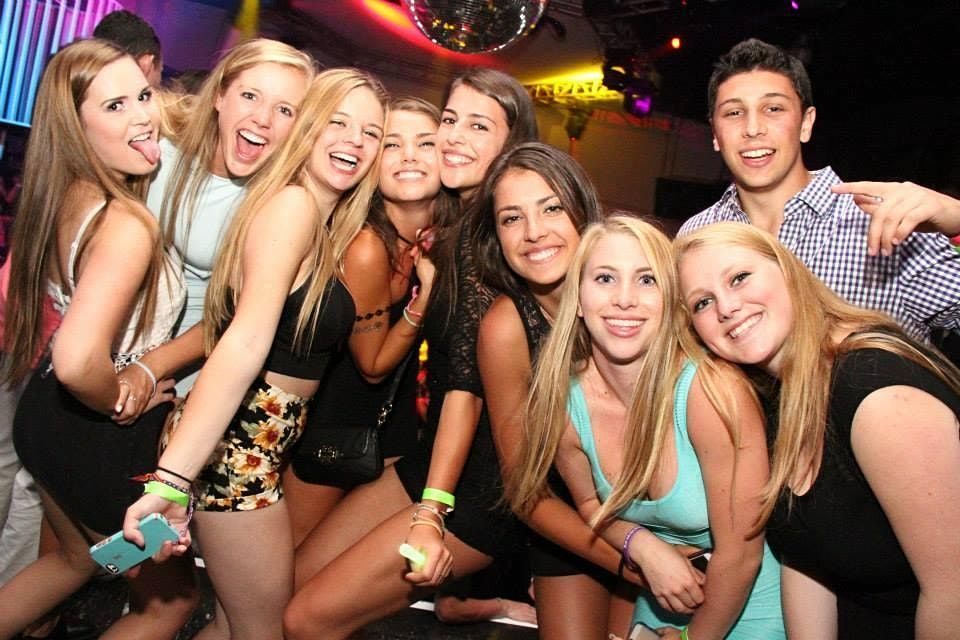 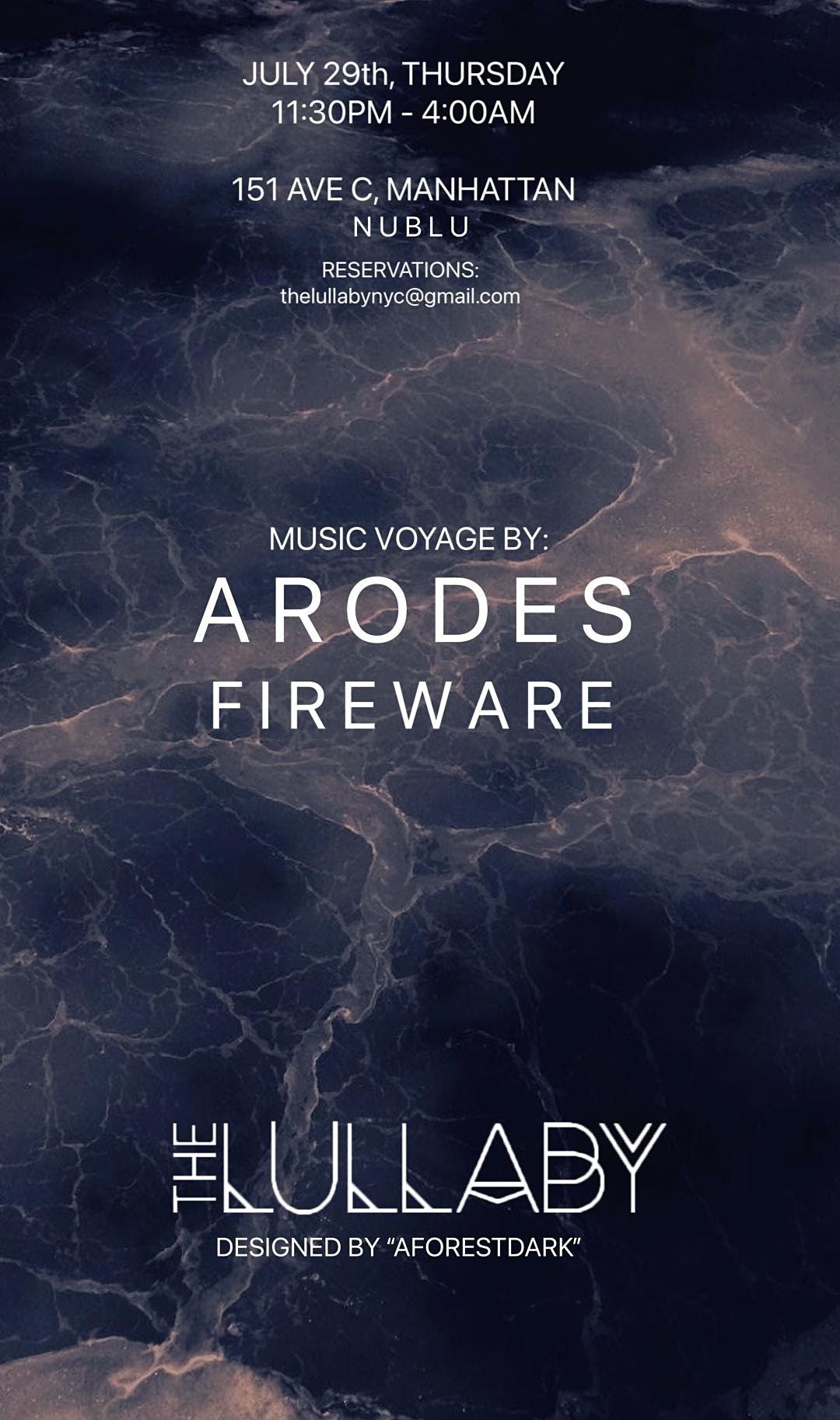 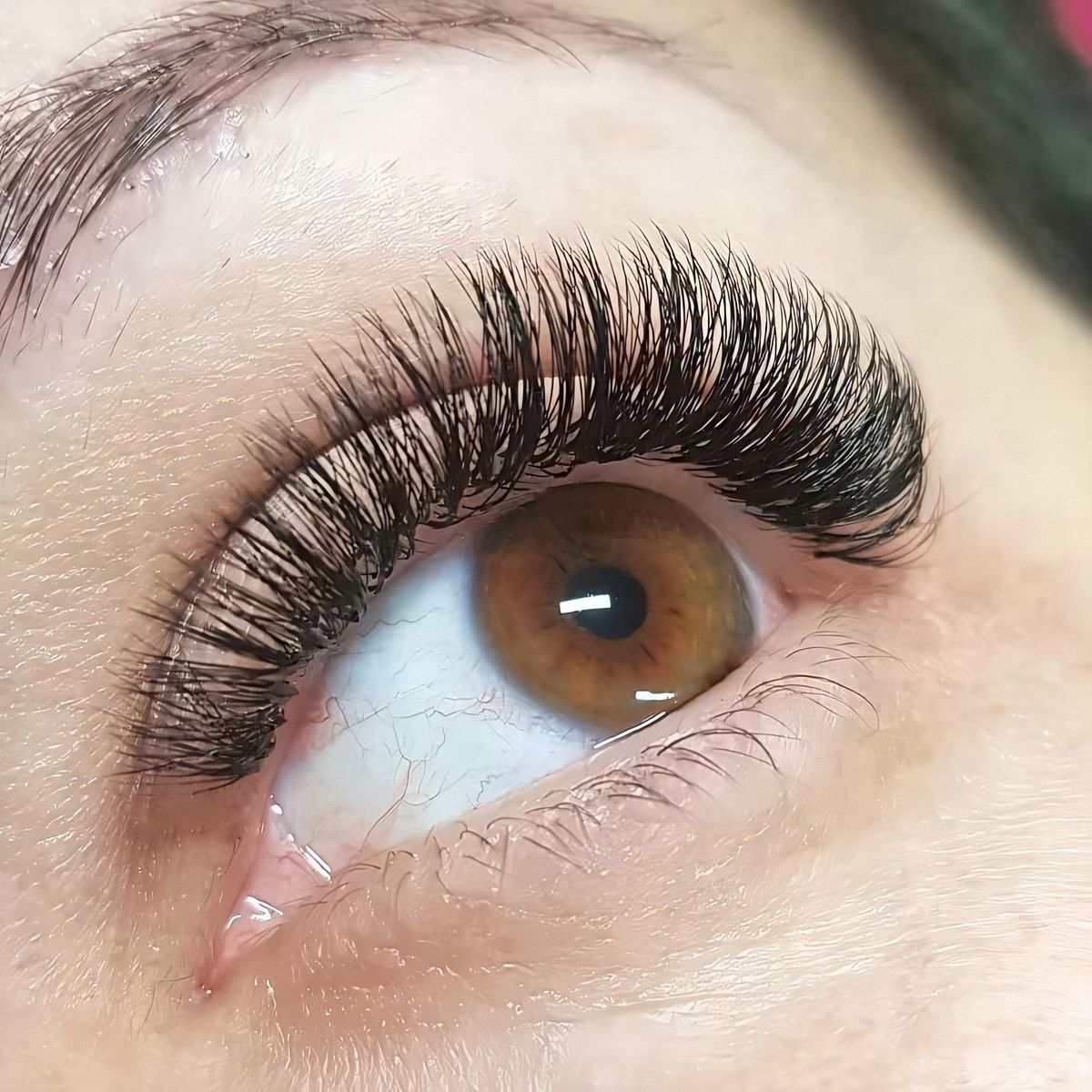 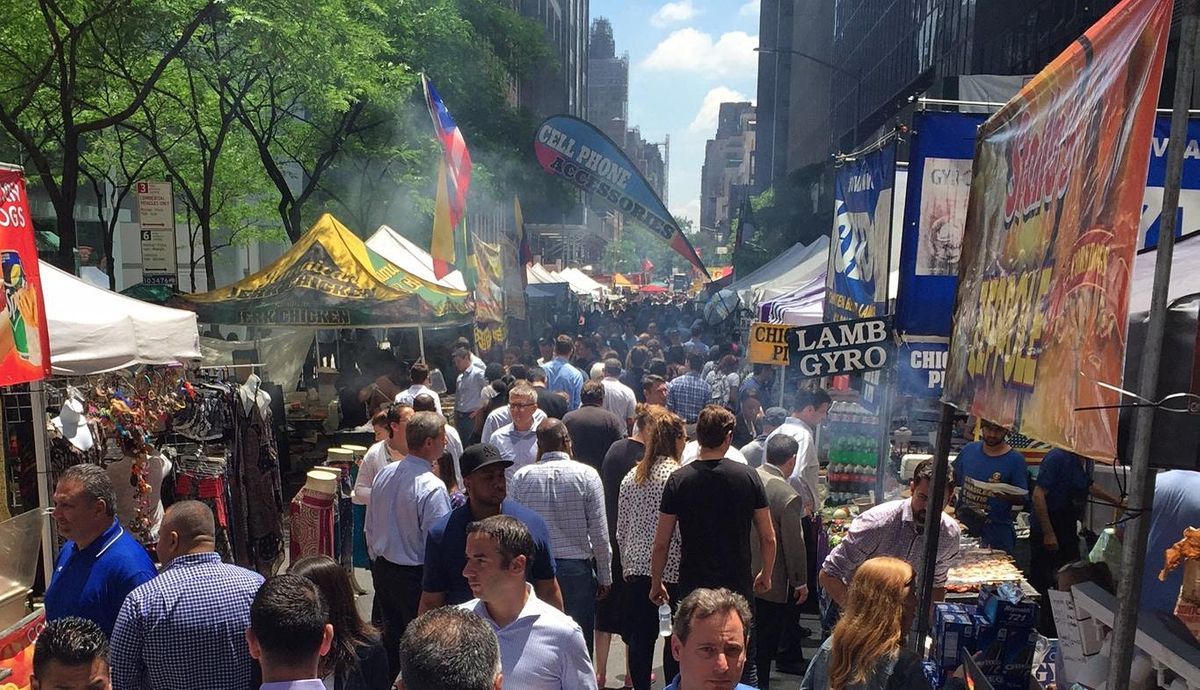 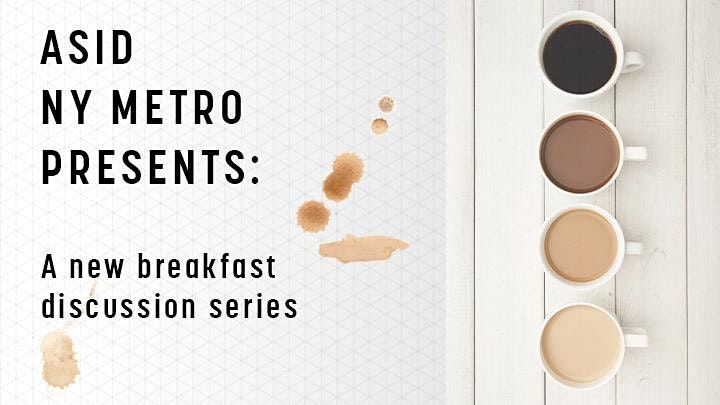 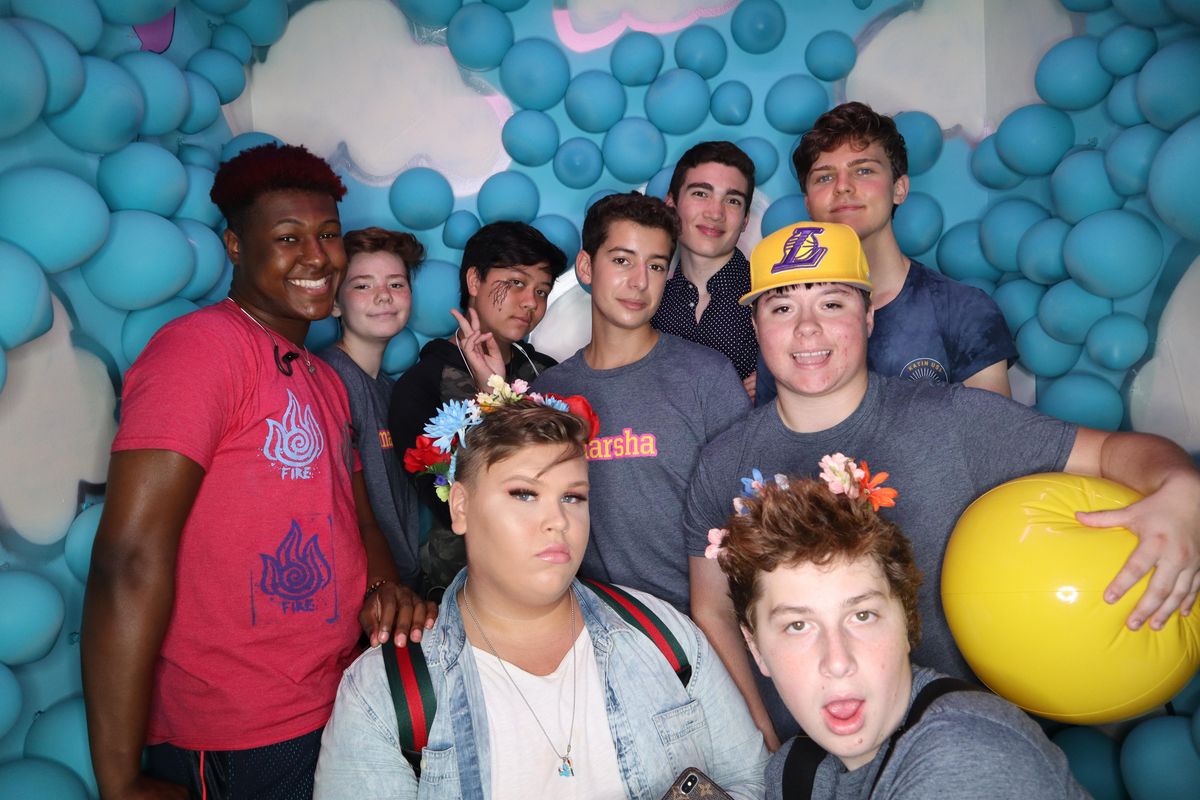 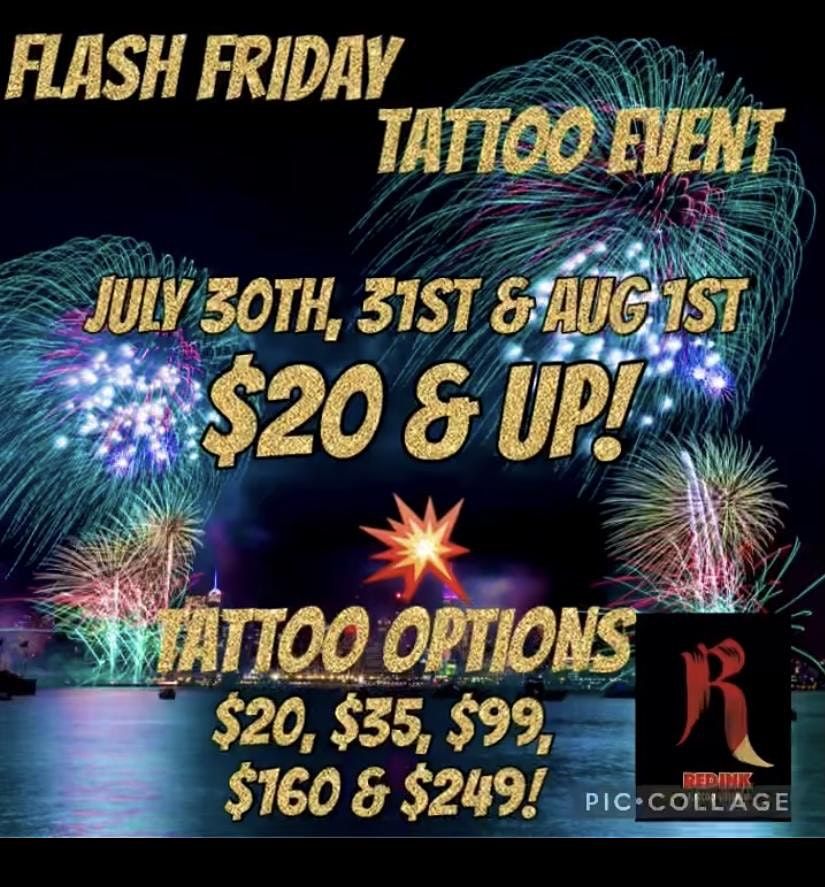 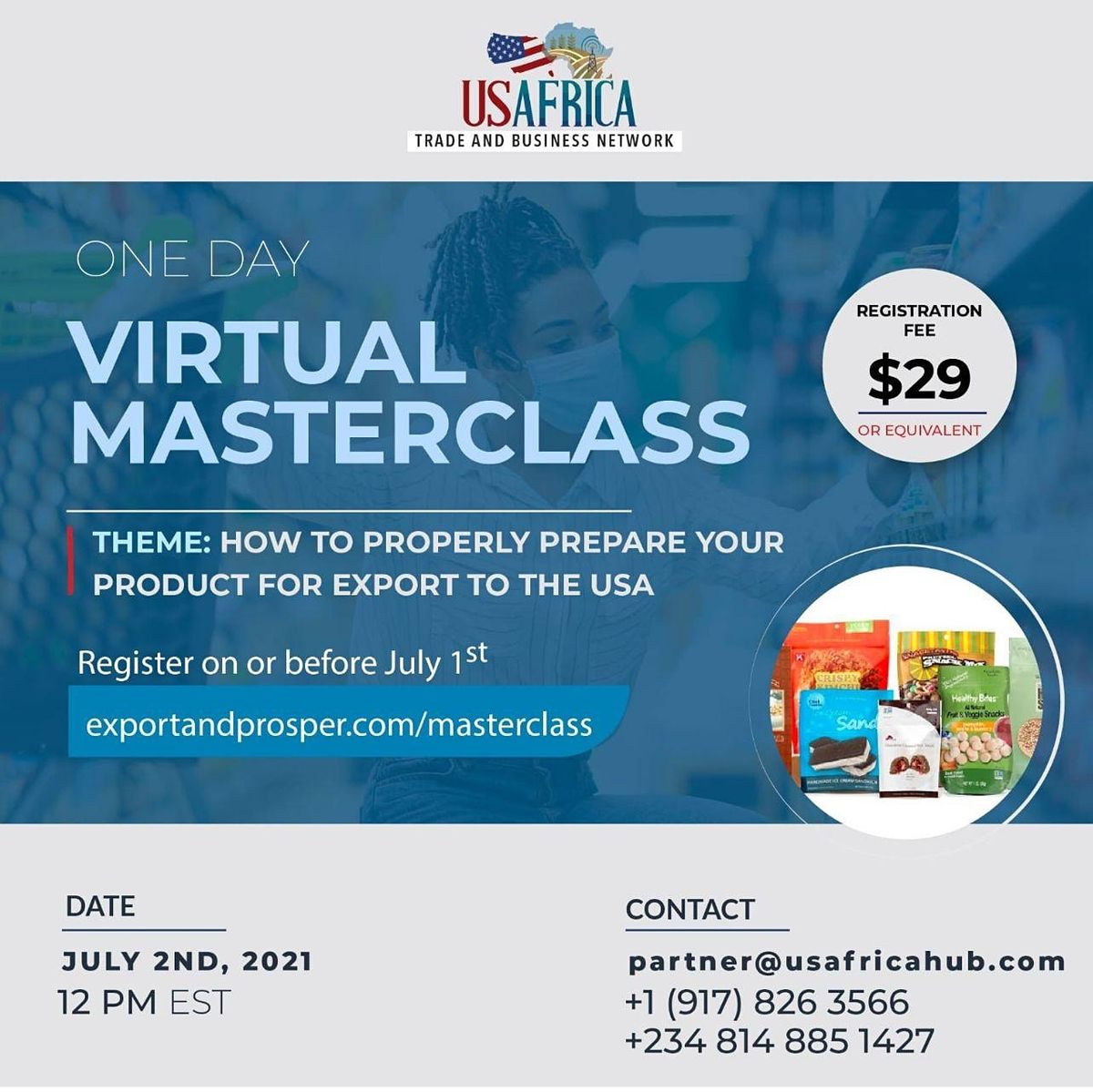 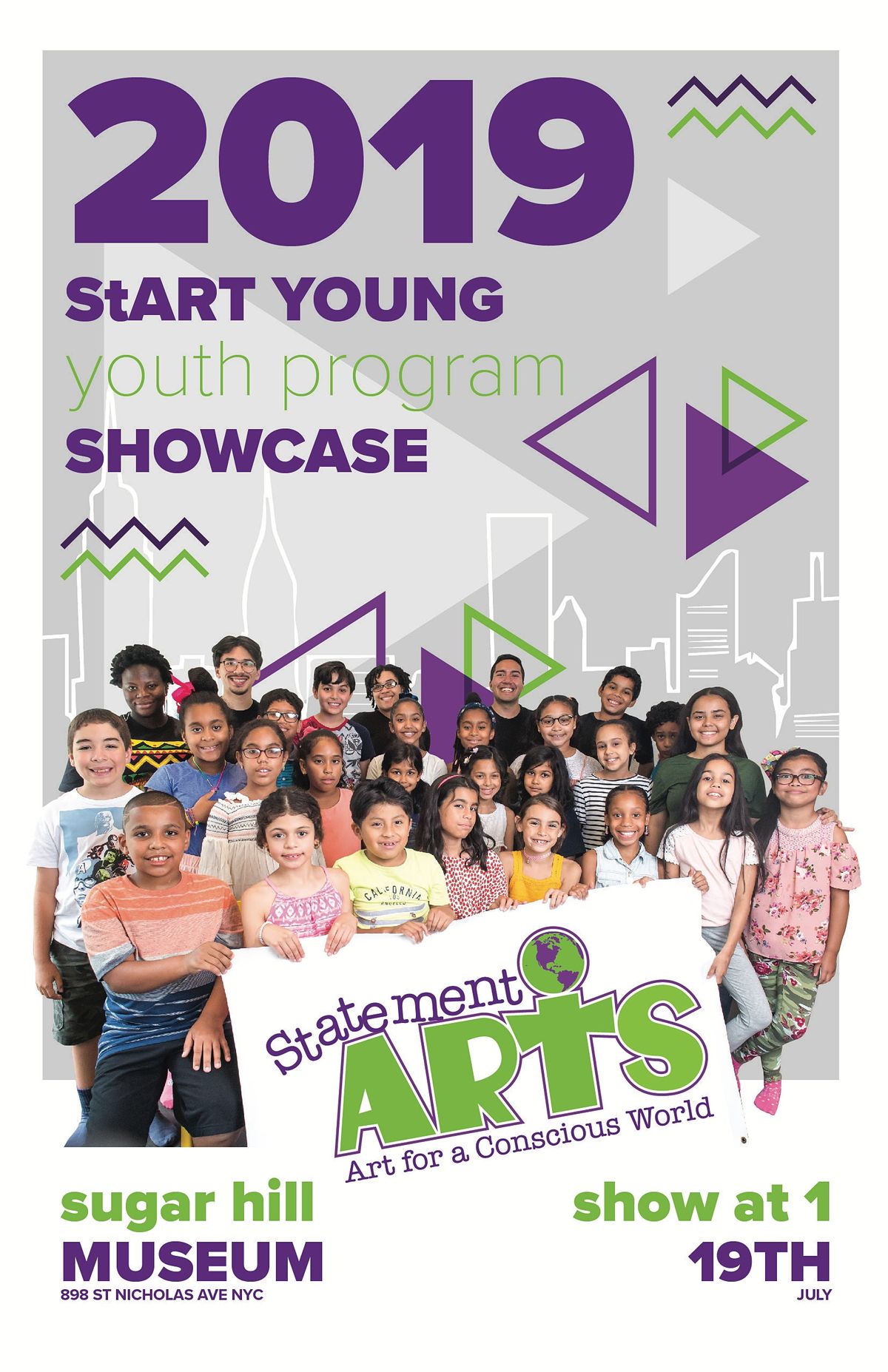 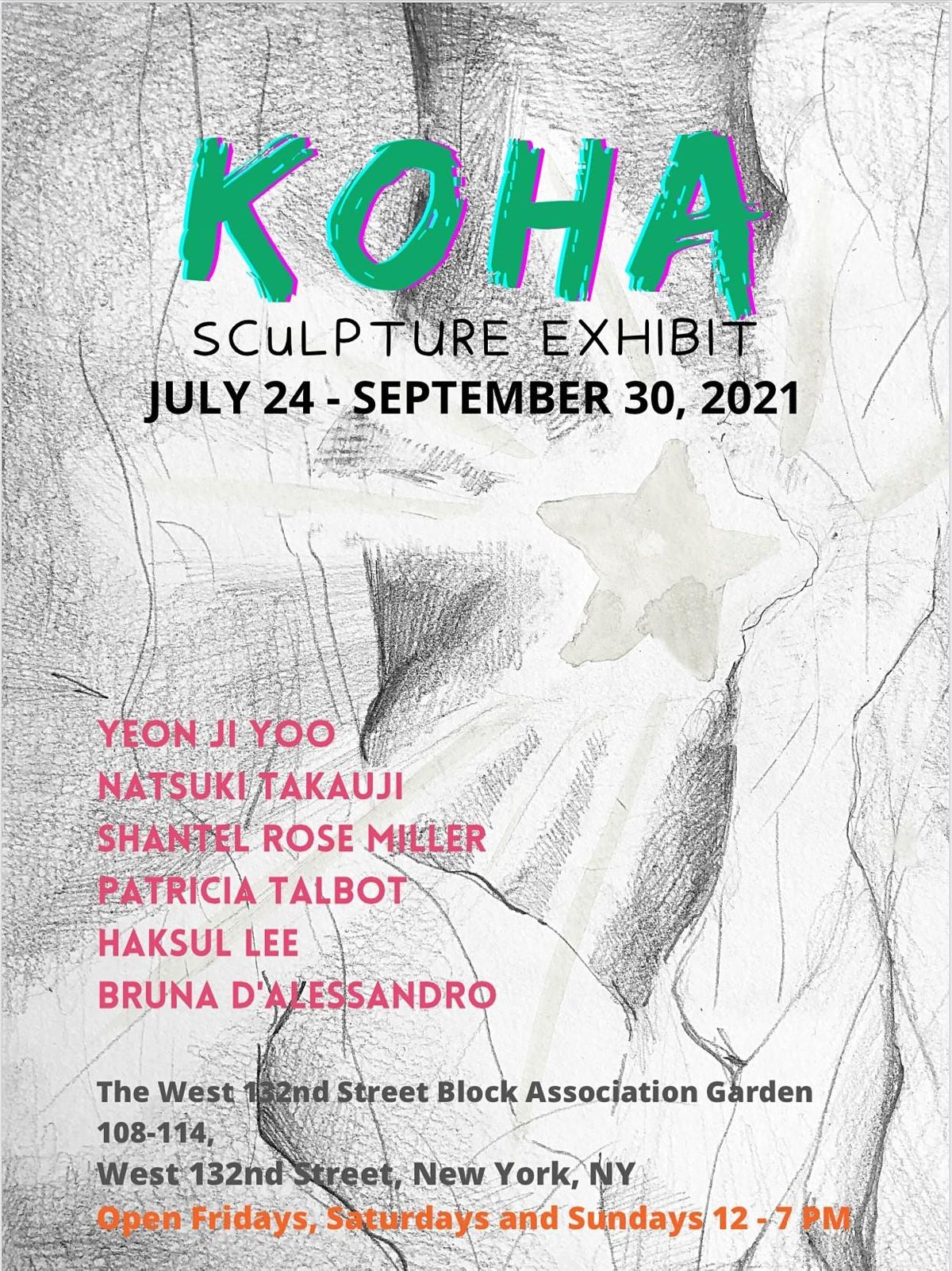 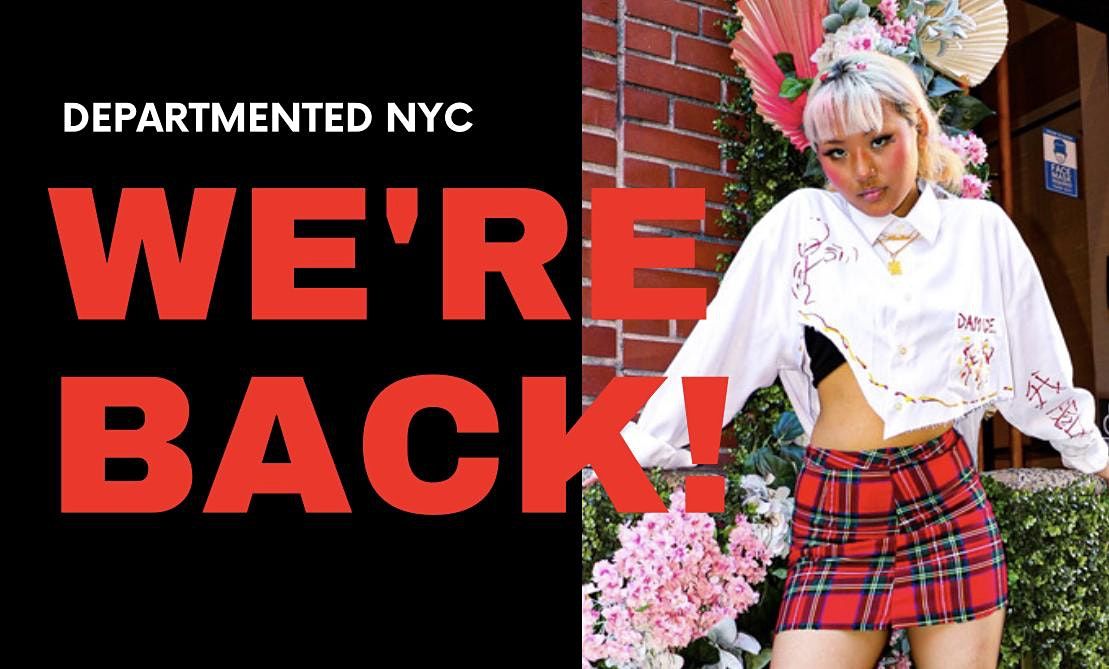