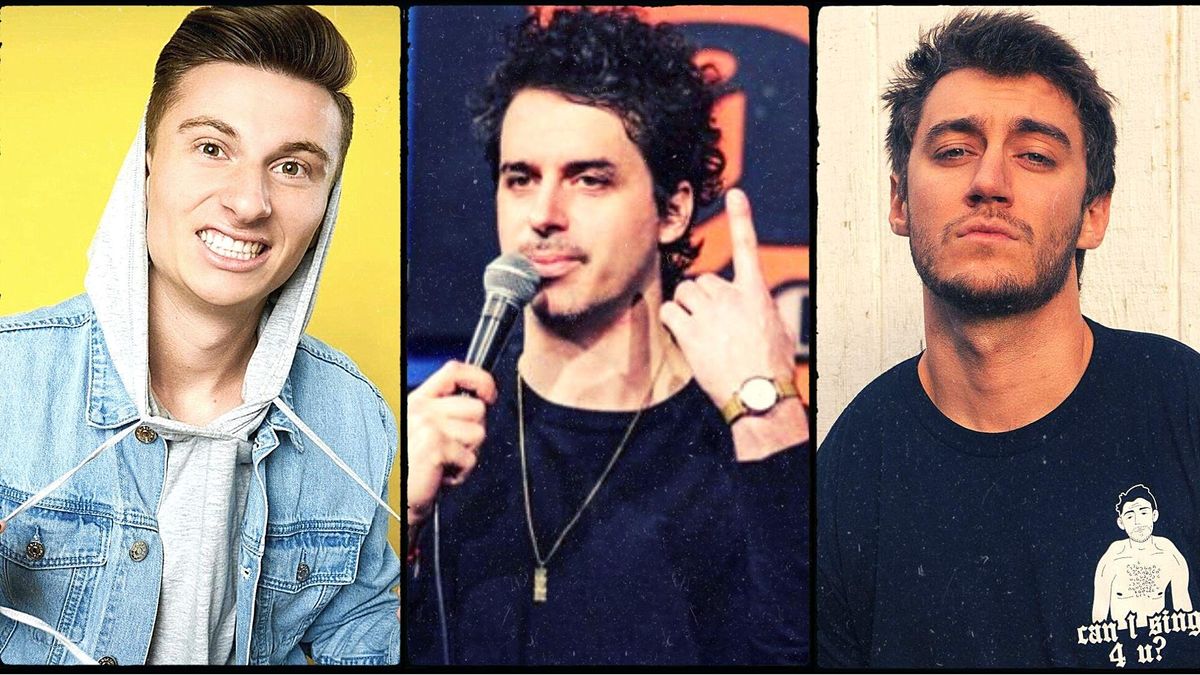 Mark Hayes has been dubbed “Ireland’s craziest and wittiest comedian and writer, a poet at times.” Saying that he has also been called the “runt of Irish literature” so take your pick. He is the author of three books including RanDumb: The Adventures of an Irish Guy in LA which was number one on Amazon Humour, he also writes a weekly column about life in LA for the Irish Examiner. Mark runs his own weekly show every Friday night at the Laugh Factory and can be found performing all over LA and around the country opening for Chris D’Elia.

Trevor Wallace is a stand-up comedian, writer & actor. Trevor can be seen just about everywhere on the internet and has collectively built a digital thumbprint of over 1 Billion views across his social media channels. Wallace has been featured on Comedy Central, MTV, Barstools Sports, E! News, The L.A. Times, The New York Times, Ad Age, Business Insider, Men’s Health, Buzzfeed, and Complex to name a few. Trevor also has his instagram handle on his car… nbd

Trevor has also toured the U.S. performing at colleges and comedy clubs including two sold out nights at The Gramercy Theatre in New York as a part of the New York Comedy Festival, which included names, such as, Nick Kroll, Pete Holmes, Norm Macdonald, and Trevor Noah.

In April of 2020, Trevor was voted as a finalist for “Best in Comedy” at the Shorty Awards.

Boasting a unique, singular voice and an ever expanding fan base, Casey Frey is quickly emerging as one of Hollywood’s most sought-after comedians and personalities.

Casey has accumulated a devoted and loyal legion of fans over the years, where his videos and online sketches have been viewed over 200,000,000 times. He is currently developing new projects for film and TV along with touring as a stand up comic.

Casey has collaborated with many notable artists and musicians over the years, such as Donald Glover, Marshmello, Tiesto, DVBBS and more and can be seen starring in the film MAINSTREAM, starring Andrew Garfield and Maya Hawke for director Gia Coppola and in the most recent of REAL BROS OF SIMI VALLEY for FaceBook Watch.