Make Them Hear You - GMTG Showcase 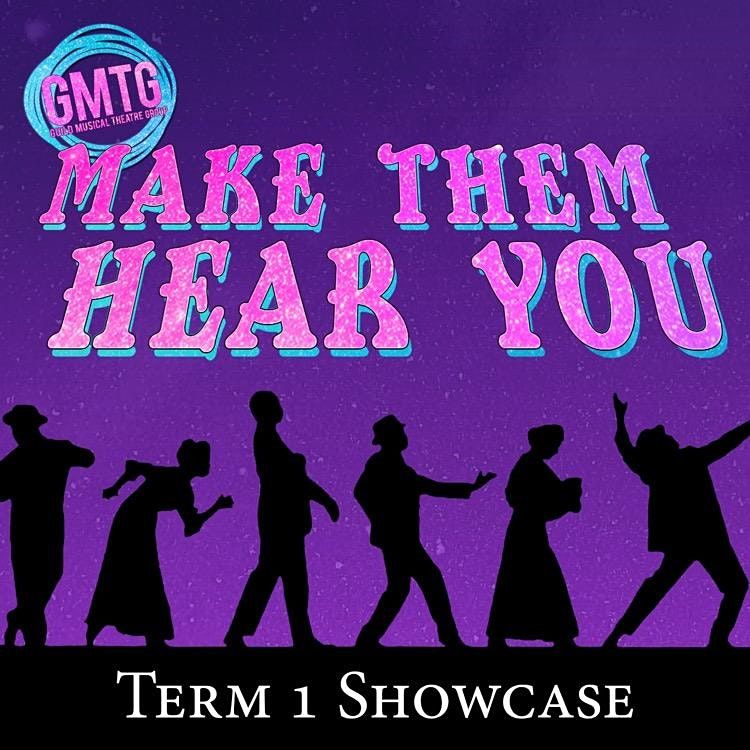 Advertisement
GMTG are excited to invite you to our Term One showcase 'Make Them Hear You'!
About this Event

The Showcase highlights songs that often give voices to the voiceless and encourage others to stand up for their beliefs, as well as songs about acceptance in its many forms and moving on from situations that have left you feeling hopeless. With songs from Avenue Q, Legally Blonde, The Prom, American Idiot, and many more.

All performances will be in the Underground at the University’s Guild of Students. Doors will open at 19:00 and the performance will last approximately 2 hours, including a 20 minute interval.

Whilst admission is free, donations made on the door would be greatly appreciated.