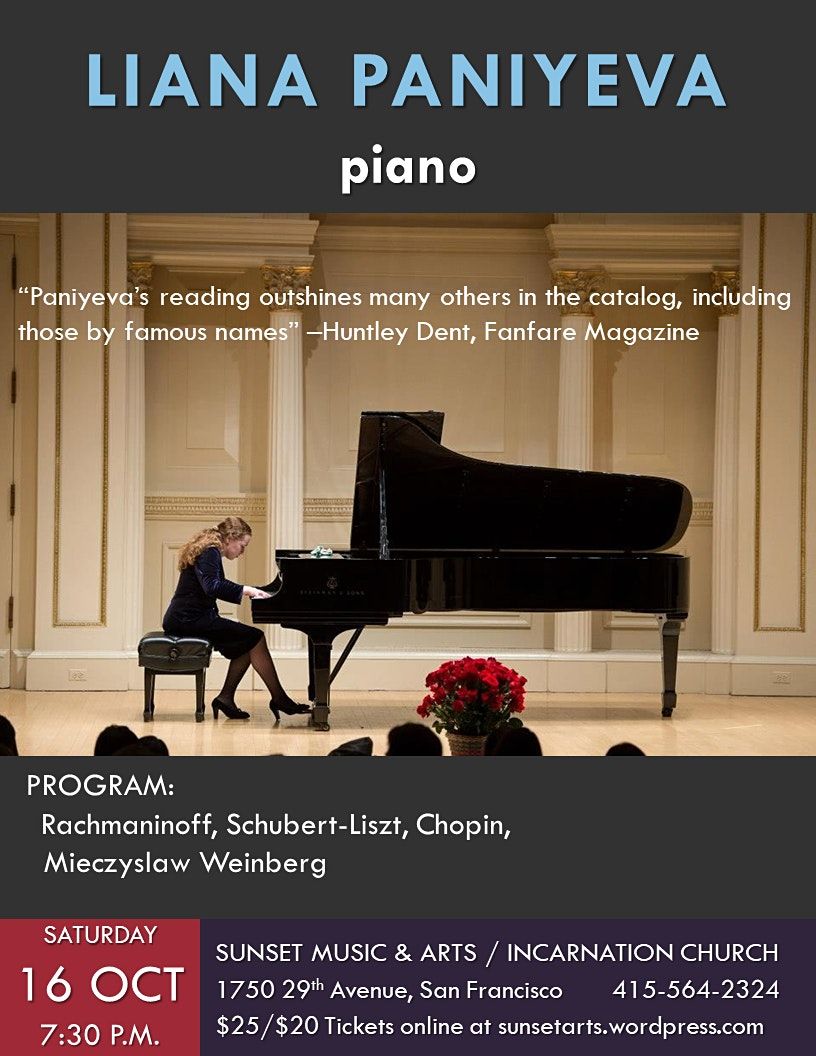 Hailed by the New York Concert Review as “a sensitive player,” Liana Paniyeva has won prizes in numerous competitions internationally.
About this Event

Hailed by the New York Concert Review as “a sensitive player,” Liana Paniyeva has won prizes in numerous competitions internationally and has performed at festivals in Norway, Hungary, Austria, Canada, England, Italy, South Africa, and Israel. Her recitals have taken her to Carnegie Hall, legendary Worcester’s Mechanics Hall, the Myra Hess Concert Series in Chicago, to note highlights.

Reviewing her recording, Huntley Dent of Fanfare Magazine praised her version of Mussorgsky’s Pictures at an exhibition as “Paniyeva’s reading outshines many others in the catalog, including those by famous names.” A graduate of the Donetsk Music Academy in Ukraine, Ms. Paniyeva earned her Professional Studies Diploma from the Manhattan School of Music and an Artist Diploma from The Hartt School of the University of Hartford.

Ms. Paniyeva is a founder and artistic director of the Young Stars International Piano Competition. 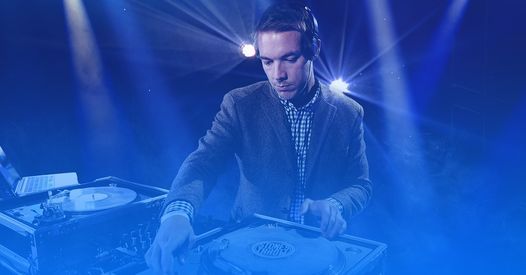 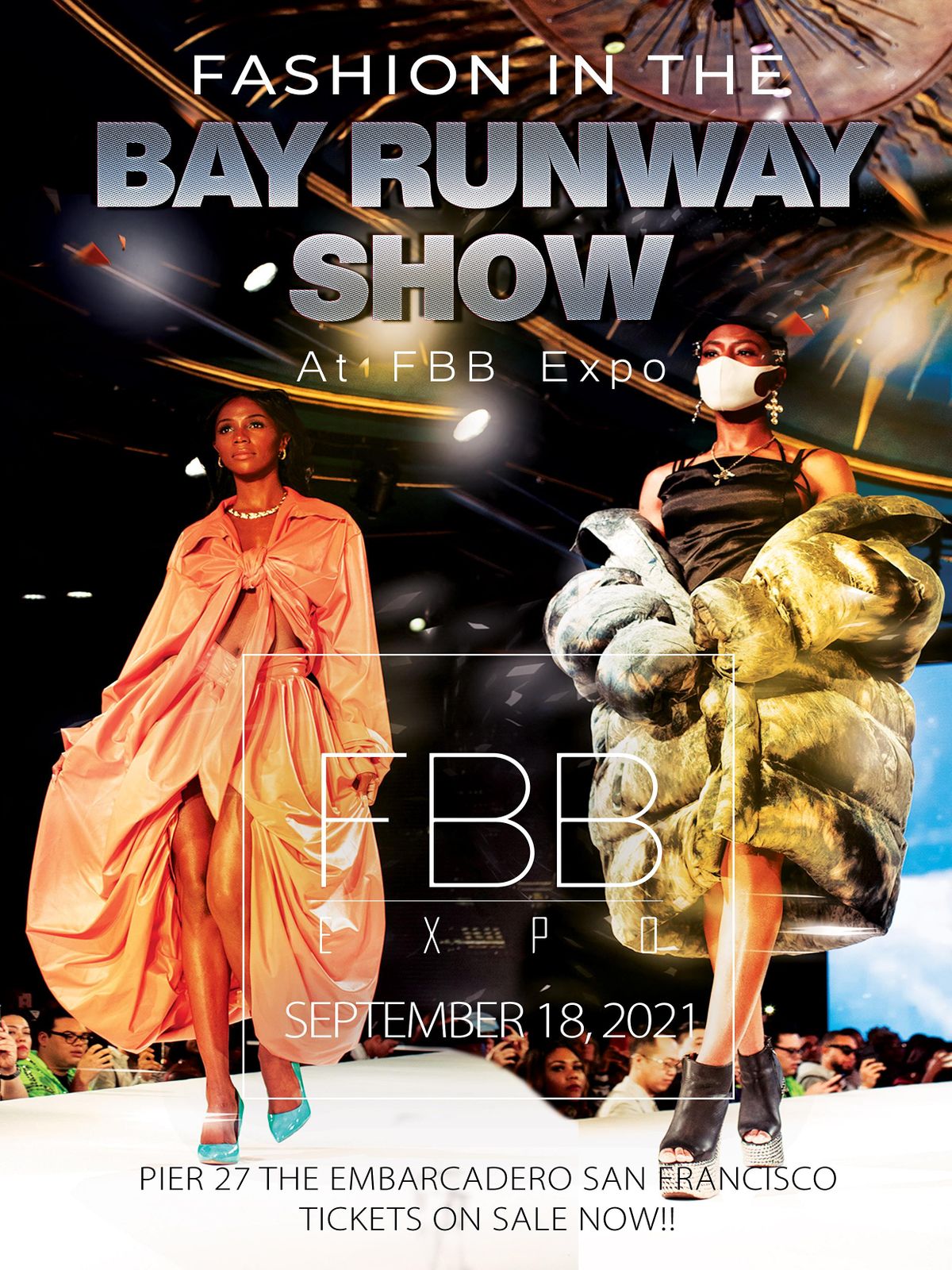 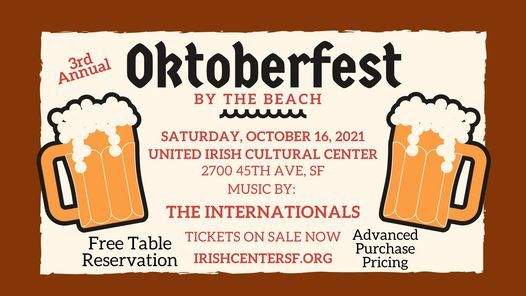 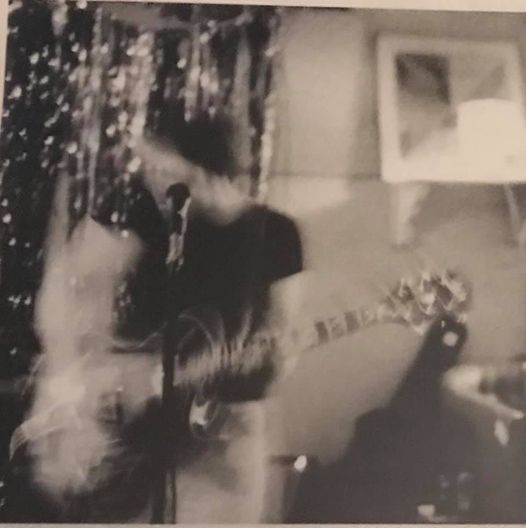 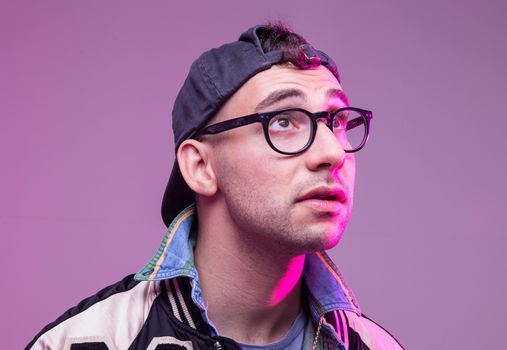 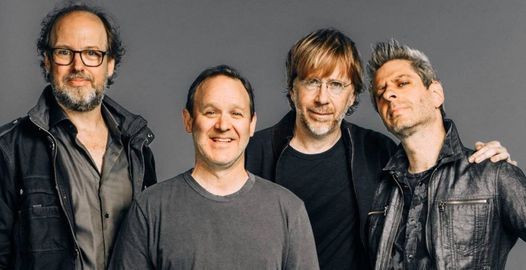 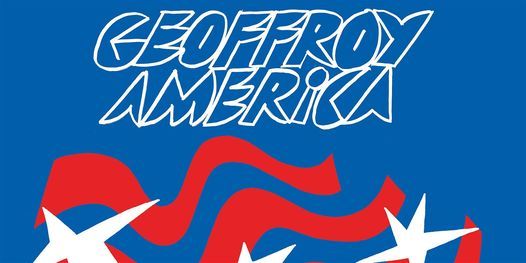 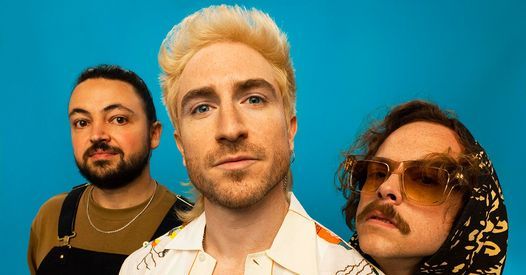 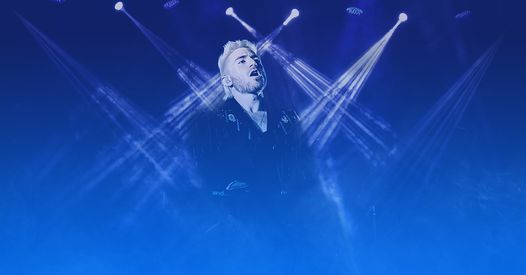 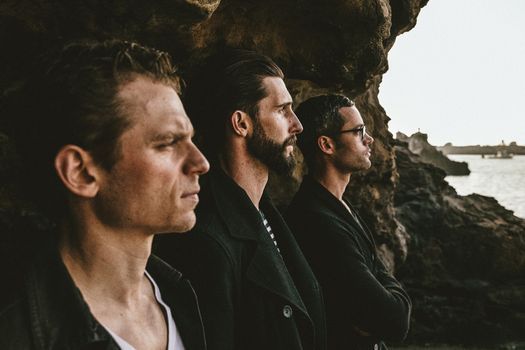 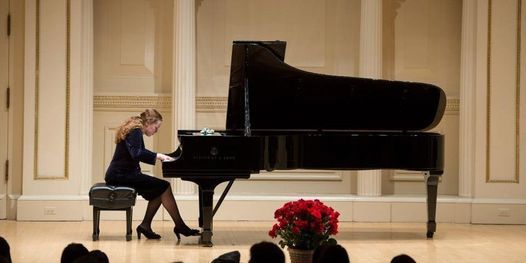 The Episcopal Church of the Incarnation