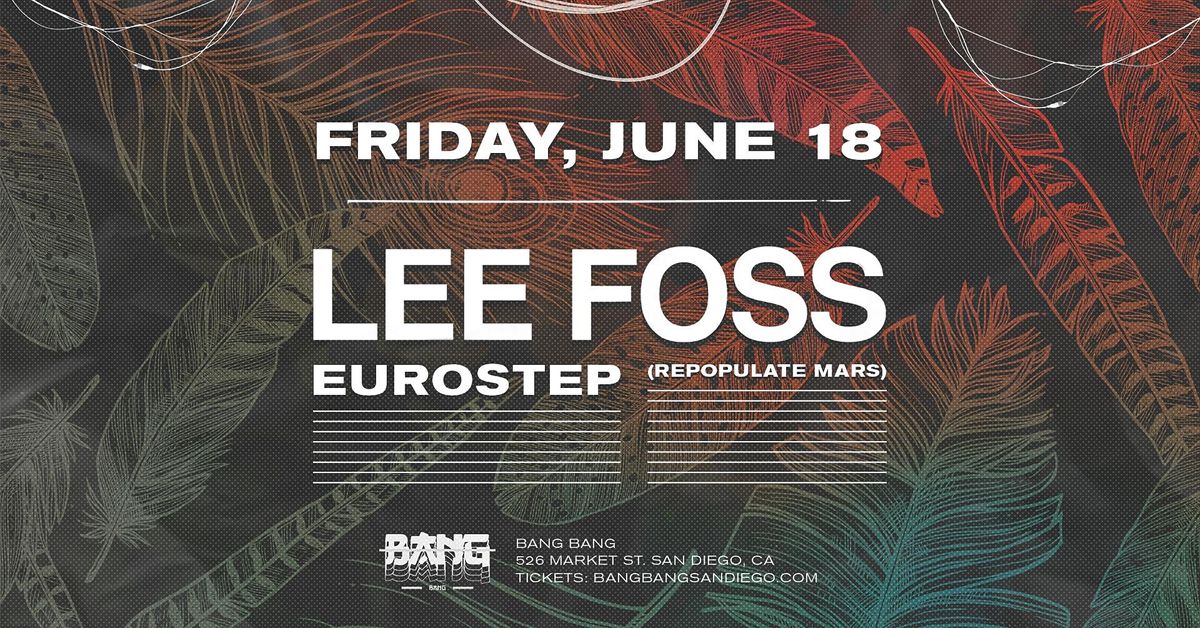 Described by DJ Mag as “one of the most talented new forces in modern dance music today” and by fellow future house innovators Art Department as their favourite producer, Lee has quickly catapulted himself into dance music’s collective consciousness. Lee and his Hot Natured partner Jamie Jones currently spearhead a whole family of like-minded producers that includes Robert James, Russ Yallop, Richy Ahmed and most recently Danny Daze who are currently re-writing the rulebook of how to make evocative and emotive house music.

Born and raised in Chicago, the birthplace of house, Lee now lives between London and Los Angels. Lee made his name on both sides of the Atlantic playing at clubs like The Standard Rooftop (Lost Angeles), fabric (London), The Marcy Hotel (Brooklyn), Watergate (Berlin), Spybar (Chicago) and DC10 (Ibiza). Lee’s rapid rise to prominence has been as much down to his unified but all-encompassing approach to DJing as it has to his pioneering take nu school house and synth-heavy techno, backed up by a string of hit releases on labels like No 19, Culprit, Wolf+Lamb and his own Hot Creations imprint. His unique sound, born out a lifelong love of classic house, 90s hip hop, 80s electro and Detroit techno, combined with fanatical grassroots support from clubbers in both Europe and North America, made him the highest new entrant in Resident Advisor’s Top 100 DJs poll last December, coming in at number 36.