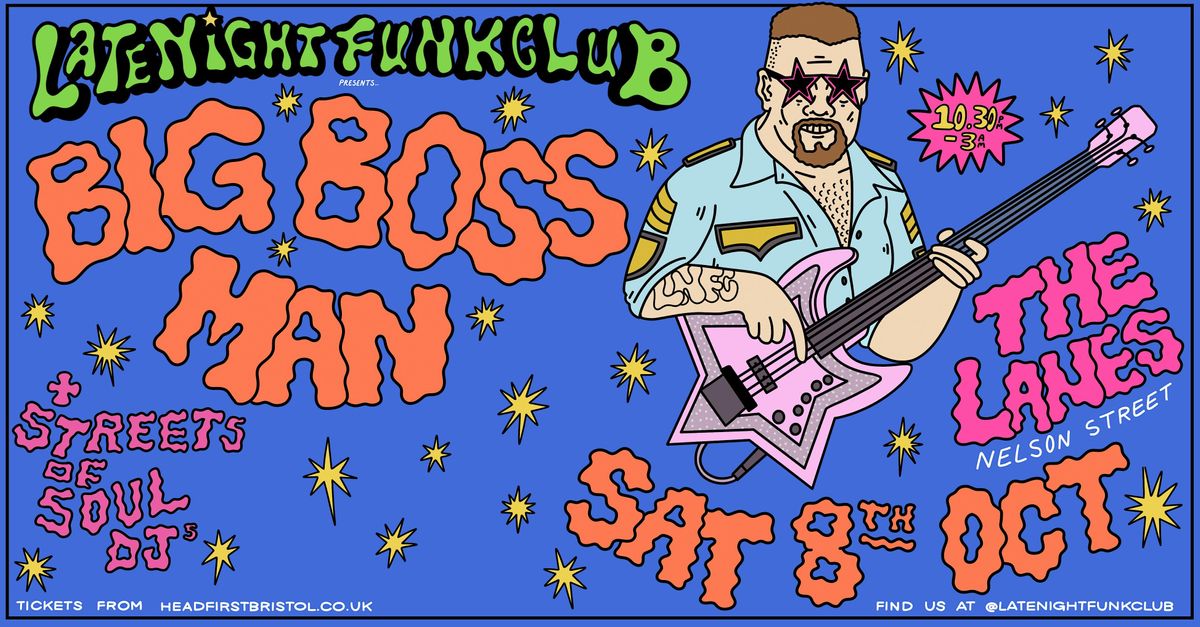 Oh boyYyY howdy, this round of LNFC is gonna be…

… and it’s sure as hell gonna require MAN-datory

… funk frolics on the Lanes dancefloor on Sat 8th October!

Combine all these elements and you get yourself Bristol’s very own explosive Instro-Funk powerhouse: Big Boss Man!

Big Boss Man formed in 1998 when three long-time friends got together to form the (mostly) instrumental based group centred around some furious Hammond and heavy groove action!

Signing to Blow Up Records a year later, their debut album ‘Humanize’ immediately precipitated a worldwide interest in the band, setting the tone for their signature sound: a hip Hammond hybrid of 60’s R’N’B, Latin, Soul, Bongo-Fuzz and Funk!

Since then, they’ve appeared on compilations with the likes of Herbie Hancock and Grant Green, featured on heavily played Fifa World Cup and Coca Cola TV ads, with consistant radio spots and kudos from the likes of Craig Charles, Gideon Coe and Tom Ravenscroft!

This incredibly sought after band have been so in demand It’s taken us OVER. A. YEAR to pin them down for a show… but we’ve finally nabbed ‘em and can’t wait to share them with all ya’ll Late Night Funk Cats!

Dynamite Funk & Soul DJ Duo Eve & Lev are back! The brains behind a stream of highly successful Bristol clubnights (Bristol Northern Soul Club, Funk Addict & The Modern Room) - these two are ready dig out the shiniest funk, soul & disco nuggets direct from the streets, ready to unleash upon The Lanes dancefloor!

Celebrating a birthday or special occasion? Maybe we can sort you out!

Get in touch with us on FB or IG at @latenightfunkclub

Buying a ticket to this event supports:

+ a music venue and their bar staff and marketing/admin team.

By buying a ticket and coming to the event you confirm that you have a covid passport and / or a negative flow test taken 48 hours before the event taking place. 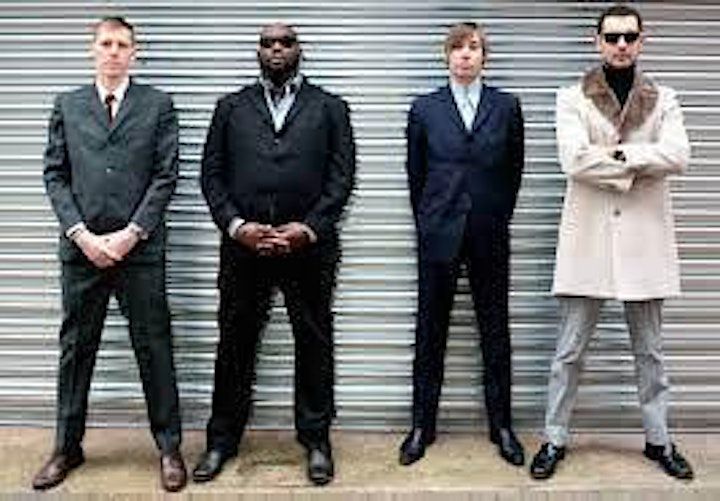