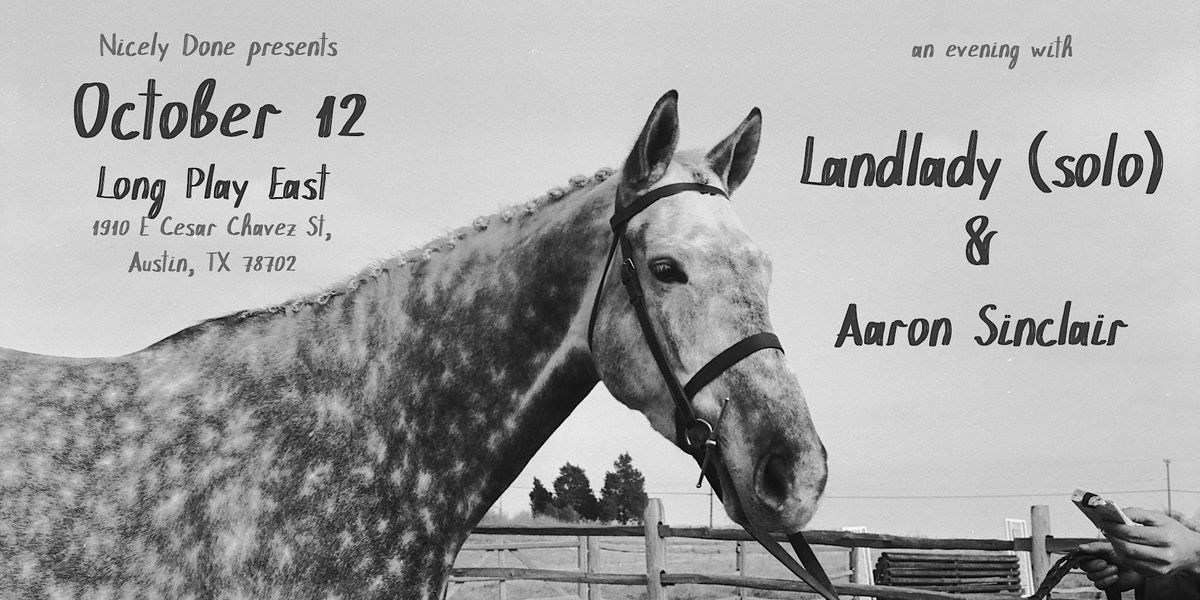 Adam Schatz is a musician, writer, record producer, and human being. His band Landlady has three records out and another on the way. He most recently produced Allegra Krieger’s album The Joys of Forgetting and has successfully cooked pad thai, soup dumplings, and bagels since the pandemic began. He has a monthly Patreon page and that is currently his only monthly income, isn’t that cool? His favorite new hobby is getting emailed by coffee shops he’s been to once.

Landlady is the songs of Adam Schatz (keys, vocals, saxophone), enhanced and exploded by Ian Chang (drums, vocals), Will Graefe (guitar, vocals), Ryan Dugre (bass, vocals). Currently at work on a new studio album, the Brooklyn-based band saw their critically-acclaimed third album, ‘The World Is a Loud Place’ take them from headline tours of the US and Europe to NPR’s Tiny Desk.

Aaron Sinclair is a multifaceted artist raised under the starry Sierra Nevada mountains of Northern Nevada. By weaving together sounds of his cello (and several other instruments), with fun and imaginative videos captured from his camera, Aaron is able to create his own unique sonic and visual ‘worlds’ within each of his original post-genre compositions.

Aaron seeks to spread awareness on climate change, by creating music and eco-art that highlights and informs audiences on the unsung beautiful exchanges that exist in mother nature. During his live shows, Aaron combines his own unique sound designs and nature based animations to create an immersive concert experience. He has performed at Disney Hall, Benaroya Hall, the Frye Art Museum, the Getty Museum, and has been featured on Classic King FM 98.1 and on PBS’ A Celebration of Music. He has performed with Polo Orti, Perico Sambeat, John Legend and Yo-Yo Ma.

In 2019, his composition Ocean Sky was premiered and performed at L’Hemisfèric at the city of arts and sciences in Valencia, Spain in front of an audience of 5000 people. He recently graduated from the Berklee College of Music. You can hear and see Aaron on his Youtube channel (

) which features a small series of eclectic music videos in which he handles every aspect of production from cinematography, to arrangement, to even animation. Aaron is also a very friendly person and hopes you talk to him after a show!