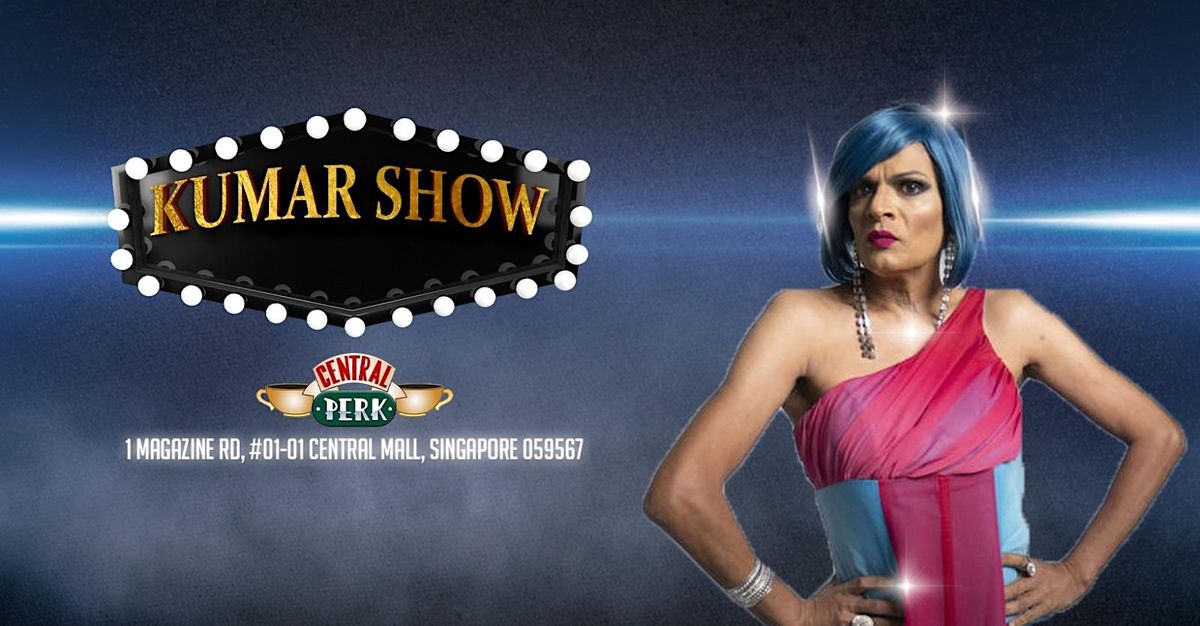 Kumar is a Singaporean Indian comedian and drag queen also known as Kumarason Chinnadurai off stage.

The famed performer rose to stardom from his cabaret nightclub acts and two decades of over-the-top performances on television, stage, and film credits. Apart from that, the entertainer has also published a biographical book called ‘Kumar: From Rags To Drag’ back in September 2011.

He has since been featured on Singaporean shows like Oh Carol!, My Sassy Neighbour, and travelogue cooking show, Rusiyo Rusi. Kumar can still be found performing regularly at the 3-Monkeys Café in Holland Village and Hard Rock Café.

Seats are on a first come first serve basis.

Tickets purchased are not refundable.

The show date of tickets purchased are not exchangeable.