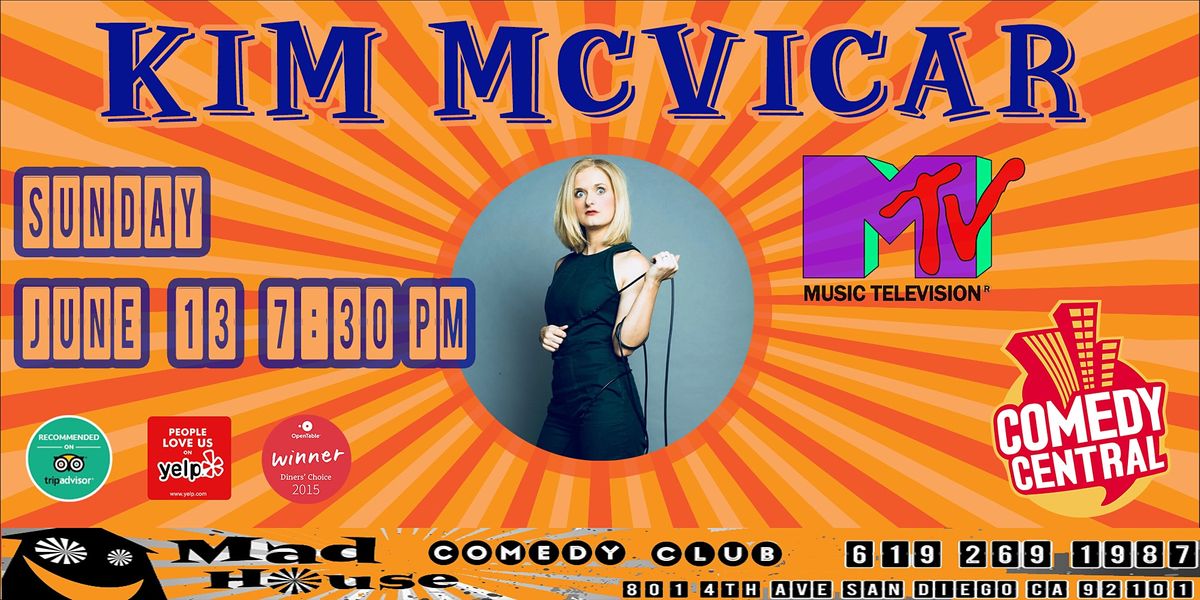 Kim McVicar as seen on Comedy Central, MTV, Sirus XM Radio and more!
About this Event

Kim McVicar is a comedian and former professional dancer (emphasis on former) originally from Canada. Her newest standup special “Kim McVicar: Please Notice Me” can be seen on Amazon Prime, iTunes, YouTube, and many more streaming services. You can hear her regularly on SirusXM (She’s So Funny, RawDog), Spotify and more.

Kim is a regular at the Hollywood Improv in Los Angeles, in the Top 25 on Roast Battle at The Comedy Store, and got the most views in the US for the Laugh Factory’s 2016 online standup competition. Kim has also performed around the US, Canada, and Ireland – where she won the comedy competition “Battle of the Axe.”

Kim was a professional dancer by the age of 5 – when she performed on Tiny Talent Time (Canada’s Star Search). She went on to dance for the Toronto Raptors, Culture Shock, and for pop stars such as P. Diddy, M.C. Hammer, and Kid Sister.