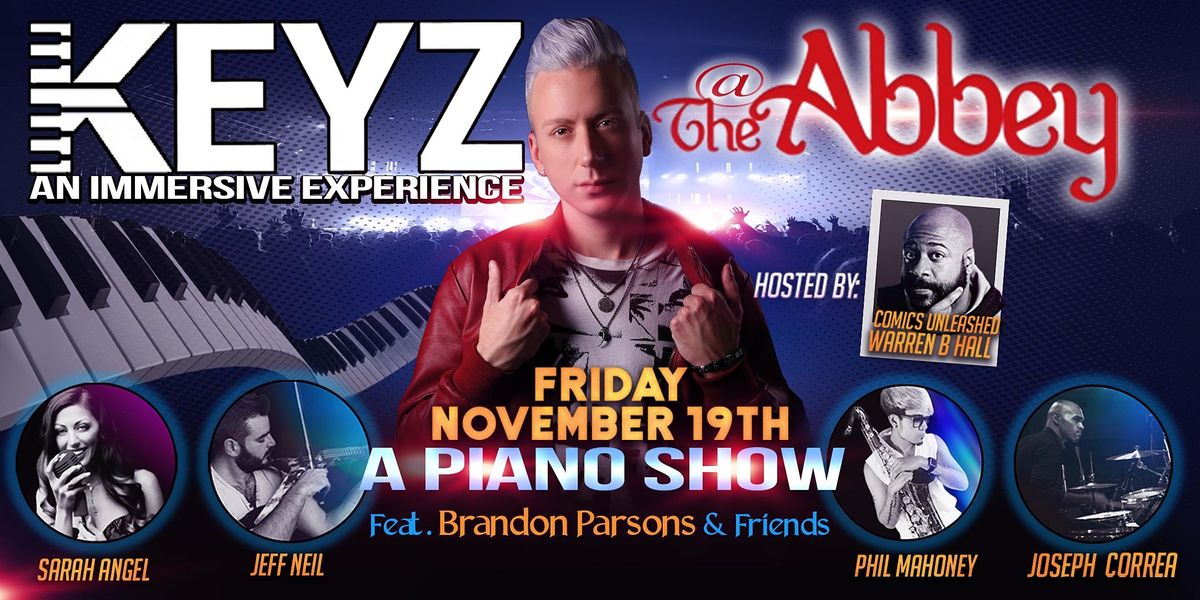 Get ready for a night of amazing performances as acclaimed artist and American Idol alum, Brandon Parsons presents KEYZ! An Immersive Piano Show Experience that combines audience participation, comedy, and show-stopping musical numbers - together in an exciting evening you don't want to miss!

Warren B.Hall - The MC for the evening, was featured in DryBar comedy & Comics Unleashed. Warren has traveled all over the USA and on cruise ships with his comedic act.

Sarah Angel - An internationally performing singer and pianist featured in Forbes Magazine, who recently released a new album featuring Phil Peterson (Most known for his string arrangement on artists such as: Taylor Swift, Pink, and Ed Sheeran).

Jeff Neil - aka "The Drunken Fiddler" - a world renowned violinist featured on the Today Show and many other well known programs. He performs all over the USA and will be bringing his musical genius to the stage in November.

Phillip Mahoney - A famed Filipino/American multi-instrumentalist artist who has toured the Philippines and was featured on MTV among many other television programs for his amazing talent as a saxophone player and vocalist.

Joseph Correa - aka "Mr Belt" is a world traveling drummer who has worked directly with renowned artists, engineers and producers such as: Daddy Yankee, Christian Daniel, Wilkins, Tommy Torres, Elvis Crespo, and many others.

Tickets are limited and selling out fast. Get yours today!