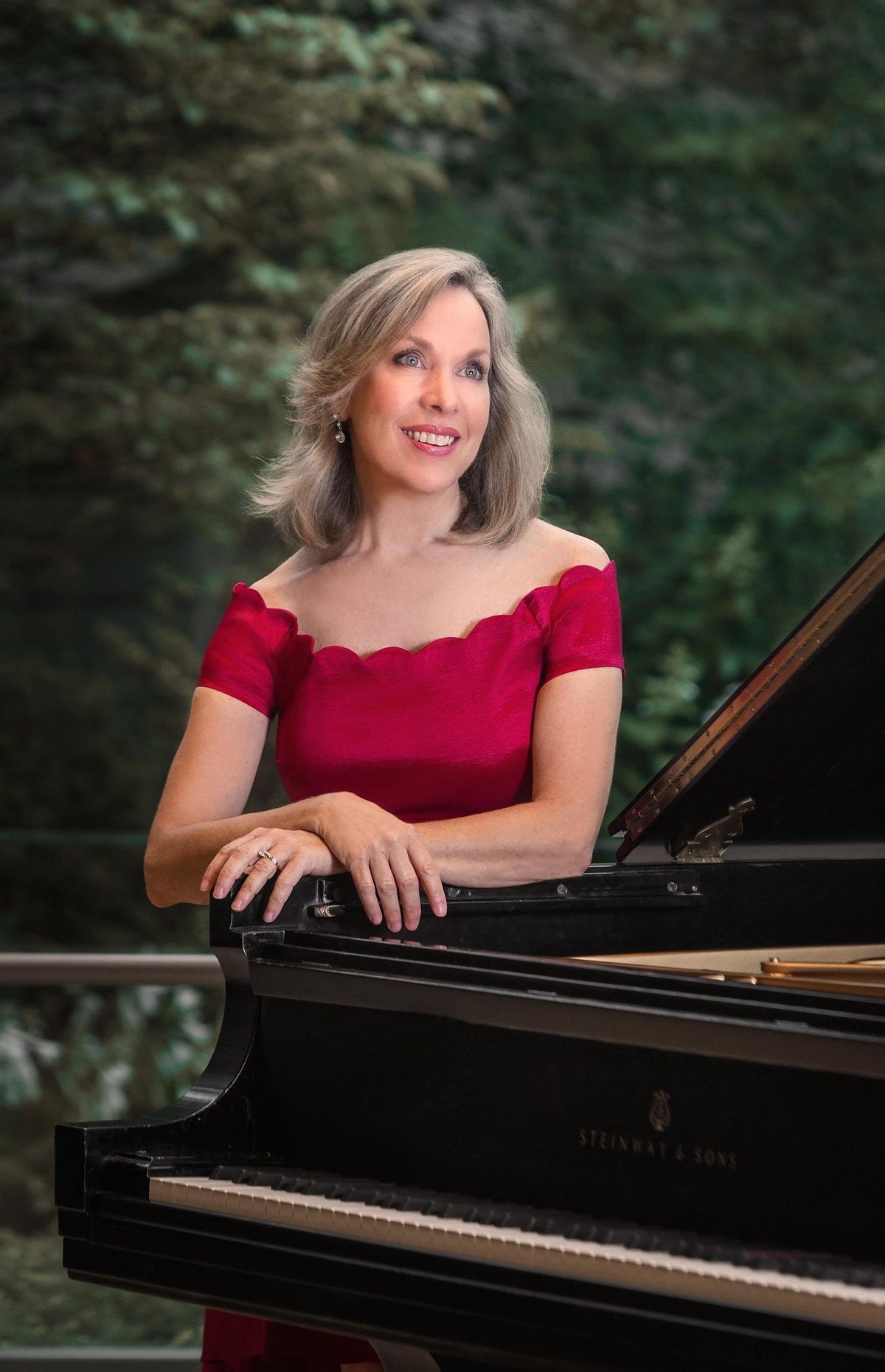 Piano Chair, Cleveland Institute of Music, Kathryn Brown will be giving a masterclass for PYPA Piano Festival young artists on August 2 at 12:30 PM!

Kathryn Brown has performed around the globe as concerto soloist, recitalist and chamber musician. She is widely hailed for her interpretations from Mozart to Gershwin, as well as her premieres of the new music of today. She gave her New York recital debut at Weill Recital Hall at Carnegie Hall, and has also appeared in concert at New York’s 92nd Street Y. She has been featured on the Dame Myra Hess Memorial Concert Series in Chicago, and at Severance Hall, German Embassy in Cleveland, Philips Collection and Library of Congress in Washington, DC. Brown’s international highlights include concerts at Prague’s Rudolfinum Hall, University of London and National Theatre in Ghana, Africa. She has appeared on Columbia Artists’ Community Concert Series and performed an extensive tour of Sweden, Africa and Estonia as winner of the United States Information Agency (USIA) Artistic Ambassador Program. A recipient of the Darius Milhaud Prize, Brown is an advocate of contemporary music and has recorded and premiered works by Gian Carlo Menotti, Keith Fitch, David Tcimpidis, Margaret Brouwer, Michael Hersch and Matthias Pinscher. Brown has performed extensively as a chamber musician. Pianist and co-founder of the Myriad Chamber Players, a seventeen-member ensemble comprised of musicians of The Cleveland Orchestra and international soloists, Brown’s chamber music credits also include performances at the Marlboro Music Festival in collaborations with members of the Guarneri String Quartet and Beaux Arts Trio. She has also performed with the Cavani String Quartet, members of the Lincoln Center Chamber Players and The Verdehr Trio. She was featured with Dmitri Ashkenazy on Ravinia’s Rising Stars series, and has collaborated with many musicians from the world’s leading orchestras. Brown also performed at Carnegie Hall with The Cleveland Orchestra as orchestral keyboardist under the baton of Christoph von Dohnányi. She has been featured on the British Broadcasting Network, PBS Artistry of... series, Chicago’s WFMT Radio and NPR’s Performance Today. Brown’s discography includes releases on the Telarc, New World, Albany and Crystal labels. An accomplished singer and recitalist, Brown’s performance highlights include premieres at Severance Hall with The Cleveland Orchestra, as well as feature roles at the Aspen Music Festival and Tanglewood Music Center. Brown is an enthusiastic supporter of the education of young musicians and presents master classes, lectures and is a frequent juror of competitions nationally and internationally. She has performed and taught at numerous summer festivals. This past summer’s festival schedule included Pianofest in the Hamptons and the inaugural Silk Road International Keyboard Festival in Quanzhou, China. Brown’s principal teachers include Paul Schenly, Deborah Moriarty, Maria Curcio, Ralph Votapek, YongHi Moon and Julian Martin. Brown currently serves as Head of the Piano Department and Keyboard Division at the Cleveland Institute of Music.