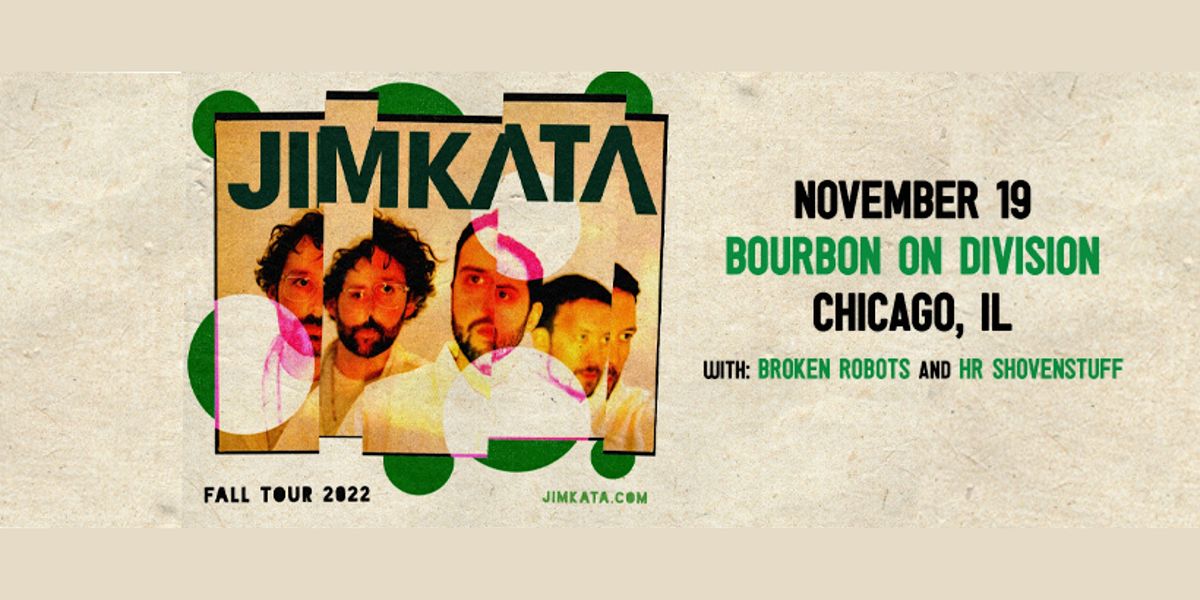 Advertisement
Jimkata brings their electro-rock sounds to Bourbon on Division with Broken Robots & HR Shovenstuff on November 19th!
About this Event

: Jimkata is a three-piece anthemic, synth-washed, electro-rock band based out of Ithaca and Los Angeles. With a triumph of swirling analog synths, infectious pop hooks and candid lyrics, Jimkata have built a distinct sound which has been resonating with listeners across the country

: Broken Robots is a genre-bending project that came to fruition in 2018. It consists of producer/engineer/multi instrumentalist Tony Baker, folk songwriter and engineer Kat Baker, multi instrumentalist and “groove master” Lonnie Phillips, and percussionist/engineer Anthony Friedli.   The first record “Home is Not a Place” was written, recorded, and released independently by Kat and Tony Baker in their Chicago Apartment. Their second release, “The Escape Artist” EP, was co-written with Lonnie Phillips and was also recorded and released independently.   The band takes inspiration from an array of genres including grunge, blues, rock, jazz, electronic, punk, and hip hop to create their signature sound.

: Coming at you from The Windy City, HR Shovenstuff is a genre-bending fusion of blues, funk, edm & rap that harnesses the Chicago summer vibe. The diverse trio combines the talents of Eric Osborne (dj/producer), Luke Kulik (guitar/keys), and Jimmy Ecklund (lyricist). Friends since grade school and began creating music in 2007..