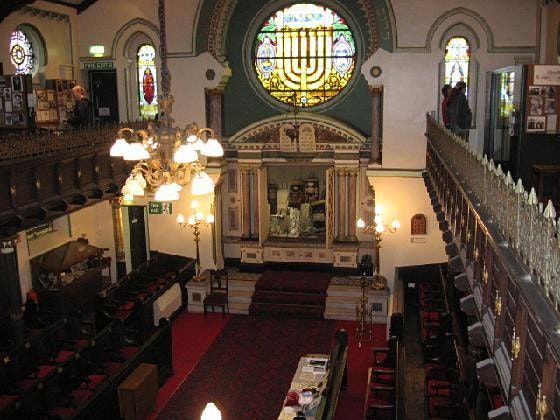 Manchester’s Jewish community first appeared in numbers in the late 18th century around the parish church (!). Oyevay, is that the kind of place where a good Jewish boy or girl should live? Well, that was the old town, where everyone lived. Gradually Manchester Jews began to move north, first to Strangeways (the area, not the Pr*son, you schmerel), then Cheetham Hill, Hightown, Prestwich and eventually Whitefield. No further north. No Jew has ever crossed the Irwell, just like Moses with the River Jordan. Alright. One or two.

Only London has a bigger Jewish population in Britain than Manchester. But only Manchester has a Torah Street (with its own bacon-curing factory; really!) and a Pr*son built like a mosque in the heart of the ghetto. And that’s apart from a history embracing that rogue Robert Maxwell, the rich-beyond-rich Nathan Meyer Rothschild, and the rabidly irreligious Karl Marx – all Yiddisher fellers. Well, Marx, oh, we'll come to that.