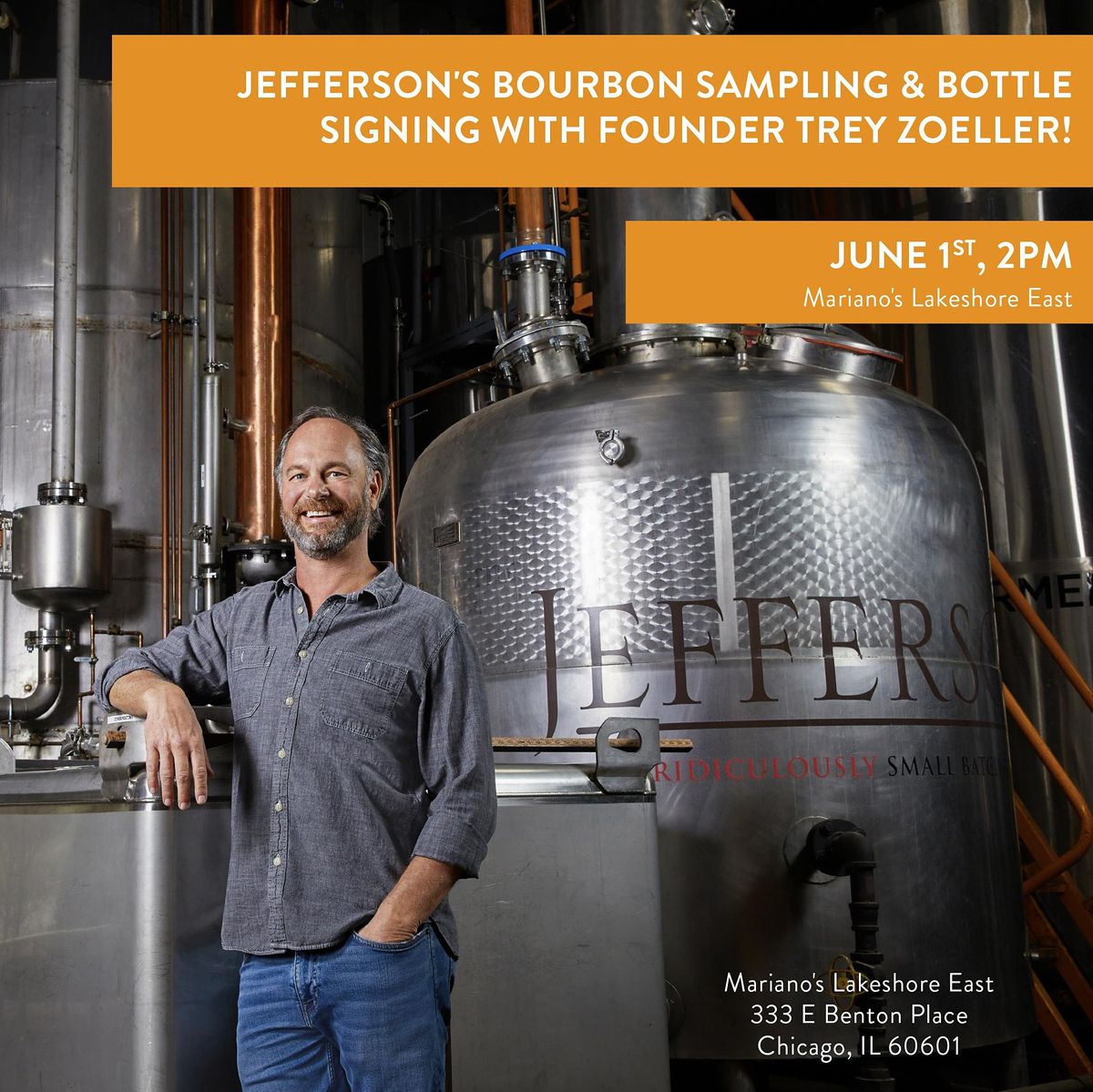 We will have samples and bottles signing from Trey!

Trey Zoeller, the Founder, Whiskey Maker and Chief Strategist of Jefferson’s Bourbon, was born and bred in Kentucky. A lifelong bourbon enthusiast, Trey and his father established Jefferson’s in 1997, continuing a lengthy family tradition that goes back to 1799 when Trey’s 8th generation grandmother became the first woman in the American Whiskey business on record - arrested for the “production and sales of spirituous liquors,” or moonshining.

Trey’s unique and sometimes unorthodox approach to the maturation process and the art of blending have allowed him to achieve the distinct characteristics and unique flavors Jefferson’s is known for today. A true pioneer in the art of blending very small-batch bourbon, Trey and the Jefferson’s brand operate at the frontier of whiskey, challenging the definition of bourbon while never forgetting its past – striking a perfect balance between innovation and tradition. In fact, since its inception, Trey has methodically expanded Jefferson’s offerings with this balance in mind, through collaboration and experimentation. And, notably, his experiments with different aging techniques, collaborations with different experts in other fields, and a desire to craft a genuinely innovative bourbon have led Trey to age bourbon in unconventional locations and agitations. Whether at sea or in wine and other spirits barrels, in fresh and saltwater duck blinds in Arkansas and Virginia, or on a flatboat that traveled down the Mississippi to New Orleans and up the Eastern Seaboard to New York, Jefferson’s flavors are unforgettable.

Trey's trailblazing nature, and the products he’s created, has led to widespread acclaim; he's been hailed as the Marco Polo of bourbon by Forbes, dubbed the Mad Scientist of whiskey by Town & Country, and noted spirits writer Fred Minnick said he has "one of the best blending palates out there." When he’s not experimenting with bourbon, Trey can be found living life to the fullest in the great outdoors, and he often notes that his time spent in nature has inspired and influenced said bourbon experimentation. A true hobbyist on both land and at sea, Trey is an avid polo, squash, and tennis player, loves a day out on the water to ski or fish, and greatly enjoys camping and hiking. 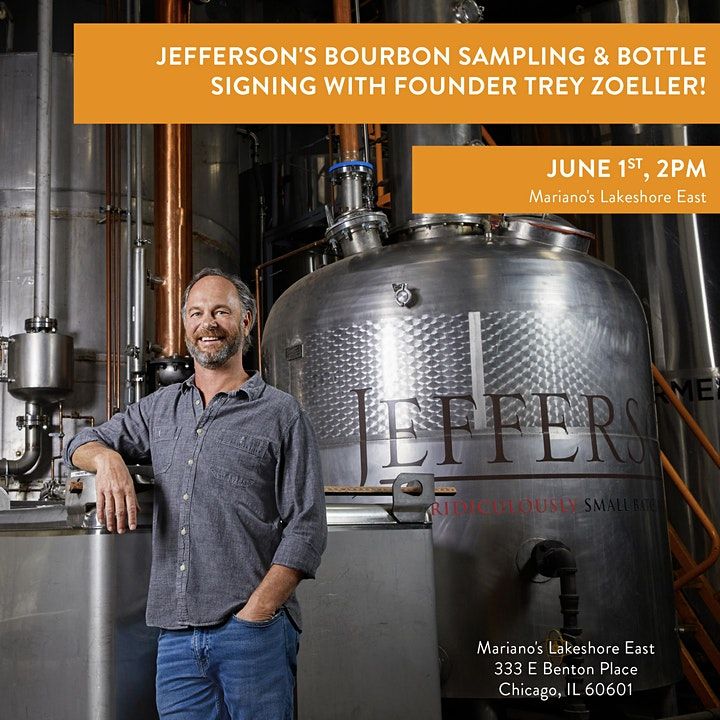