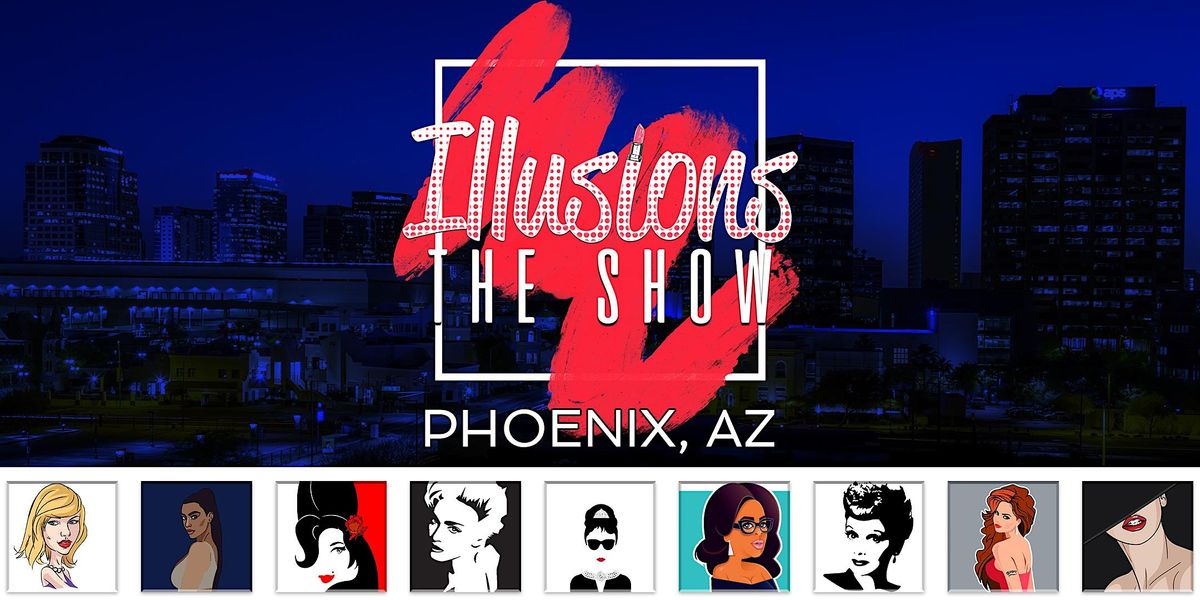 DINNER IS ORDERED AND SOLD SEPARATELY WHEN AVAILABLE, AND IS NOT INCLUDED IN THE PRICE OF TICKETS. DINNER AT ALL LOCATIONS THAT DO SERVE THE FOOD OPTION, IS ALWAYS AND ADD-ON TICKET AND IF AVAILABLE MUST BE PURCHASED IN ADDITION TO ADMISSION TICKETS OR TABLE PACKAGES.

Illusions the Drag Queen Show Phoenix is the perfect combination of spectacular burlesque style and comedy performances by the industry's best celebrity impersonators and the funniest Phoenix drag queen hosts you'll ever have the pleasure of encountering.

Phoenix drag has become more and more mainstream in recent years due in part to the reality television show RuPaul's Drag Race. Our Drag queen show in Phoenix has put an amazing twist on drag in Phoenix by bringing you the very best in celebrity impersonation drag queen entertainment for all your celebration needs!

PLEASE CHECK THE WEBSITE FOR BRUNCH SHOW TICKETS AND LOCATIONS. Can't Make it to the show?

You will not find a better drag queen show in Phoenix!