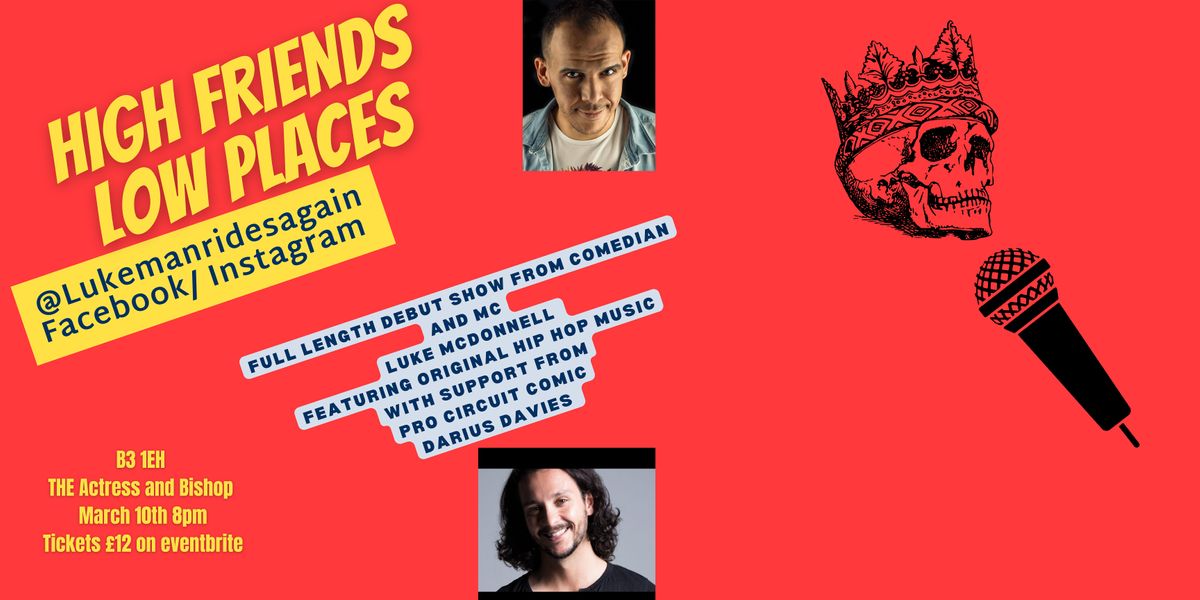 A working class comic from the wrong side of the tracks talks about the trials and tribulations of trying to assimilate into normie society after growing up around chaos and dysfunction, chaotic relationships , feuds with woke mobs and getting in trouble at jobs.

Anglo-Iranian Darius has been performing comedy for over a decade all over the world, from New York to London, Amsterdam to Adelaide and all the stops in-between. A "thoughtful comic, the vivid imagery of his stories framed with social critique" (The Scotsman) have an American-style imbued with an first generation' Anglo-Iranian take that meld both multi-median with cutting edge, dynamic stand up.

"Hilarious...supercharged by precision timing and an impassioned, charismatic delivery that's tempered by an engaging self-effacing streak" (Chortle), "Darius Davies is the most underrated comedian in the UK today. A major star, who you just haven’t heard of yet." (Onthemic.co.uk).