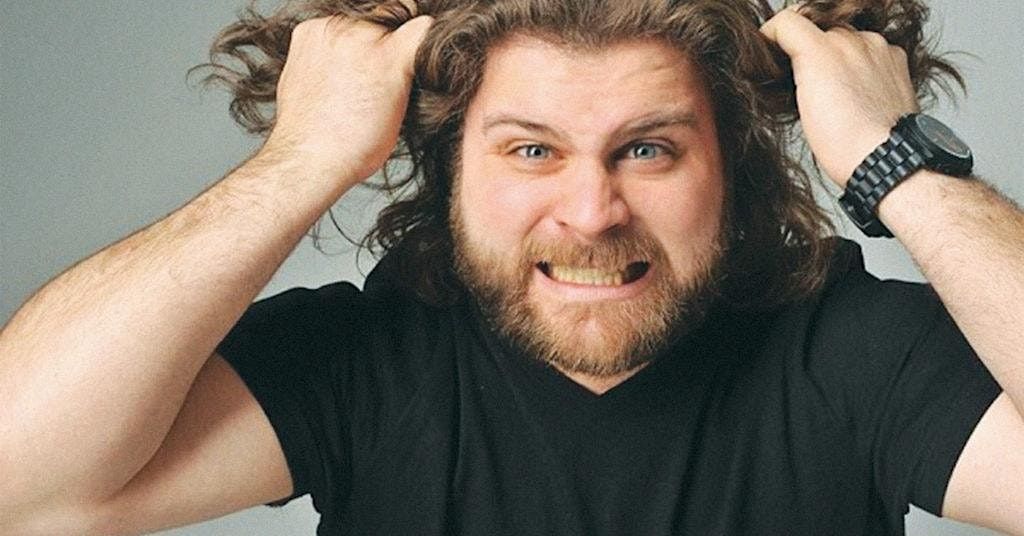 Located right in the heart of historic downtown Boston, come get a taste of the absolute BEST stand-up comics working today. These comedians are all pros, many having had their comedy featured places like Comedy Central, Funny or Die, Netflix, and more! Past performers include Michael Che, Gary Gulman, Myq Kaplan, Rich Vos, Corinne Fisher, Alonzo Bodden, Liza Treyger, Jeff Ross, Josh Gondelman, and Mark Normand. You never know who will drop in. SHOWS ARE 21+

Thus far, life has exceeded the expectations of Zach Martina. He certainly never thought some stranger would be reading to find out more about him but here we are. Here’s what you need to know – He loves his wife, his daughters are a constant source of inspiration, and his hair is real. Also worth noting - he’s not angry, he’s just passionate about the inane topics he chooses to ponder. HE’S NOT SCREAMING; HE’S MAKING SURE YOU HEAR HIM!!!

Zach brings his big energy to crowds across America delivering dark jokes in a delightful manner while pointing the finger of blame at everyone except himself. In addition to his debut album “Skunkman” regularly spinning on Sirius/XM, you may have heard him on The Bonfire with Big Jay Oakerson & Dan Soder or the hit podcast Dumb People Town with the Sklar Brothers & Daniel Van Kirk. He’s performed as part of Rock on the Range & the Best of the Midwest at Gilda’s Laughfest (among others) in addition to sharing the stage with the likes of Rory Scovel, Big Jay Oakerson, The Sklar Brothers, Chad Daniels, Joe List, & Sean Patton.

He hopes you like him –then maybe more people will like him and those closest to him will stop calling comedy his “hobby”.

All sales are final. Please note that if you are under 21 or are denied entry to the venue because of an ID issue you will not receive a refund for your ticket.