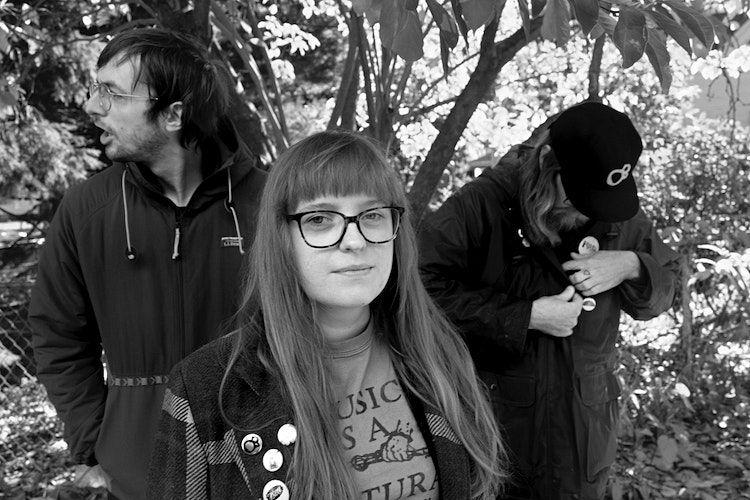 A celebration for this Ohio improvisational folk jazz trio releasing a new record on Chicago's own American Dreams Records!
About this Event

Lamplighter is lightning in a bottle – the trio is firing on all cylinders, confident in their skillset and interplay, which makes the improvisational nature of the compositions even more impressive. “We talked about each piece for maybe thirty seconds to a minute before recording it,” Powers says. They knew they wanted to craft a collection with varied tempi, sonic palettes, and sensibilities, and so would talk about songs prior to recording, if only a little. To give some sense of growth, their previous record Beacon had zero planning – straight jams, only. Lamplighter was recorded at Gerycz’s house in Cleveland – a compound that is part recording studio, part art studio, part shipping center – over two weekends in the Fall of 2020. From the hours of recordings, the trio excavated their five favorite songs to make the most consistent, invigorating collection.

Lamplighter begins with the woozy, psychedelic “Rotations,” an extended exercise in mood, meditation, and flow state, but one that adds a kick – literally – to the formula. The song begins with an almost traditional guitar passage from Rolin before Powers’ trebly drone emerges. Then come the drums, which, despite their restraint, recall kosmische, free jazz, and rock traditions. “I hit the kick drum on this one,” Gerycz says, noting that their previous recordings had none. “That was a big change for me. This one really fucking rocks.”

Other songs like the tight, melodic “June” are as close to classic songwriting as the trio comes, with its guitar chord progressions, cascading dulcimer, and driving drum pattern. It’s the band’s shortest song, clocking in at under three minutes, getting in and out fast as the penultimate piece before the final barn-burner takes the stage.

There’s no clearer indication of breaking-of-the-mold than last song “Jars of Glass,” a transcendental, nearly fifteen-minute banger that moves from the delicate to atmospheric to full meltdown. “We wanted to do something sweeping,” Powers says, “and go full out – Jayson freaking out on drums before the end.” It’s an exhilarating moment, one crystallized by the beauty and tension of the previous twenty-five minutes, and it brings the album’s scale and euphoria thoroughly into focus.

There is a magic to these songs – a spark and joy – that makes the collection shimmer and allure. Some of that is due to the well-greased wheels of the Gerycz/Powers/Rolin machine and some is because there is a clear ecstasy in the playing. Beyond its existence as a thing to be listened to, Lamplighter documents the special stuff wholly unique to live musical collaboration. Through these recordings, we’re able to smear some of that sorcerous powder on ourselves.