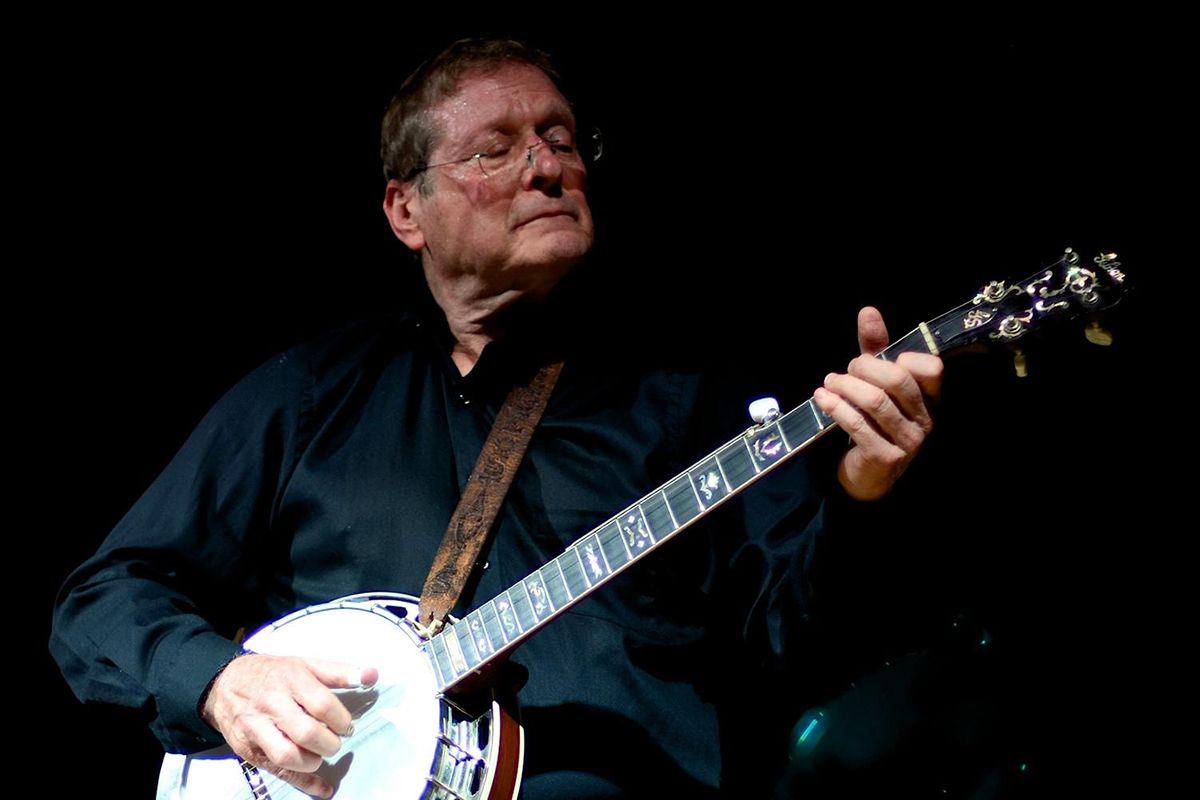 Advertisement
George Stavis and Elkhorn
About this Event

George Stavis is a singular player, among the finest 5-string banjo players of his generation. Although trained in the traditions of Pete Seeger and Earl Scruggs, in the late 1960s Stavis developed a unique approach to the instrument which expanded it in both popular and exotic directions. His first solo album, Labyrinths, on the Vanguard label, is considered a landmark for improvisational performance (“. . . one of the essential albums, in any genre, of the 1960s.” --Glenn Jones), one that brought the banjo into the “world music” category, with its evocations of jazz, classical and Indian music. Later, Stavis developed the electric banjo, fronting a popular West Coast band, Oganookie, who performed up to 160 nights per year. In the mid-’80s, Stavis released a folk orchestral album, Morning Mood, which featured his long-time collaborator, violinist / fiddler Robert Stern, and included such notables such as Darol Anger and Mike Marshall on violin and mandolin, respectively. Stavis has performed on eight recordings, including four as principal, and has opened for such artists as Richie Havens, Neil Young, the Grateful Dead and Jean-Luc Ponty, as well as performing duets with the another of the banjo’s most notable innovators, the late Bill Keith. His early work has recently been re-released in Italy and the UK, and a recent solo piece can be heard on Imaginational Anthem, Vol. 3 (Tompkins Square). Though he has not been an active performer in recent years, he still plays out from time to time, and recently performed to a rapt audience at the Thousand Incarnations of the Rose Festival of American Primitive Music. Stavis currently lives in Dobbs Ferry, New York.

Elkhorn is the musical project of guitarists Jesse Sheppard (Philadelphia) and Drew Gardner (New York City). While the duo frequently collaborates with a wide variety of musicians, their sound is rooted at its core in the interplay of Sheppard’s twelve-string acoustic fingerpicking with Gardner’s electric lead flowing through. The music draws from many sources; including folk, psych, blues, jazz, and world music. “The Storm Sessions,” Elkhorn’s sixth album since forming in 2013, is being released on February 7th by Beyond Beyond is Beyond Records. As Jesse Jarnow writes, the album “is filled with flickering textures that might create warmth on a cold day, or a bubble of human atmosphere inside a dreary dystopian vacuum, no matter the weather outside.”

This is an “in person” event.   In consideration of the ongoing pandemic and the safety of those in our community, Bowerbird is requiring all audience members, staff, and performers to wear a mask while inside the venue (please note that musicians will have the option to perform without masks once on stage).