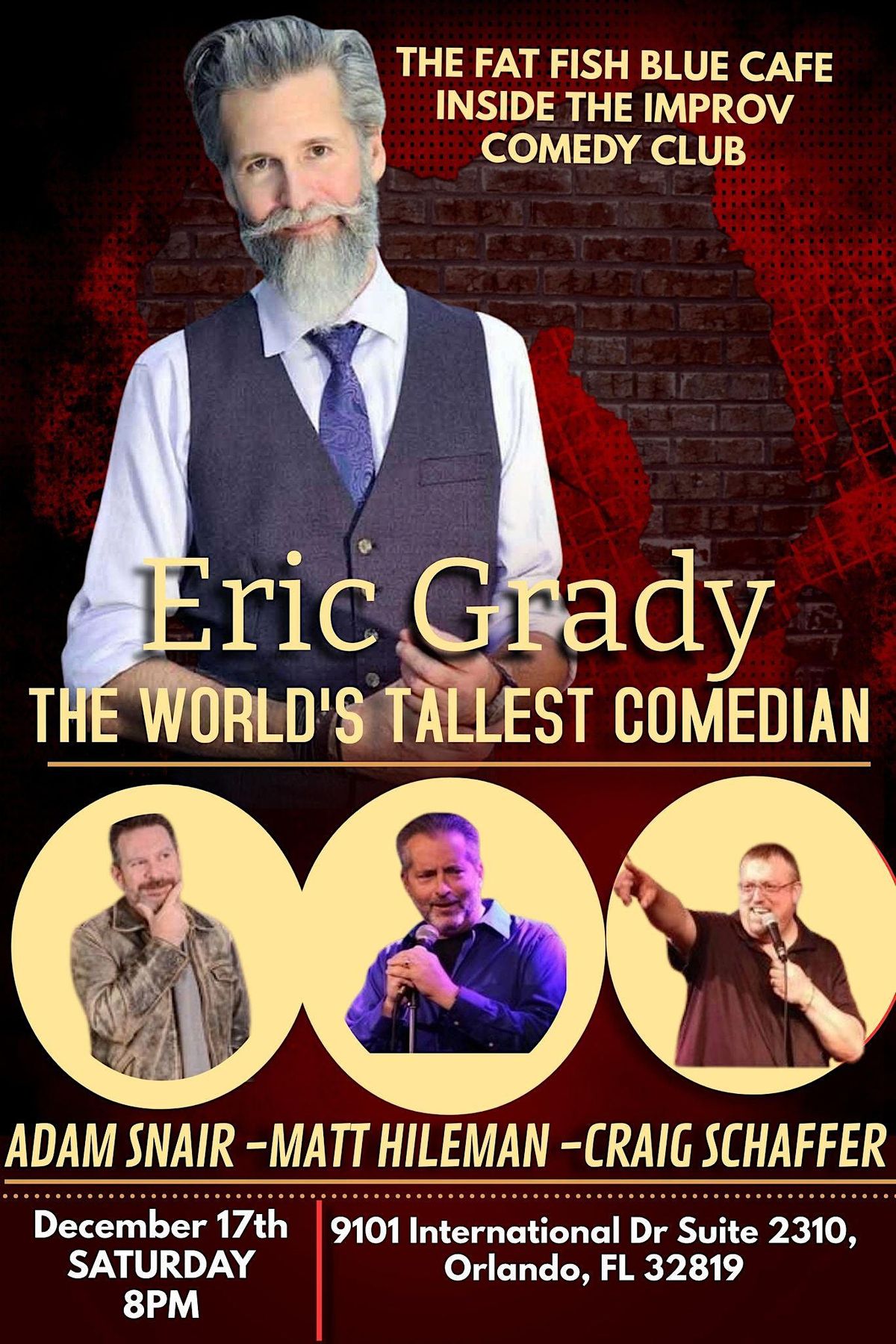 Fat Fish Blues continues their series of FREE comedy shows this week as we have COMEDIAN ERIC GRADY along with Craig Schaffer, Matt Hileman and Adam Snair!

Eric Grady is a nationally touring, American, stand-up comedian, and actor... AND the World's Tallest Comedian. At least, that's what Google says. Eric has been performing stand-up comedy since the mid 1990s. He has honed his act into a hilarious, physical, rapid-fire, smart, unforgettable comedy show, that always leaves his audience wanting more. Don't miss your chance to see Eric Grady; the World's Tallest Comedian, coming soon to a comedy venue near you.

This show will take place in the bar of the Orlando Improv known as The Fat Fish Blues Stage.

Seating is assigned based on first come, first sat basis.

The beginning of this show will be about ten minutes after the start of the main show.

Exact start time is subject to change and based off of the main show.

The end of this show is also determined by the end of the show in the main room. Both shows must end at the same time and this is out of the control of the comedians performing of the producer of the show.

All acts and show times are subject to change.