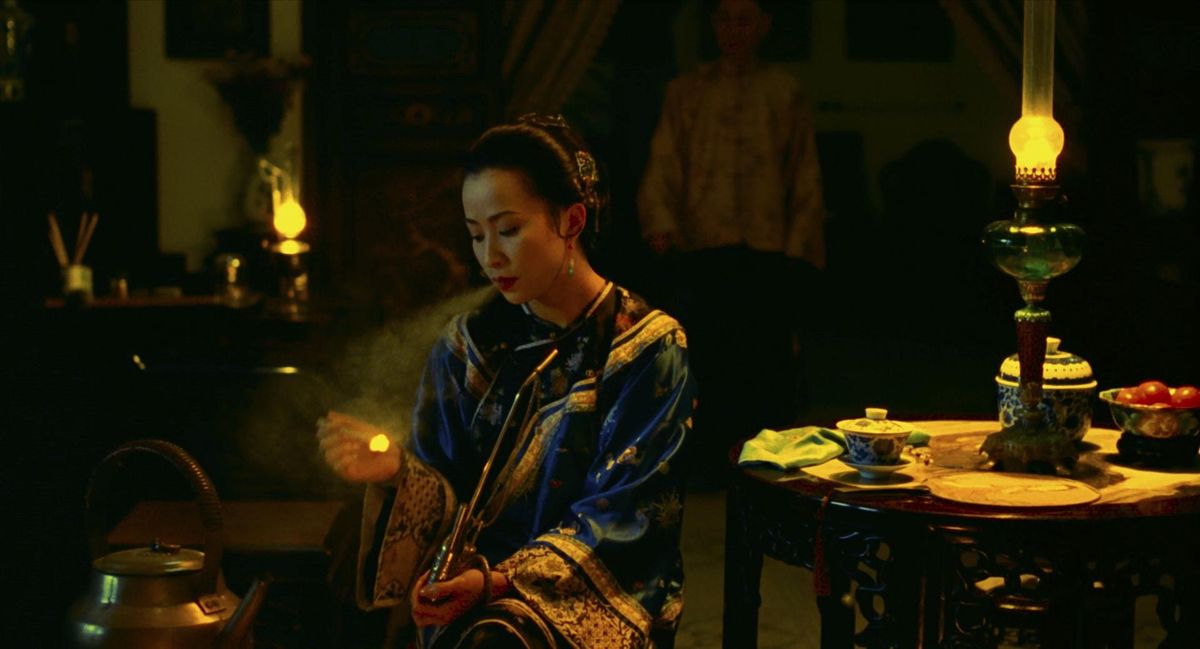 Advertisement
UCLA Film & Television Archive presents free screenings at the Billy Wilder Theater at the Hammer Museum.
About this Event

Master Taiwanese New Wave filmmaker Hou Hsiao-hsien’s first feature set outside of his native country is furtively situated within the luxurious, high-end brothels of late 19th century Shanghai. Hou’s elegantly paced chamber piece unfolds within the visually resplendent interiors of four so-called “flower houses” with little regard for the world beyond each enclave’s claustrophobic domain, where opium and wine are ever-present and carnal acts are mere cinematic suggestions. Opting for selective and at times inebriated dialogue in place of plot-driving action, what is said, as noted by author Christopher Lupke in Senses of Cinema, is on equal footing with what is left unuttered; the heartbreak and brooding from the faces of Tony Leung (In the Mood for Love) and Michiko Hada subtly oppose the elaborate ornamentation and rich primary hues of each seductive space. The earthy, sumptuous photography, shot in long, candle-lit takes by longtime Hou cinematographer Ping Bin Lee (their fifth collaboration to date), should be visually imbibed on the biggest screen possible. The Archive is pleased to present this 35mm print of Flowers of Shanghai from our collection as part of our ongoing Archive Treasures series.