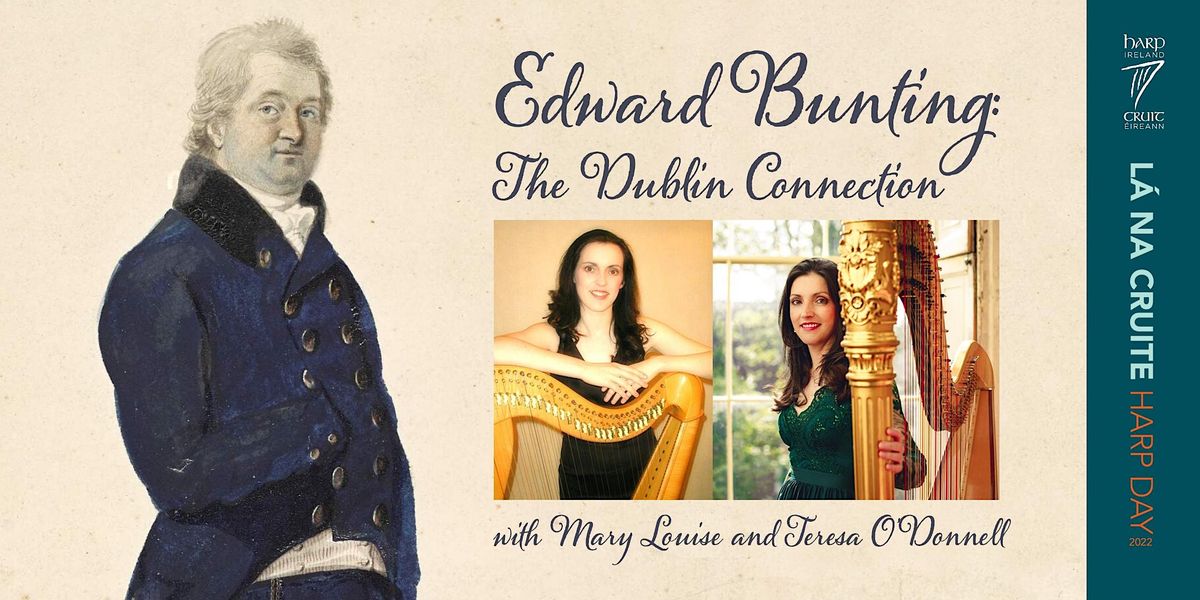 This special Lá na Cruite | Harp Day lecture by Dr. Mary Louise O‘Donnell is interspersed with harp music from harper Dr. Teresa O’Donnell and sets the scene for musical life in Dublin, and the role that Edward Bunting played in it, between 1818-43. Living in Baggot Street, he held posts as organist at St Stephen’s Church/The Pepper Cannister in Mount Street Crescent and, later at St George’s in Hardwicke Place. He was also involved in the Dublin Harmonic Institution, all the time working and advocating for his harpers’ music to be published.

Lá na Cruite | Harp Day 2022 takes place on 15th October and this year celebrates the 230th anniversary of the 1792 Belfast Harper’s Assembly and the invaluable legacy left by Edward Bunting and the Assembly on the Irish harping tradition. For more information see https://www.harpireland.ie 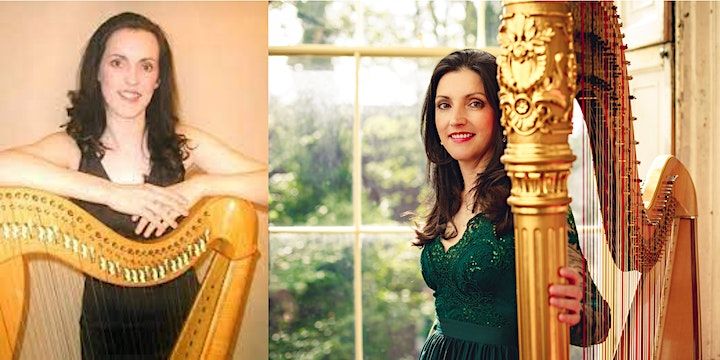 Mary Louise O’Donnell is a harpist and musicologist who has performed extensively throughout Ireland, Europe, Africa and Asia as a soloist and with various ensembles. She was awarded a doctorate by the University of Limerick in 2009 and, since then, has published widely on topics relating to Irish cultural history, semiotics and performance studies. Her first book, Ireland’s Harp: The Shaping of Irish Identity c. 1770-1880, was published in 2014 by UCD Press. Mary Louise has received many awards and grants to further her research, including an Irish Research Council Postdoctoral Fellowship, Fulbright Scholarship, and Centre Culturel Irlandais Fellowship. Her current research focuses on the diverse ways in which the Irish harp was used to construct identity among Irish emigrants to North America in the eighteenth and nineteenth centuries. In 2019, Mary Louise was appointed Musician-in-Residence with Fingal County Council and, in 2020, she and her sister Teresa released an album entitled Heavenly Harps, Heavenly Cloths: Contemporary Music for the Irish Harp by Brian Boydell.

Teresa O’Donnell is a harpist and musicologist. She has performed with the Irish Chamber Orchestra and is a musician in residence with Fingal County Council. Teresa lectured at St. Patrick’s College, DCU and received a Foras Feasa fellowship (PhD). Her research has been published in a number of journals including, the Journal of the Society for Musicology in Ireland, the Journal of Music Research Online and the American Harp Journal. She co-authored with her sister, Mary Louise O’Donnell, Sisters of the Revolutionaries: The Story of Margaret and Mary Brigid Pearse and they released an album of music for the Irish harp by Brian Boydell, entitled, Heavenly Harps, Heavenly Cloths in 2020. In 2021, Teresa was awarded a PhD scholarship from the Irish Institute of Catholic Studies, Mary Immaculate College, Limerick.