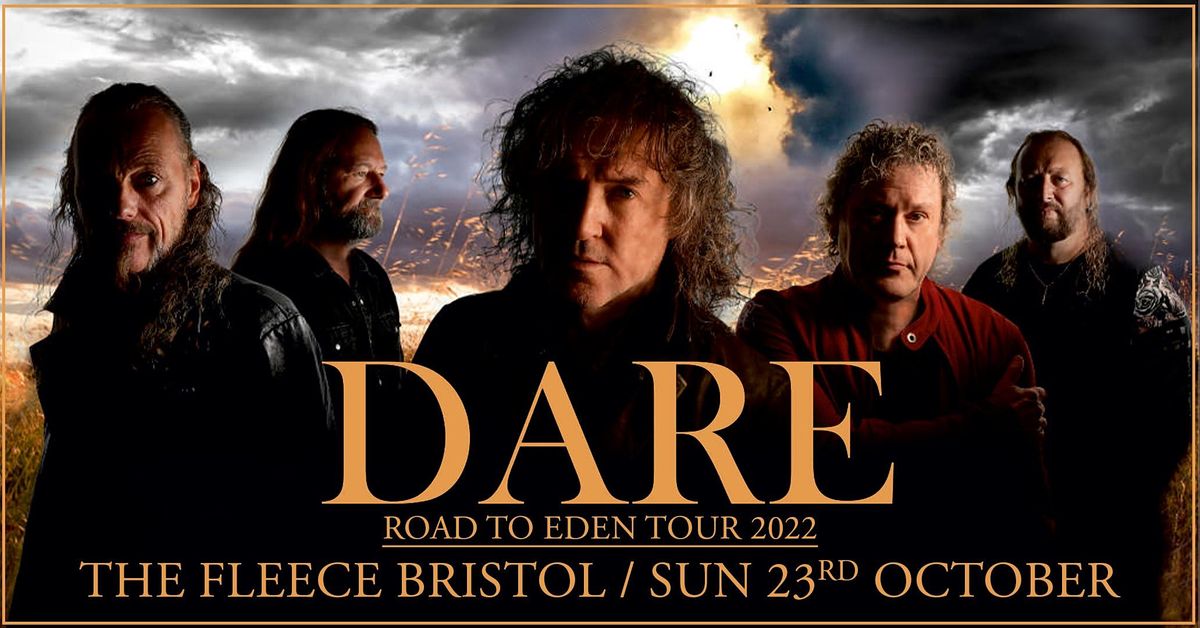 Advertisement
Dare
About this Event

DARE is best known for their frontman singer songwriter Darren Wharton who first rose to fame in the early eighties playing keyboards with legendary Irish rock band Thin Lizzy. From the tender age of 17, Darren went on to record the famous Chinatown album with Philip Lynott, Scott Gorham, Snowy White (Pink Floyd) and Brian Downey. After being featured on Chinatown, Phil Lynott had taken Darren under his wing and the young musician from Manchester soon found himself touring extensively throughout Europe, America, Japan, Australia, and New Zealand.

After a year of selling out concert halls around the globe Thin Lizzy once again returned to the studio. Now as an established member of the band, Darren was about to embark on his second Thin Lizzy album Renegade. After co-writing Angel of Death with Philip Lynott, Wharton’s talent for song writing began to emerge. Several world tours later, Darren went on to co-write The Sun Goes Down, This Is The One, Heart Attack and Someday She’s Gonna Hit Back on the legendary Thin Lizzy album Thunder and Lightning.