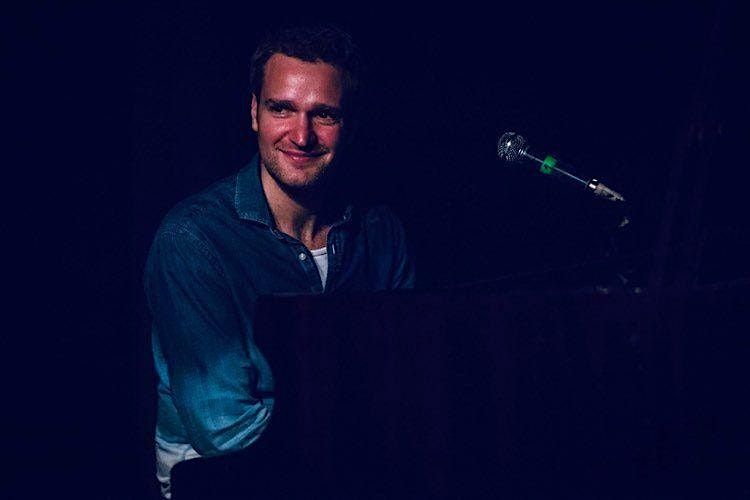 Advertisement
Dan Costa brings his melodic jazz style, tinged with the vibe of Brazil, to the Jazz Loft for some mesmerizing grooves and melodic magic
About this Event

Praised for melodic sensibility by DownBeat Magazine, Dan Costa is a jazz and world music pianist, composer and producer who has collaborated with artists such as Randy Brecker, Ivan Lins, Leila Pinheiro, Seamus Blake, Jaques Morelenbaum and Roberto Menescal.

Dan Costa's music reflects his multicultural upbringing and diverse musical background, as well as his appreciation of the natural environment. He teams up with Keith Ong on bass and drummer Oswal Gonzalez to present his original output.

Cover charge $22 for both sets.

Costa studied at the Académie de Musique Rainier III and at Paul McCartney’s LIPA. He graduated in jazz piano at ESMAE with a Rotary Club award for outstanding achievement and studied Brazilian music at UNICAMP in São Paulo as part of an exchange programme. He later pursued further studies at Berklee College of Music with a merit-based scholarship. He released his first album Suite Três Rios in 2016, considered one of the best albums of the year by Down Beat Magazine. His second album Skyness was deemed “rare and luxurious” by All About Jazz, while Live in California, his solo piano album released in 2020 was praised for “profound expression” by Jazziz Magazine. He also recorded two singles – the well-known standard Love Dance with one of its creators, Ivan Lins, and Iremia, with Randy Brecker, as a message of peace.

Dan is in the process of releasing a new album, with a rhythm section including bassist John Pattitucci and drummer Paulinho Vicente. The album also features collaborations with Mike Stern, Hermeto Pascoal, Dave Liebman and Dave Douglas.