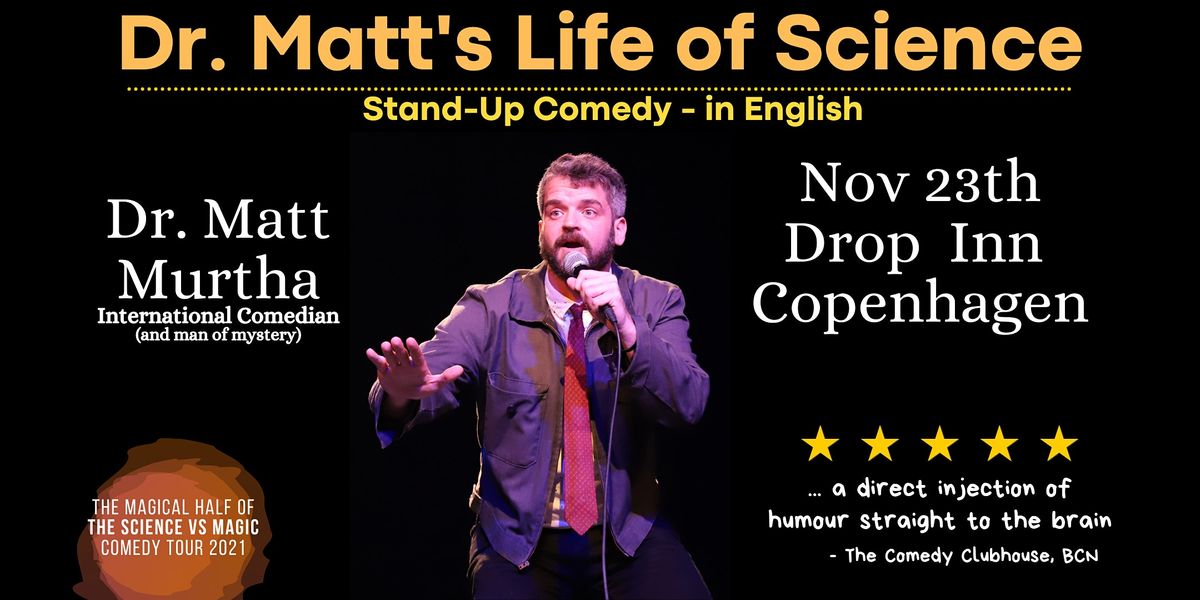 Advertisement
Standup comedy by a former cancer biologist hilariously tells the story of the life of a scientist turned comedian.
About this Event

With nothing but a microphone and the traumas of a career in research, Dr. Murtha’s unique brand of comedy brings science to new audiences via television, radio, and the stage. First in his class in both GPA and time to graduate at The Ohio State University, Dr. Murtha’s accomplished research career in Molecular Science includes multiple publications, contributions to gene therapies nearing FDA-approval, and prestigious international fellowships. He currently edits over 20 journals for MDPI and uses comedy as a platform to educate the public about science on television, radio, and stage. As a comedian, Dr. Murtha's performed across the world and opened for such talents as Judah Friedlander and Jim Gaffigan.

Mixing equal parts science and silliness this hour of road tested stand up educates while entertaining. In describing his life as a scientist, Dr Murtha mixes in the latest in science news with hilarious anecdotes from his research experience. The show is fun and accessible for all, no PhD required!

" a direct injection of humor straight to the brain!" - Comedy Clubhouse BCN

" I didn't know what to expect from a science comedian but was pleasently surprised to find out you don't need to be a rocket scientist to enjoy the show! It was hilarious and I am not even a scientist!" - David Bourne

"Great show! Well worth the ticket. Im glad I made it!" - Jonathan Hemsfield