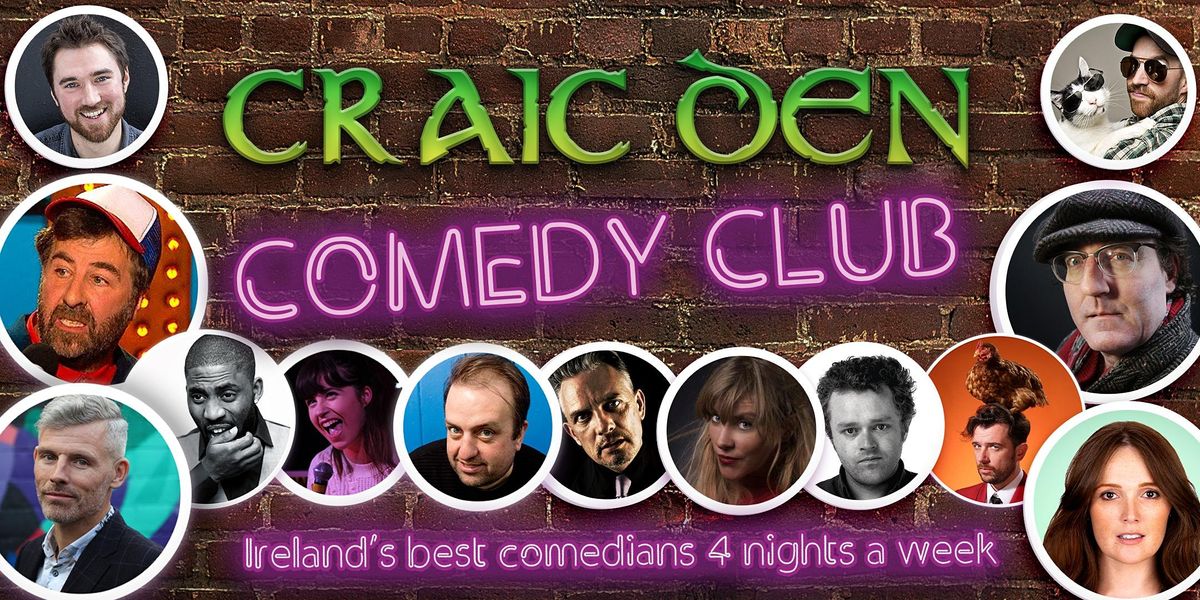 The only things you can count on in life - death, tax & the Craic Den making you laugh.

Dublin's HOTTEST comedy club is back! HOT HOT HOT! Watch the best comedians in Ireland take to the stage.

Gar Murran won The Bulmers Comedy Competition in 2006. He was a Finalist in So You Think You're Funny '07. He has performed at some of the UK's best clubs including The Hyena, The Glee Clubs, Jongleurs, Amused Moose, Funhouse Comedy Club. He is a regular MC/performer at Ireland's biggest comedy club The Laughter Lounge, (Dublin, Waterford) & The International Bar, Comedy Cellar, Roisin Dubh. FESTIVALS He has performed at the Kilkenny Cat Laughs Festival '09, The Cork Comedy Festival '11 & The Leeds Festival '11. TV CREDITS TV3 'UPLOADED'

At Mulligan and Haines, 32 Dame Street