Advertisement
A WHOLE NIGHT OUT! ticket price includes private bowling after the show in the Boston Bowl Experience Room, billiard, or arcade gaming!
About this Event

Al has quickly emerged as a rising talent on the national comedy scene. He won both the Boston Comedy Festival and Cleveland Comedy Festival competitions, and was a finalist in the prestigious Seattle International Comedy Competition. In 2019, he was invited to perform at the National Comedy Center in Jamestown, NY. Named Boston’s Best Comedian by Improper Bostonian magazine, Park mixes sharp observation and cultural satire with plenty of self-deprecation for a unique, authentic comic voice. His standup can be heard on Audible.com, and he made his television debut on FOX TV’s “Laughs”.

AJ has a unique comedy perspective & style which combines witty wordplay with organic audience interaction, which lead him to 125,000 social media followers and a demand for him all over the Northeast. His act covers his Filipino family, growing up on an island, his un-healthy obsession with pro-wrestling, and coming out of the closet in his 30’s. In addition to performing alongside great acts such as Jim Breuer, Jeff Ross and Lenny Clarke, he’s a multi-time performer for the U.S. Air Force at Hanscom AFB. As a Wedding Officiant AJ has performed for over dozens of weddings and has been featured in 'Engaged Magazine.'

Brieana is a traveling comedian, having performed in 29 states shes known for her balls to the wall style which has landed her as a current finalist in Massachusetts Funniest Comedian shes also performed at the Boston Comedy Festival, Brieana is one of the most exciting up and coming comedians in New England!

AND OF CORSE! Boston own Phoebe Angle! 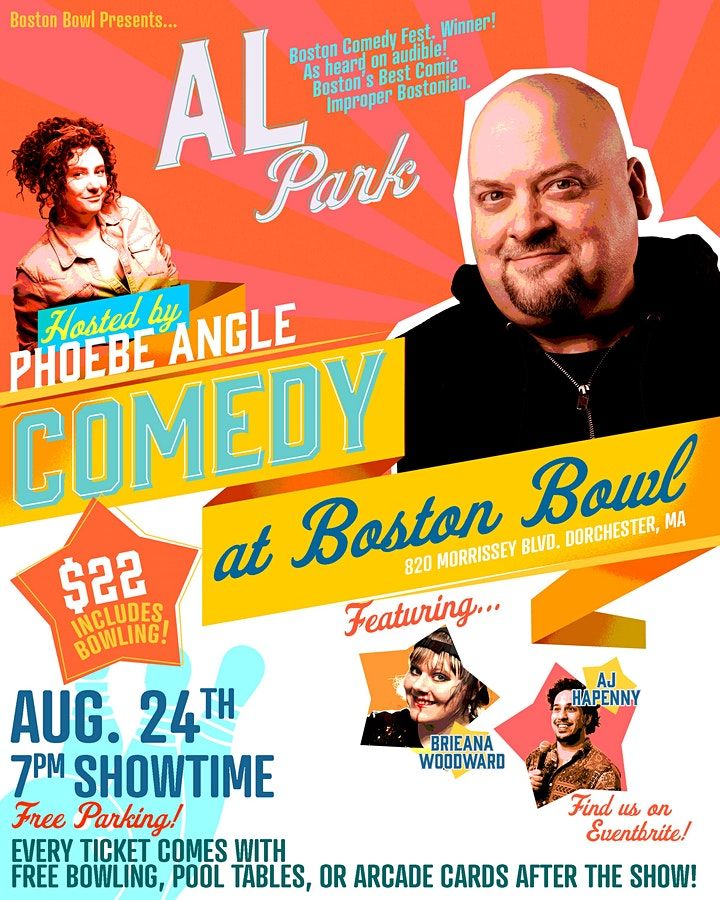