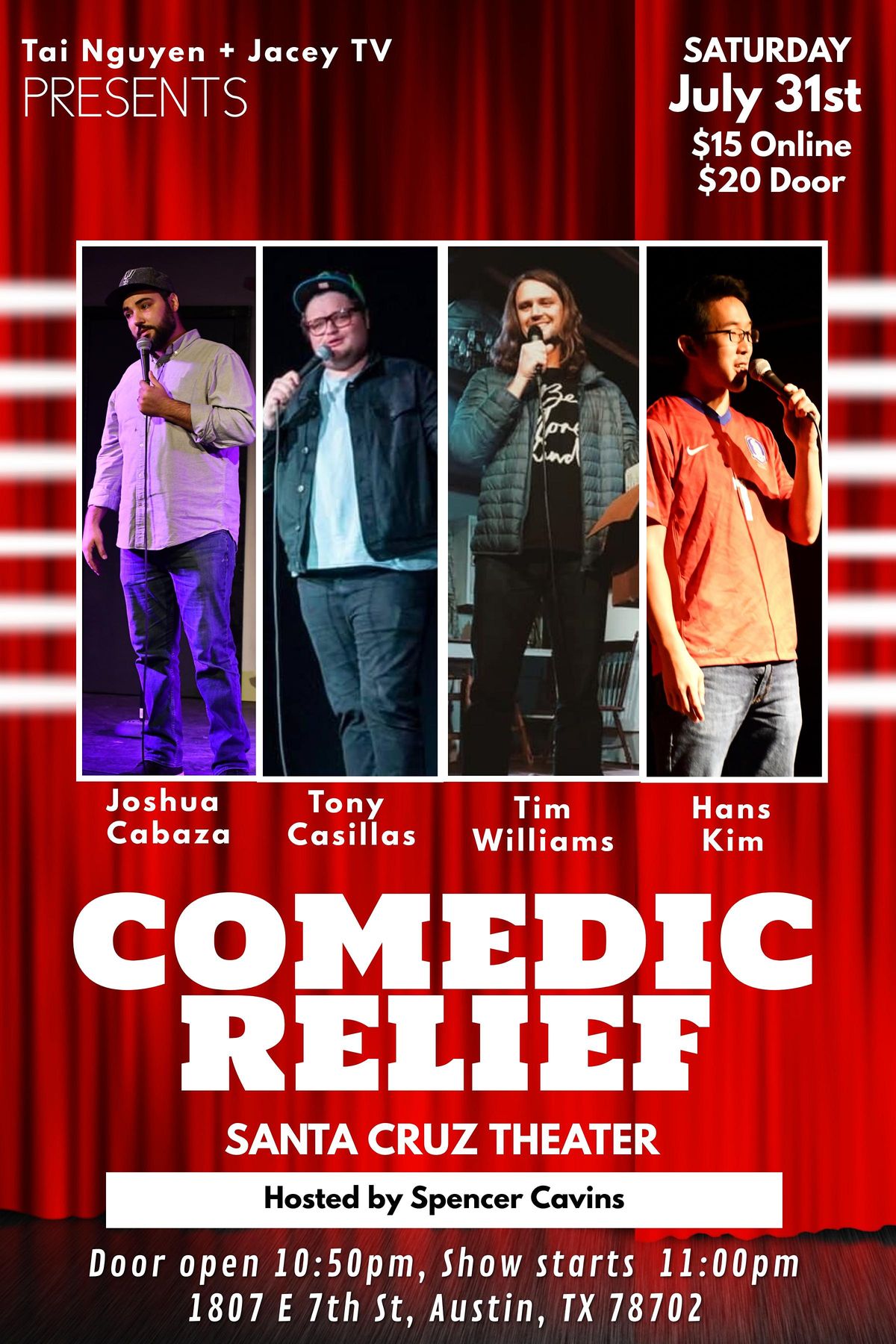 Having a stressful week because you just moved to Austin and traffic sucks? Sounds like you need some comedic relief this show provides.
About this Event

Comedic Relief is a stand up comedy show featuring FOUR heavyweight comedians in the game. These comedians have tour across country to established applause inducing bits.

Tony Casillas - when he goes up on stage he becomes an open book. Talking about his time living in Germany, his relationship with his military family, and his unsuccessful dating life.

Joshua Cabaza - winner of 2017 Funniest in South Texas, has a calm demeanor with outbursts of insanity delivered in a unique rhythm. He animated, and help create, "Blair & The Bear" on FMCW Studios which he founded in 2010.

Hans Kim - known for enthralling performances, he became the newest member of K*ll Tony as regular. His wordplay and odd view of the world made him a star.

Tim Williams - known for silly stories with (sometimes) sharp points, collected and told from a laid back perspective. He is originally from Texas but has told jokes around the world. He has performed on the Moontower Comedy Festival and has opened for various comics whose names might impress you.

*refunds will not be accepted unless show is cancelled or postponed. 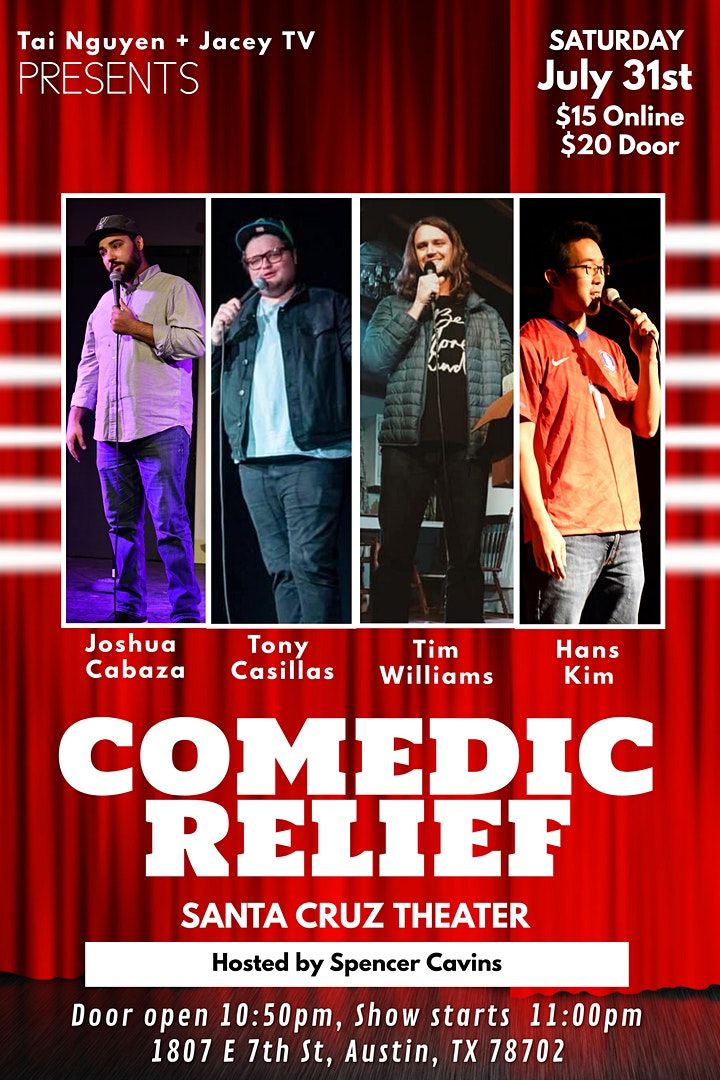