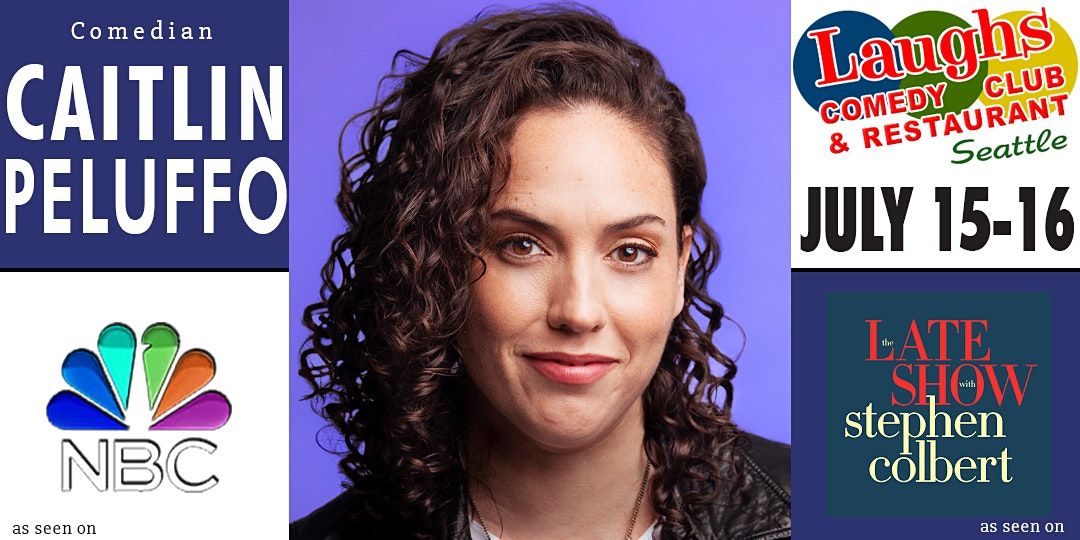 Originally hailing from San Francisco, CA, Caitlin Peluffo is a comedian currently living in Brooklyn, NY. After a brief six year stint in art school where she studied performative video art (no, really…that’s a thing) she has expanded her talents to the stage. Peluffo has opened for comedians like Maria Bamford, Gilbert Gottfried, Gary Gulman, Colin Quinn, and the late Kevin Meany. She’s been featured everywhere from New York Comedy Club in the Big Apple to clubs nationwide talking about how she came to be such a lovable loose cannon.

She co-produces a monthly comedy show in Brooklyn with Emily Winter at Precious Metal Bar called Karen. She also recently participated in The Breakout Artist Series for Carolines on Broadway. With Caitlin, no subject is off limits, however, she did make a promise to her mother that she would never, ever discuss that one time she took those ‘whorish, yet tastefully executed’ photos for a guy she used to bang in the military. She may be a patriot, but a promise is a promise.