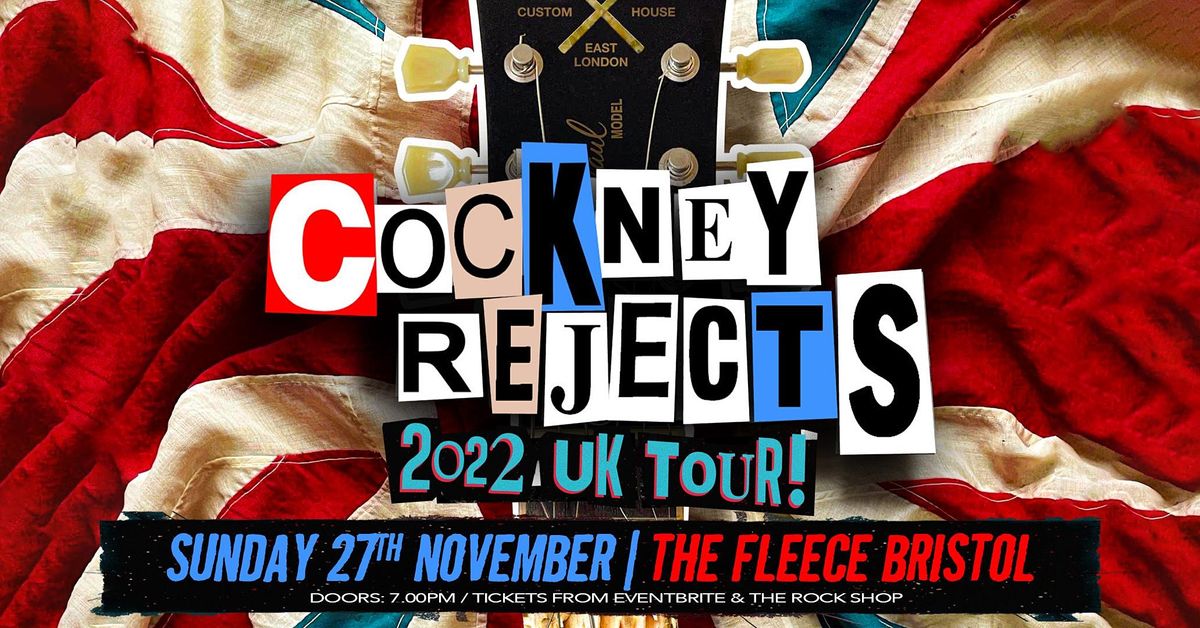 Advertisement
Cockney Rejects
About this Event

Inspired by the critically reviled working-class punk of Sham 69, the Cockney Rejects helped give voice to the punk subgenre tagged Oi!, partly thanks to the group's 1980 song "Oi! Oi! Oi!"

The Rejects' sound was loud, brash, and crudely performed, with an irreverent sense of humor and an inclination toward mindless anarchy that made them appealing to frustrated lower-class youth and, unfortunately, the more extreme right-wing racist faction among the growing skinhead movement, an association the group did not encourage but for which it was soundly berated.

Vocalist Jefferson Turner, guitarist Mick Geggus, bassist Vince Riordan, and drummer Keith Warrington were discovered in London's East End by Sham 69 singer Jimmy Pursey, who helped the group get a record deal. The Rejects' initial output was voluminous; their first two albums were both released in 1980 and jokingly titled Greatest Hits, Vol. 1 and Vol. 2. Greatest Hits, Vol. 3: Live & Loud!, featuring "live" versions of their best-known songs (actually recorded in a studio with an audience), and The Power and the Glory followed in 1981. The latter album found the group trying to broaden its approach, employing acoustic guitars and a more melodic orientation.

Released in 1982, The Wild Ones marked a shift toward heavy metal; unsure of their direction, the Rejects eventually disbanded in 1985, with several compilations of live and unreleased material appearing (1985's Unheard Rejects, 1987's Live and Loud!! The Bridgehouse Tapes). The Cockney Rejects reunited in 1990 for the album Lethal, which failed to make much of an impression. Ten years later saw the release of Back on the Street, followed by Out of the Gutter in 2003 and Unforgiven in 2007.