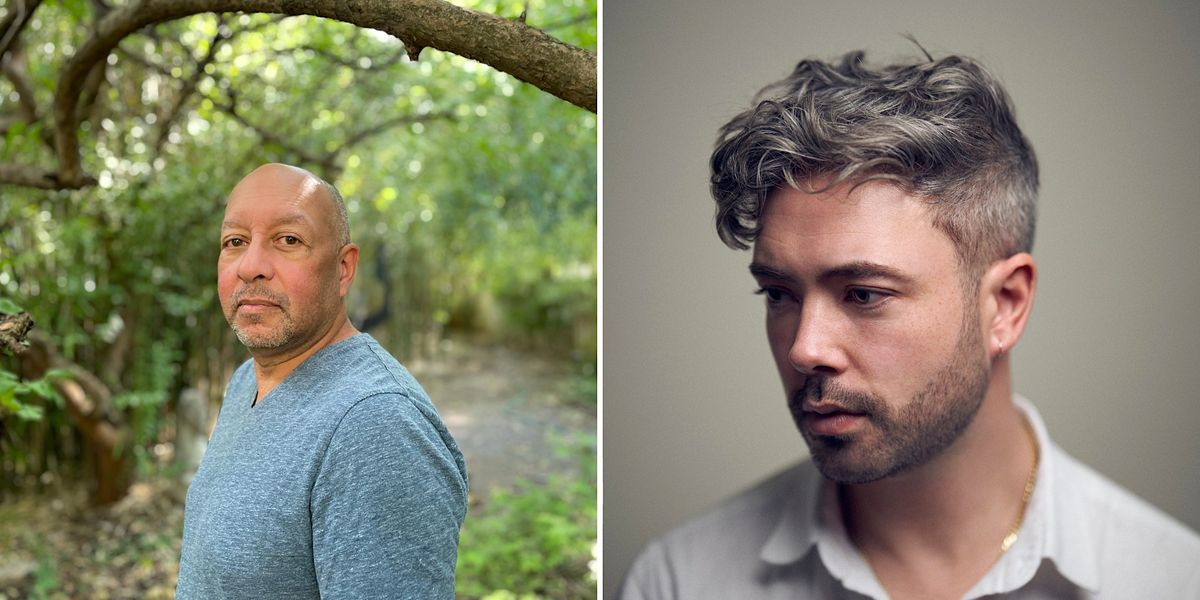 Poetry Ireland is delighted to host celebrated queer African-American poet Carl Phillips for a reading from and conversation about his new publication Then the War: And Selected Poems 2008-2020. Two books in one, Then the War explores the idea of tenderness as both wound and revolution, memory as ghost and a guide forward. This is followed by a selection of poems from 2007-2020, which explore the complexities of trying to make a life with another person in the face of political upheaval and world crisis, getting at the moral ambiguity of attempting joy when the world is on fire.

Carl will be in conversation in the Sculpture Hall at Hugh Lane Gallery with poet Seán Hewitt, whose new memoir All Down Darkness Wide is a perceptive and unflinching meditation on the burden of living in a world that too often sets happiness and queer life at odds.

Carl Phillips is the author of 15 books of poetry, including the 2020 collection Pale Colors in a Tall Field, from Farrar, Straus and Giroux. He is a professor of English at Washington University and served as the judge for the Yale Series of Younger Poets from 2010 to 2020. His many honours include the Kingsley Tufts Poetry Award, a Lambda Literary Award, an Award in Literature from the American Academy of Arts and Letters, and the Academy of American Poets Prize.

Seán Hewitt's debut collection, Tongues of Fire, was published by Jonathan Cape (2020). It won The Laurel Prize in 2021, and was shortlisted for The Sunday Times Young Writer of the Year Award, the John Pollard Foundation International Poetry Prize, a Dalkey Literary Award. In 2020, he was chosen by The Sunday Times as one of their “30 under 30” artists in Ireland. His memoir, All Down Darkness Wide (July 2022) is published with Penguin Press in the USA, and Jonathan Cape in the UK. He is a Poetry Critic for The Irish Times and teaches Modern British & Irish Literature at Trinity College Dublin.