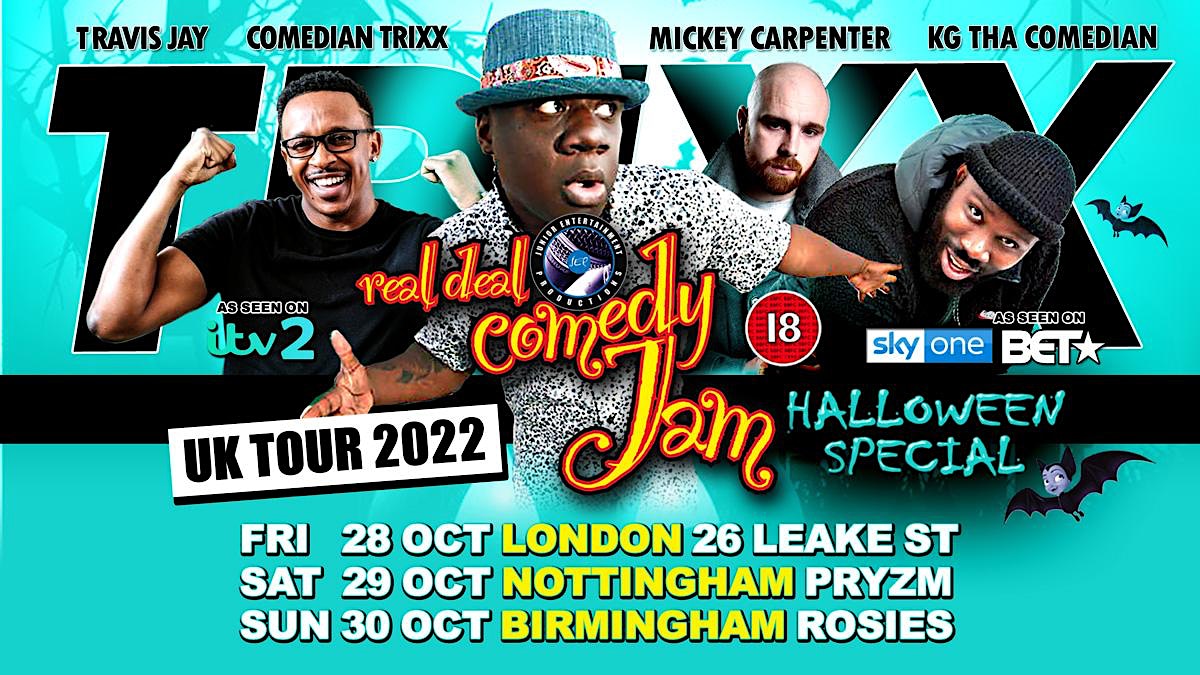 “Get ready for a spectacular evening of no-holds-barred live comedy action-packed entertainment in London, Nottingham and Birmingham."

Previous years have seen iconic performances from Curtis Walker, Richard Blackwood, Mo Gilligan, Judi Love and Britain’s Got Talent winner Axel Blake to name a few, this is an event not to miss.

International comedy and social media star Comedian Trixx continues to be one of the funniest comedians in the entertainment industry. The Ghana-born Canadian raised by Caribbean people is famous for his talent which lies in knowing exactly when and where to push boundaries and establish new limits. Recently Trixx and been seen on Kevin Hart’s LOL Network, Just For Laughs and was the 2021 winner of Boston Comedy Festival. Taboo shattering, searingly honest, and painfully funny, Frankie “TRIXX” Agyemang has worked with stars such as: Tracy Morgan, Damon Wayans, Cedric the Entertainer and Mike Epps.

ITV The Stand Up Sketch Show’s Travis Jay is a stand-up comedian, actor and radio presenter and Leicester Mercury Comedian of the Year nominee. A phenomenal live act hailed by Dave Chappelle, Travis most recently performed his 2021/22 show Travis Jay Live to a sold out Bloomsbury Theatre, which was also filmed as a special and will be released in 2022. Undefeated Podcast Boxing co-host

BET The Capture host KG Tha Comedian is best known as a pioneer of UK Hood Comedy for a YouTube viral hit called “Shadrack & The Mandem” and R&B Parody group “Caramel” which culminated in millions of views, with fellow comedian Marston. As an actor he starred in BBC's Famalam, Ted Lasso, Sky One Bloods and ITV2 Timewasters. Undefeated Podcast Boxing co-host

Mickey Carpenter aka The Pub Barman is an English comedian, known as one of the funniest white acts established on the black British comedy circuit.