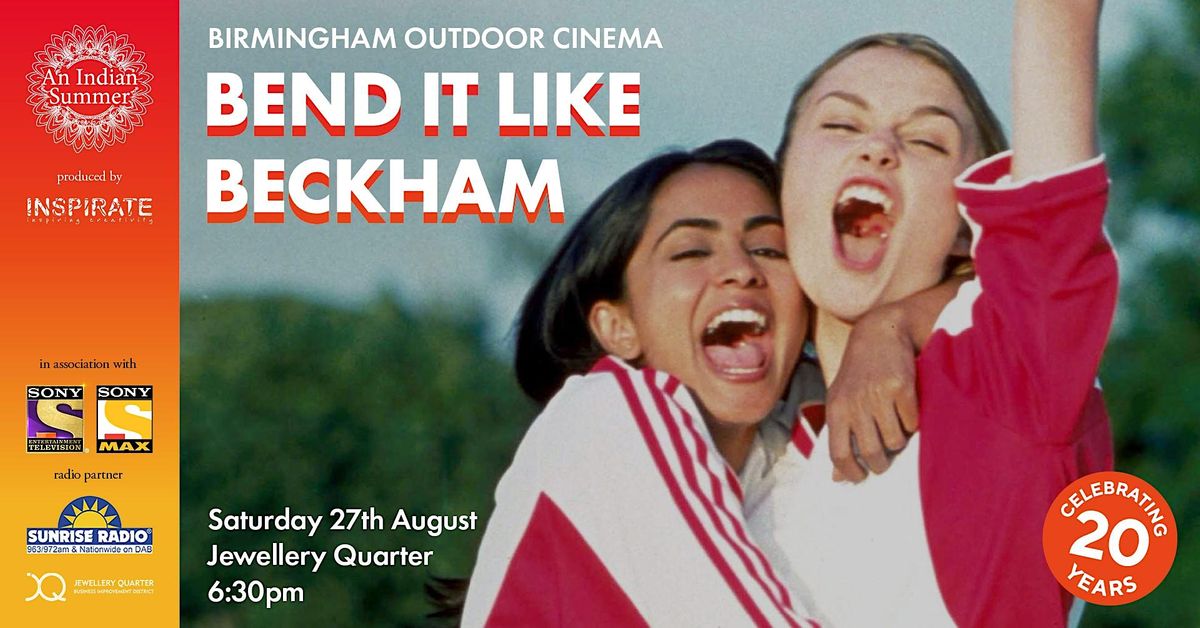 Advertisement
An Indian Summer's Outdoor Cinema is back! Bring family & friends to see this British Asian, contemporary classic on the big screen!
About this Event

Bend It Like Beckham is celebrating it's 20th anniversary and this summer, you can watch it for free on our big screen!

“Anyone can cook aloo gobi, but who can bend a ball like Beckham?”

Enjoy this hilarious, heartfelt comedy and watch Jess Bhamra juggling family, football and growing up as a British Indian girl in Hounslow.

This iconic film stars Parminder Nagra, Keira Knightly, Anupam Kher and many more faces that you'll recognise not to mention the classic quotes we all remember.

Simply show your tickets to our team on the day. There will be lots of seating but it is first come, first served and you're also welcome to bring a chair to sit on.

The British Board of Film Classification (BBFC) has the film marked as a 12A certificate.

Earlier in the day, we will be screening the Bollywood classic - Hum Aapke Hain Koun..!

This event is part of Inspirate's An Indian Summer Festival 2022.

Go to IndianSummer.org.uk to learn more