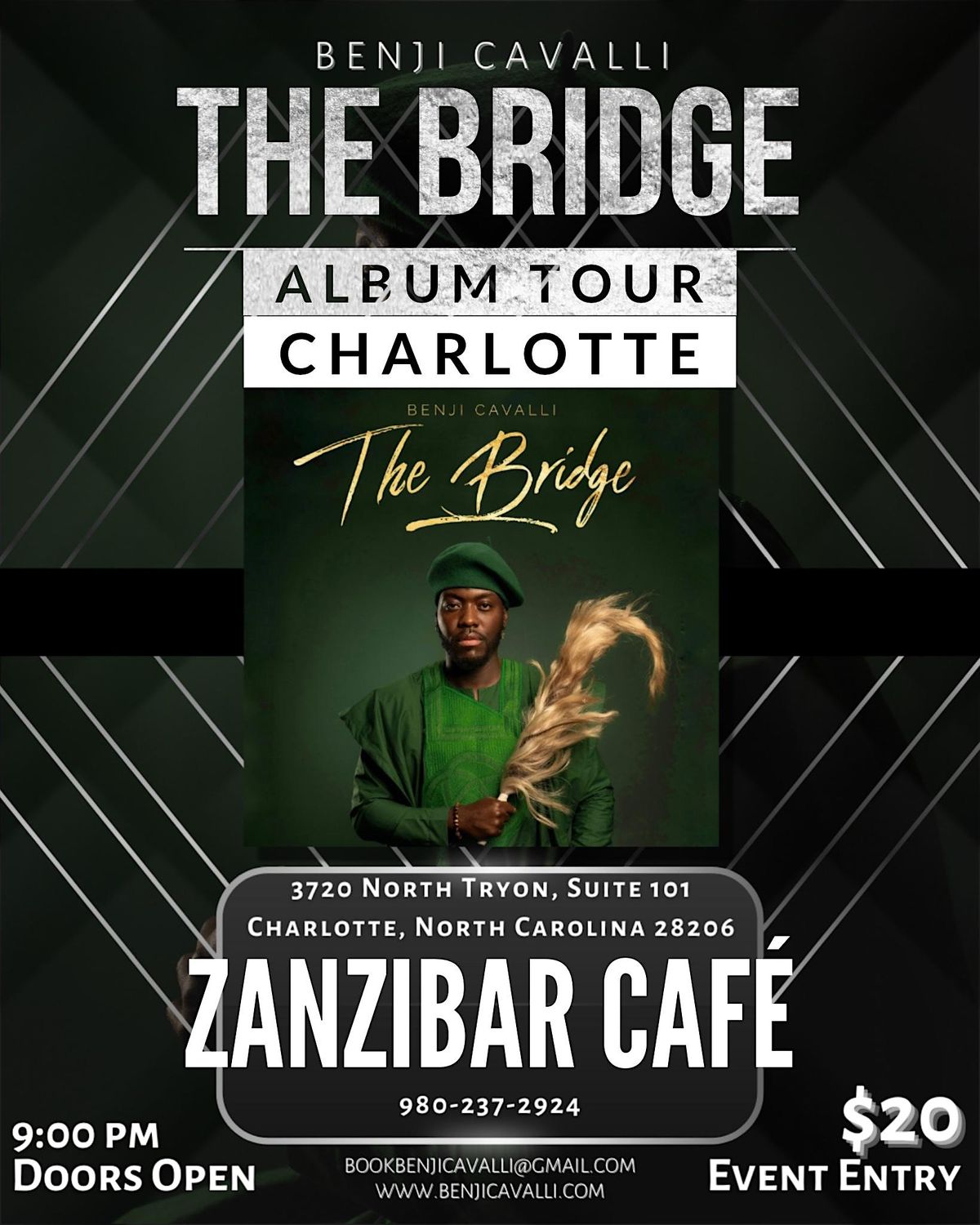 Advertisement
BENJI CAVALLI shakes the summer with, THE BRIDGE, his first solo album, accompanied by a tour of the same name. FIRST STOP, CHARLOTTE!
About this Event

US-based Liberian refugee turned artist, Benji Cavalli, seeks to inspire with his debut LP, The Bridge. Following the success of his single, "Ball" released on New Year’s Day, Benji Cavalli has finally released a complete body of work highlighting his unique tenor and vibrato, and featuring drums, bass, and his signature vibrant energy.

Primarily written in both standard English and Liberian pidgin known as “Kolloqua,” some tracks pay homage to Benji’s French coupe origins while other lyrics were deeply inspired by his transition from poverty and homelessness following the Liberian Civil War to entertainment industry success. The themes include enjoyment, romance, and inspiration as it is Benji' Cavalli's goal to be "The Bridge" between cherished Liberian traditions and the modern world he navigates while shrinking the gap between continental Africans and the diaspora. As a result, the Highlife, Gbema, and Afrobeat sounds attributed span Liberia, Australia, America, the Ivory Coast, and more, and are sure to resonate with listeners all over the globe.

With this debut album and tour to follow, this West African Afrobeat sensation entered 2022 with a clear mission in mind. He states, "I’m all about reclaiming my narrative as a survivor of war and the perception of Liberia as a whole through music and arts. There is a rich culture and history the world must see, and I would like to partner with anyone who recognizes that and also shares that vision."

Benji Cavalli is embarking on his first headlining tour to accompany the release of his debut album, The Bridge. An electrifying performer, stay connected with Benji Cavalli to see when he will be in a city near you: https://benjicavalli.com/shows . 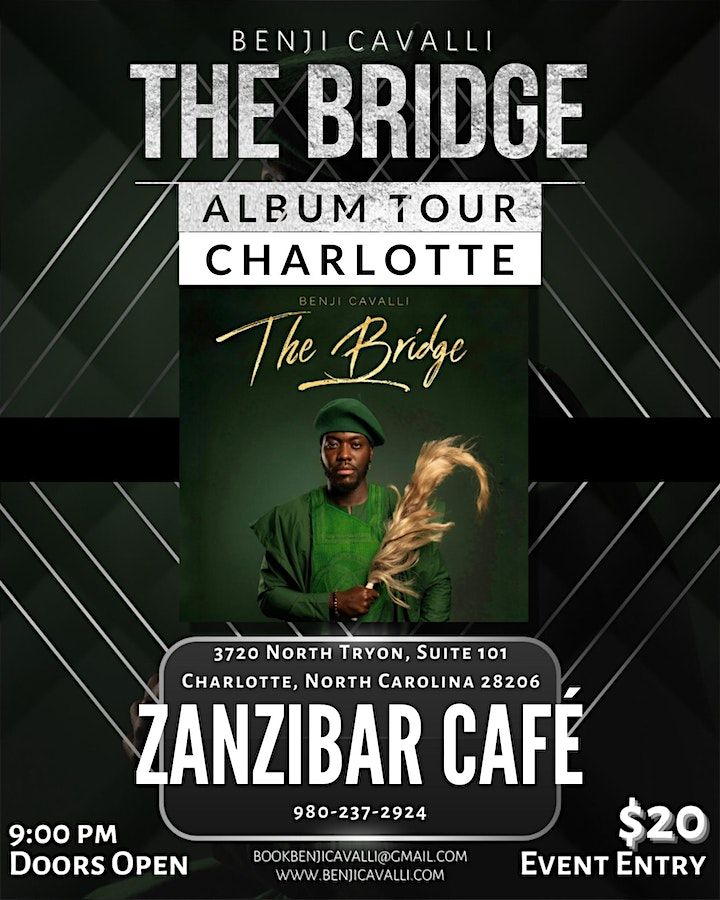