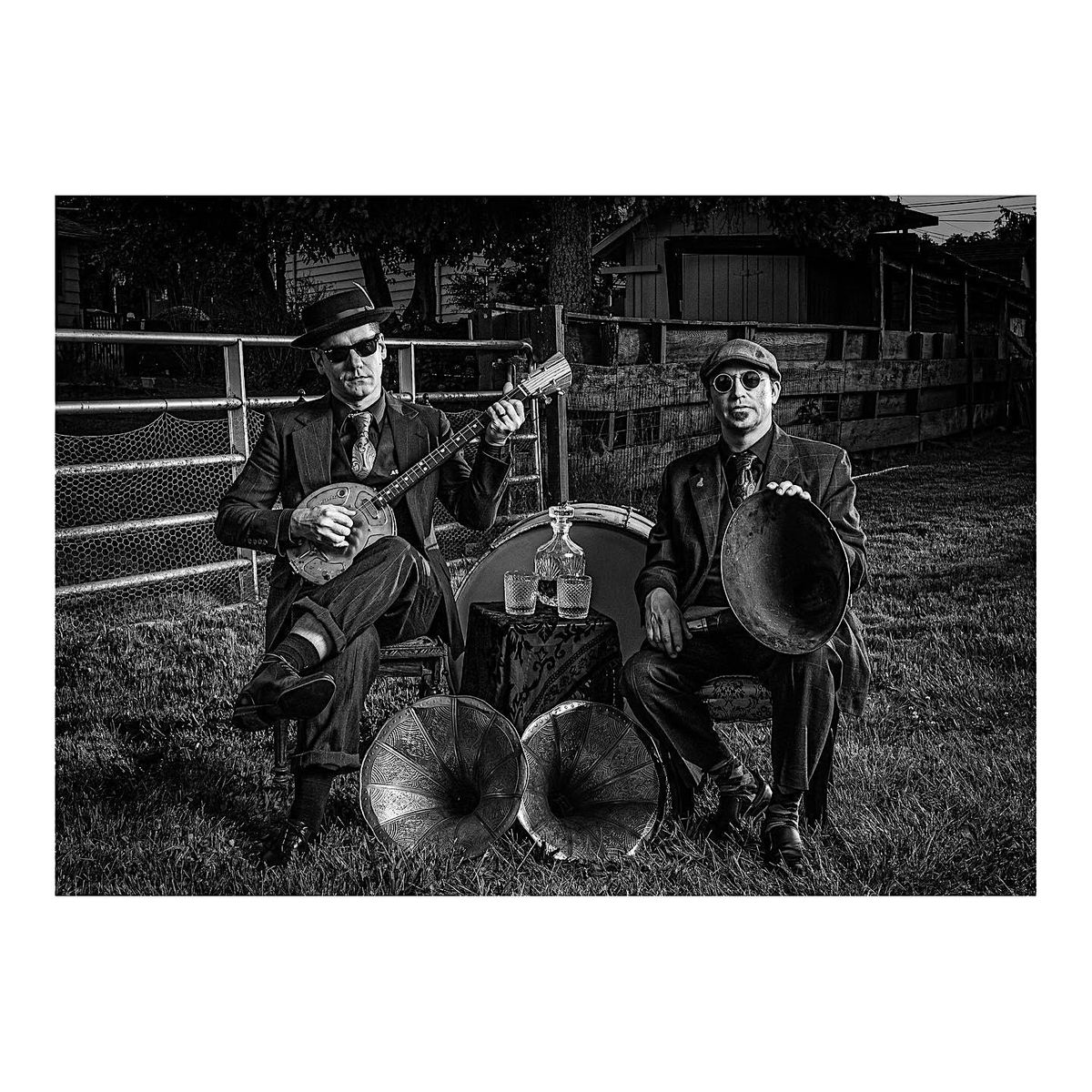 Halloween is the perfect season to fall in love with the two-man voodoo mayhem band The Peculiar Pretzelmen. But the relentlessly touring mystery-tramps Monsieur (Kevin) Incroyable and The Deacon (Marrquin) are likely to end up in a dark cabaret or twisted rock dive worth its salty mouth. They’ve done several releases (on album and EP) and their live sets dig deeply into their canon.

Singer-songwriter and multi-instrumentalist M. Incroyable is originally from Philadelphia, Pennsylvania, and his songs have that visceral East Coast working class toughness of a raw punch or intoxicated caress, even if he and Los Angeles-based trap-bash percussionist partner Deacon are making succulent threnodies of doomed desire and jilted despair, evoking pre-World War ll blues-haunts, wearing their best black and red, as they tear through another mesmerizing musical set.

The Peculiar Pretzelmen will bring the crepuscular season to you at any time, with albums of their prolific song cycles — such charming and inimical albums as (most recent) Transmissions from the Electromagnetic Understream, back to their first two Innumerable Seeds of Calamity and Uncanny Eyes — fetchingly for sale and filled to the brim with songs about “outlaws, drifters and wraiths.” They are the quintessential Old, Weird American band.

Performing with Voltaire, Jason Webley, Lucky Tubbs, Baby Gramps, and coming up on shows with like-minded punks as Social Distortion, Legendary Shack Shakers, and others, keep an ear out for them to play out nearby. They have showed up and blown the line-up into an ungodly Big Band, or just make your scene as a Barney and Clyde of wolf-howling bop, adding the swank yet creepy vibe to any burlesque showcase, festival line-up, or even fan Convention for those into the unusual.

If you’re a fan of Brecht, Nick Cave, Beefheart, or Bessie Smith, The Peculiar Pretzelmen are a perfect accompaniment to a night of blood-and-bourbon-swilling or otherwise depraved leisure specialties. Don’t miss the esoteric occasion of their arrival.