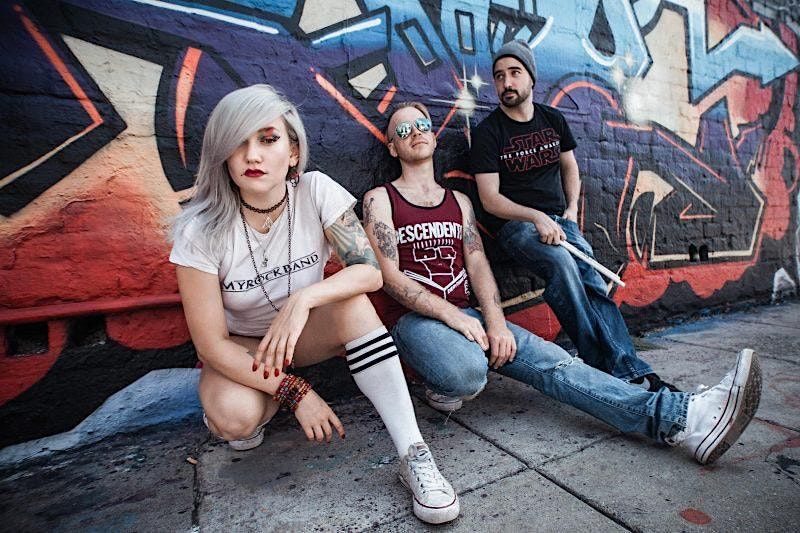 In 2016 ’Chase the Comet’ members, frontwoman Nika Comet and guitarist Alexander Mishustov hopped on a flight from Moscow, Russia to Los Angeles, CA, and experienced eye-opening inspiration. Leaving behind the band that had brought them great success in their home country, they decided to follow their dreams and ‘deliver their music to the whole world.’

They started their first band 'The Sun' when they were in high school. After taking part in a TV-project like 'American Idol', releasing 2 full-length albums, first under the name 'The Sun' and then 'MyRockBand', playing at almost all biggest rock-festivals in Russia they realized they were ready for a more serious challenge.

By that time vocalist Nika Comet had an impressive resume providing backing vocals for one of the most popular Russian rock-bands ‘TARAKANY!’ and guitarist Alexander Mishustov had shared huge stages opening for the likes of ‘Metallica’, ‘Linkin Park’, ‘Muse’ and ‘Incubus’, just to name a few.

It was time for them to move on and focus on their own music.

They changed their band name to Chase the Comet (joking: 'Third time's the charm') and at the end of 2017 released their first English EP 'This is MyRockBand' consisting of MyRockBand's (old band name) English songs.

In February, 2018 Chase the Comet released their first full-length English album ’Rush’n’Rule’ crowdfunded by a constantly growing international online following. The album genre could be determined as female-fronted alternative rock.

The band went on a few national tours playing shows in more than 7 states and 20 cities on the West Coast and South West of the US in 2018.

Before the lockdown, the band collaborated with 'Infected Rain' frontwoman Lena Scissorhands on the t.A.T.u.-cover 'All The Things She Said' released on February, 14 2020 on Napalm Records. It has gained over 1 M views on YouTube and has become Chase the Comet's first label release.

After finally receiving their O-1 visa for people with extraordinary abilities, Nika and Alex are now expecting to sign an investment contract while working on a new album and staying in touch with their FANmily on social media.

A 4 piece band from Seattle, we are consistently on CHAOS MODE.