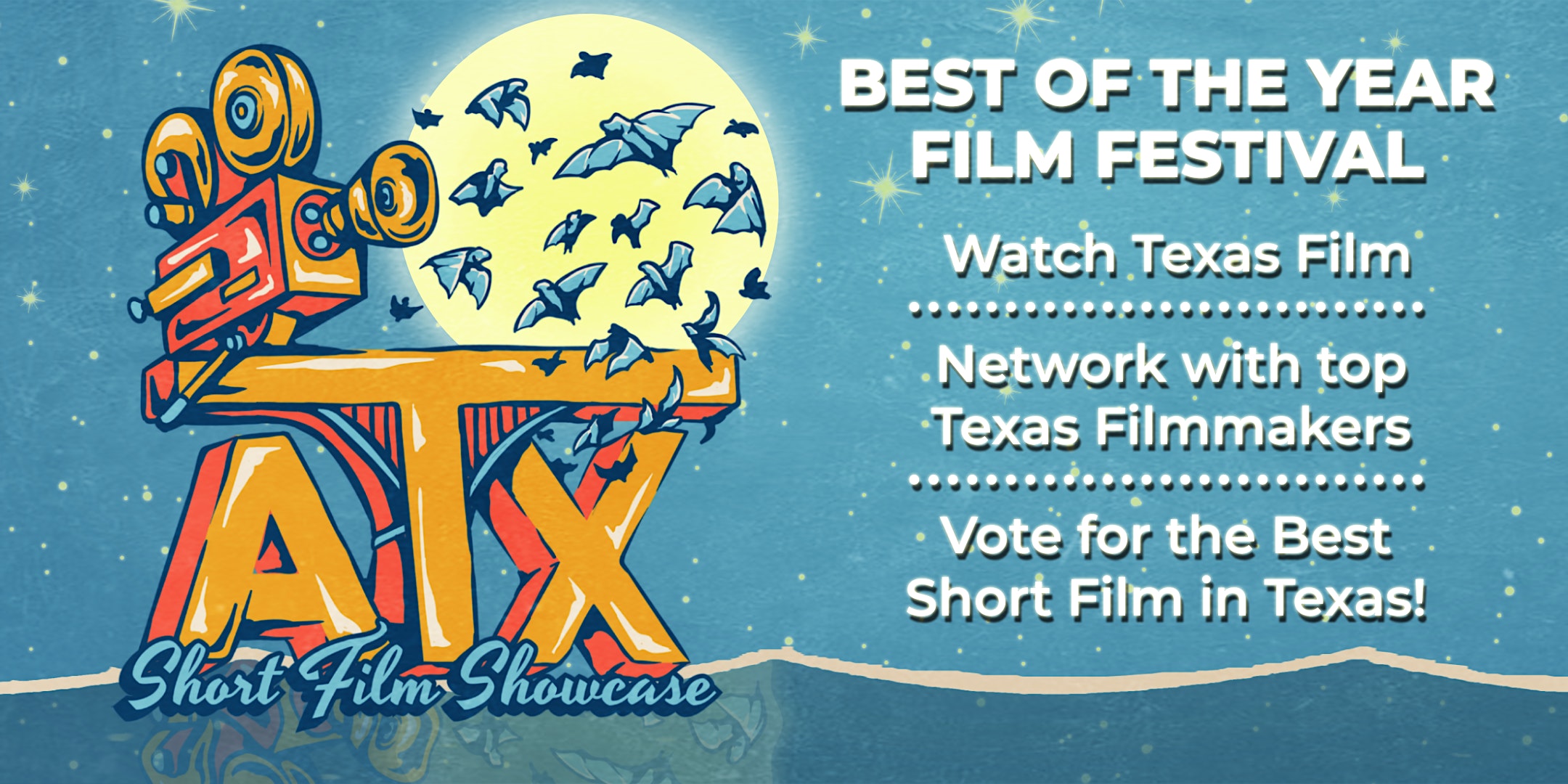 For the past 12 months the ATX Short Film Showcase has curated 6-7 Texas-made short films every 2nd Monday of the month. Of the 73 Official Selections, 11 films have been voted the Audience Award Winner. On August 21st, these 11 films will go head-to-head for the title of "Best Short Film in Texas" and take home a $500 prize. And we need YOUR help to crown the winner!

Come join us as we celebrate our first anniversary and the amazing Central Texas film community as we screen top-rated & fan favorite shorts from our first season. Whether you're looking to network with fellow Texas filmmakers or just want a fun day/night of entertainment we've got you covered.

Early-Bird tickets for each block of films are $10 (except for the "Audience Choice" block which is $15.) An Early-Bird All-Day VIP Pass can be purchased for $35. All screenings will take place INSIDE the legendary Ballroom ATX - full bar available with an Arlo's food truck on site. Check out the full screening schedule below:

We look forward to sharing this amazing experience with you!

The ATX Short Film Showcase is dedicated to spotlighting the best filmmakers in the Lone Star State - artists with passion and grit, who don't need a big budget to tell a story worthy of the silver screen.

Our goal is to provide a platform for Texas filmmakers to screen their work in front of a live audience, receive valuable feedback, and network with their peers.