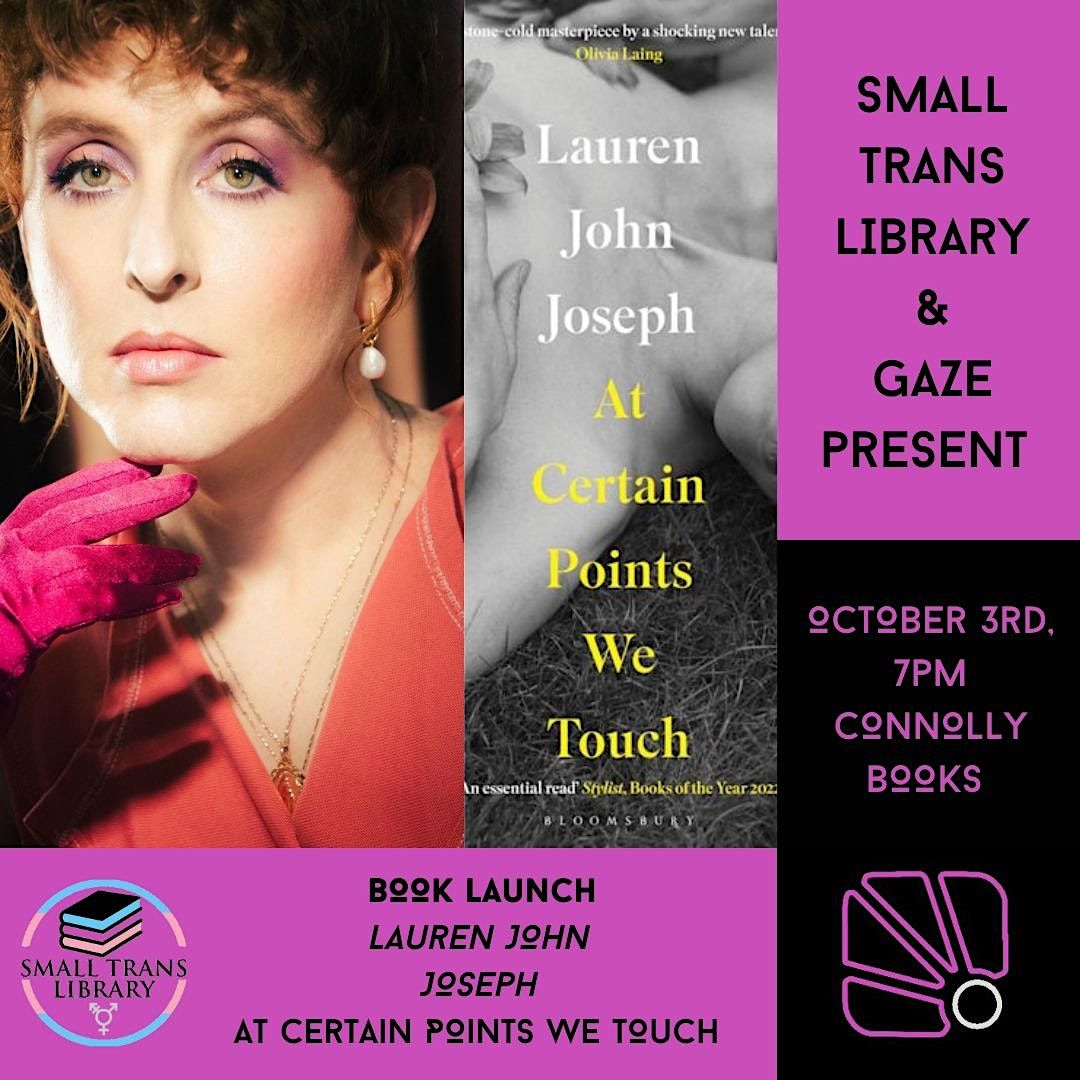 Advertisement
GAZE Film Festival and the Small Trans Library team up to being you the Irish launch of Lauren John Joseph's 'At Certain Points We Touch'.
About this Event

GAZE International LGBTQ+ Film Festival and the Small Trans Library are delighted to bring you the Irish launch of Lauren John Joseph's At Certain Points We Touch. The event will coincide with GAZE's overall programming, at which Lauren John Joseph's short film Child of Polycritus will also be screening.

Lauren John Joseph (formerly La JohnJoseph) is a British born American-educated artist and writer, who works at the intersection of video, text, and live performance. At Certain Points We Touch is their debut novel, a story of first love and last rites, conjured against a vivid backdrop of London, San Francisco and New York – a riotous, razor-sharp coming-of-age story that marks the arrival of an extraordinary new talent. It has received praise from Esquire, Stylist, and Tatler, as well as the likes of Torrey Peters, Olivia Laing, and Michelle Tea.

T﻿he evening will begin with a reading by Lauren, after which they will be in conversation with the Library's Jess Bernard. This will be followed by a book signing, with refreshments provided with thanks by Connolly Books.

C﻿hild of Polycritus will be screening as part of THE ART OF IMAGINATION block of shorts at GAZE International LGBTQ+ Film Festival at 15:15 on October 1st in the Light House Cinema.