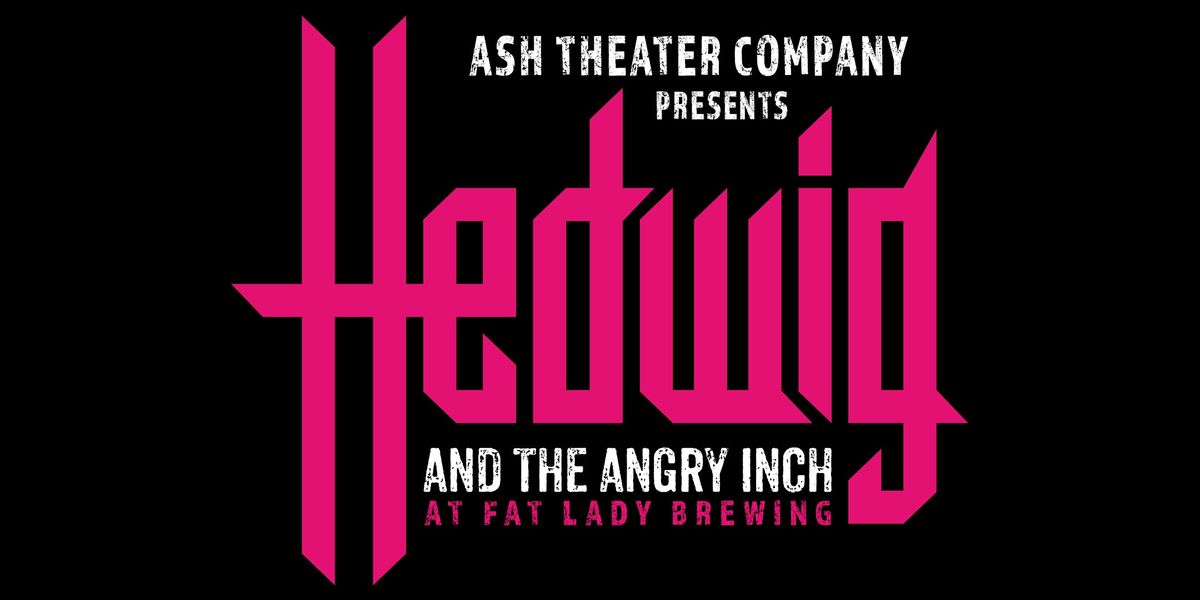 Drag, rock 'n roll, and a brewery!? What more could you ask for?
About this Event

The Story of Hedwig & the Angry Inch

Hedwig tells her story, which began in the former East Berlin where as Hansel he meets Luther, an American GI who promises to take the young man to the States on the condition that he switch his sex. After the bungled operation, Luther abandons newly named Hedwig in a Kansas trailer park, where she turns to music and meets geeky Tommy Speck, whom she takes under her wing and soon falls for. Tommy steals her songs, achieves rock star fame, and Hedwig is once again cast aside. She decides to demand redress and stalks Tommy’s world tour, performing in the T.G.I. Fridays that are situated next door to his stadiums. Hedwig describes her life’s search for “The Origin of Love” and her other half. It’s a rocking ride, funny, touching, and ultimately inspiring to anyone who has felt life gave them an inch when they deserved a mile.

Run-time: 100 minutes with no intermission.

Performances, prices, dates, times, and cast are subject to change without notice. The performance venue opens 30 minutes prior to curtain time. The performance begins promptly at the time noted on the ticket. There will be no late seating for this performance.

Please note: Due to the age of the building, the performance space is only accessible via stairs.

Is there an age limit? All guests require a ticket, regardless of age. Anyone under the age of 18 must be accompanied by an adult.

What are my transport/parking options for getting to the event?

What can/can't I bring to the event? Outside food and beverages are not permitted inside the performance space. All bags are subject to inspection before entering the event. We ask that all guests silence or turn off their phones during the production. Any photography, video or audio recording of this production is strictly prohibited. Any guest taking photos, videotaping or recording the production in any form will be asked to leave without a refund. The upstairs bar will be open prior to the start of the performance and at intermission.

What is the refund policy? All ticket sales are final. No exchanges or refunds will be issued.